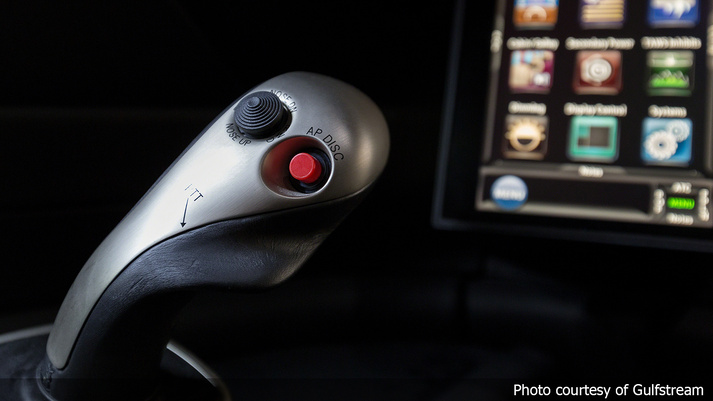 The world’s first certified civil active inceptor.
Gulfstream Aerospace Corporation recently announced the certification of its G500 aircraft by the Federal Aviation Administration, equipped with BAE Systems’ active sticks. The achievement marks a milestone in the history of flight controls, as the world’s first certified civil active inceptor – an accomplishment that earned both BAE Systems and Gulfstream the 2017 Aviation Week Technology Laureate Award. Every G500 jet will be manufactured with BAE Systems’ active sticks installed.
Active sticks — otherwise known as active control sidesticks or active inceptors — are the controls a pilot uses to fly the aircraft. Unlike passive controls, active sticks provide intuitive tactile feedback that helps pilots control the aircraft and maintain a stable flight.
“The certification of our active sticks on the G500 marks the completion of an eight-year development program,” said Ehtisham Siddiqui, vice president and general manager of Controls & Avionics Solutions at BAE Systems. “We originally developed a variant of this technology for the F-35, and Gulfstream will now be the first in business aviation to offer our active control sidesticks to its customers.”
The G500 is a twin-engine business jet designed for high-speed travel, offering an unprecedented combination of speed, technology, reliability, safety and performance. Gulfstream is setting a new safety standard as the first in business aviation to offer active control sidesticks on its aircraft. Gulfstream delivered the first G500 on 27 September 2018.
BAE Systems has been providing its active stick technology for fixed- and rotary-wing military aircraft for more than two decades. When certified for F-35, it became the first certified military active stick in the world.
Decades ago, aircraft moved to digital fly-by-wire controls from mechanical controls, meaning much of the tactile feedback from pilot controls was lost. Active sticks return that feedback to the pilot, within a completely electronic system, which also offers significant weight and volume savings over mechanical controls. By providing an indication of any impending structural or aerodynamic operating limits — such as excessive bank angle or stall — the active sticks improve a pilot’s awareness and ability to control the plane. 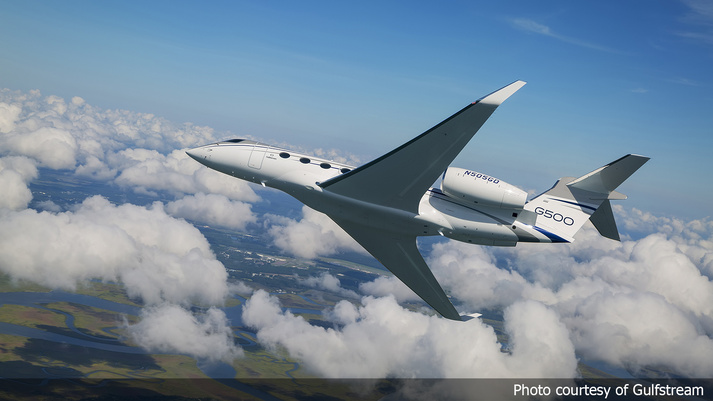 BAE Systems is a leader in the design, development, production, and support of high-integrity flight and engine controls, and cabin and flight-deck systems for commercial and military aircraft. In fact, every second a flight takes off enabled by the company’s flight critical systems. The active sticks were designed, and will be manufactured, at BAE Systems’ facility in Rochester, United Kingdom.
Ref. No. 132/2018
Contact