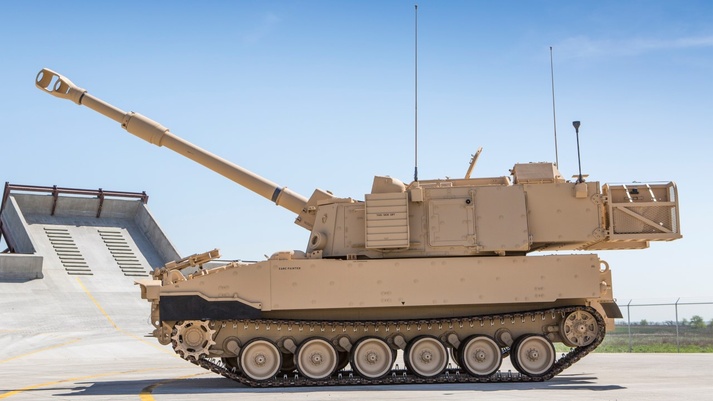 The U.S. Army awarded BAE Systems a contract option worth $245.3 million to complete the low-rate initial production (LRIP) of the M109A7 self-propelled howitzer and M992A3 ammunition carrier.
“The success of this program is directly attributable to the partnership between the Army and BAE Systems,” said Adam Zarfoss, director of Artillery and Bradley programs at BAE Systems.  “We’ve worked as a team to bring this much needed enhanced combat capability to the soldier to address immediate needs while providing a platform that can support future growth as requirements evolve.”

The M109A7 program is a significant upgrade over the vehicle’s predecessor, the M109A6 Paladin Self-Propelled Howitzer. It uses the existing main armament and cab structure of the M109A6, but replaces the vehicle’s chassis structure with a new design that increases survivability and allows for the integration of Bradley common drive-train and suspension components. Additionally, the system leverages technologies developed under the Crusader and Non-Line-of-Sight Cannon programs such as a 600 volt on-board power generation, distribution and management system, coupled with high-voltage gun drive and projectile ramming systems.

BAE Systems was awarded a one-year base contract for the M109A7 in October 2013, and the first of two option year awards to produce an additional 18 vehicle sets in October 2014. The current exercise is for the second option year to produce an additional 30 sets. One set includes an M109A7 Paladin Self Propelled Howitzer (SPH) along with its battlefield companion, the M992A3 Carrier Ammunition, Tracked. With all options exercised, BAE Systems will deliver a total of 66 vehicle sets plus one additional SPH and associated kits, spares, and technical documentation to complete the LRIP phase. The U.S. Army has a total acquisition objective of 580 vehicle sets.