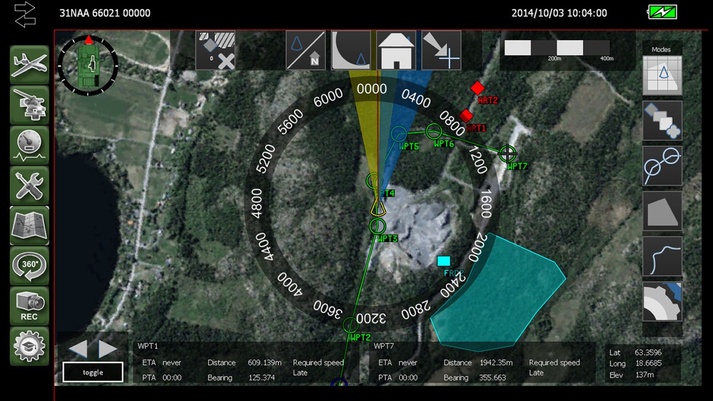 BAE Systems has used advanced fighter jet technology to create a situational awareness system that allows armored vehicle crews to ‘see through’ their vehicles in real time, and gives commanders a complete view of the battlespace.
The system, called BattleView 360, will be on display on the CV90 tracked vehicle at the DSEI exhibition in London this week. BattleView 360 is highly adaptable and is being designed to seamlessly integrate with multiple existing vehicle types, systems, and radios.
At its core, BattleView 360 is a digital mapping system that collates, displays, and tracks the positions of all surrounding features of interest in two- or three-dimensional modes. This allows a vehicle commander to make rapid and informed decisions and communicate plans and instructions to other vehicles. The displayed imagery helps crews identify friendly and enemy forces, and can be used to generate safer routes out of the view of the enemy.
“Knowing what is going on around you has always been a challenge for armored vehicle crews inside noisy machines with limited visibility,” said Peder Sjölund, technology manager at BAE Systems Hägglunds, a subsidiary of BAE Systems, Inc. in the United States. “BattleView 360 builds on years of work across BAE Systems to improve situational awareness and integrate information so that crew workload is reduced and they can make fast, yet effective, decisions. The result is increased battlefield effectiveness and survivability.” 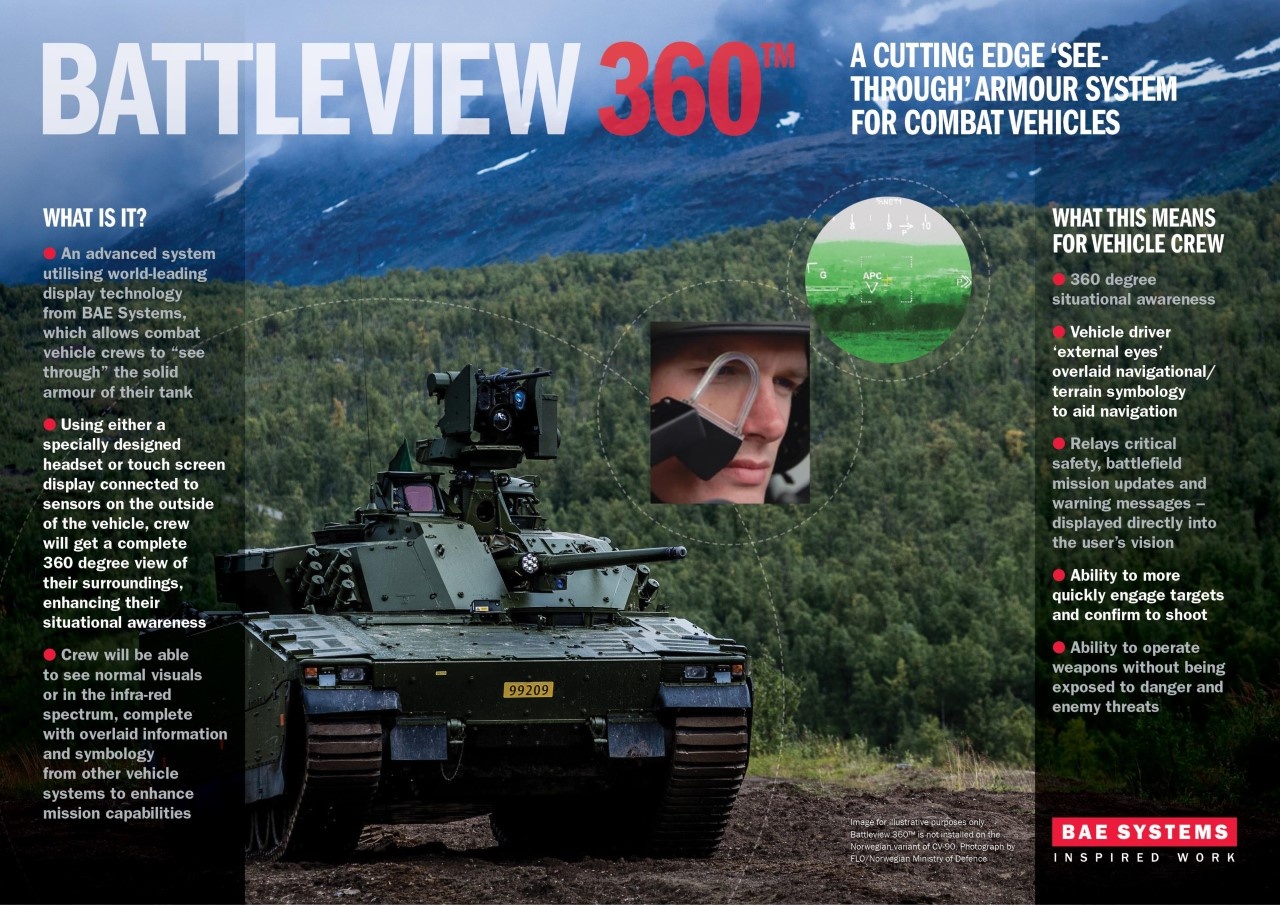 BattleView 360 infographic
The head-worn part of the system can be synced to vehicle cameras to provide a ‘see-through’ capability in both visual and infrared. It can also be used by dismounted soldiers to relay information back to the vehicle. In a complete battlespace picture environment, the display can be integrated onto other vehicles or even unmanned aerial systems. BattleView 360 employs a head-down touch-screen display to allow commanders to quickly assess information and make quick and efficient decisions for targeting or other purposes. It also allows the commander to view the display of other crew members, such as a gunner.
Investment in advanced technologies for the land domain is a key focus for BAE Systems. Similar investment in an intelligent turret technology is being carried out by BAE Systems Combat Vehicles (U.K.) business. Both the U.K. and Swedish programs are vehicle agnostic and the technology can be integrated with new or existing vehicles via an electronic architecture.
BattleView 360’s head-down system features include:
For multimedia, please visit: https://resources.baesystems.com/?c=5828&k=f17ac7a0b2
Ref. 120/2015
Contact