Features CV90 Norway: Future forces in the digital age
Fight in real time, without delay and with exceptional precision. With the CV90 land, sea, and air forces can be connected digitally.

This is the first in a series of three articles on the digitization and connectivity of the CV90 infantry fighting vehicle (IFV).
For the most effective defense possible, digitally connected soldiers and armed units are the future. The Norwegian Armed Forces have made a huge investment in digital defense in recent years and are now at the forefront of the digital age of warfare.
A significant centerpiece of the digitization of the Norwegian Armed Forces is the CV90, a modern IFV with the latest technology when it comes to electronic architecture – keeping the vehicle connected on the battlefield to air, sea, and other land assets.
”The CV90’s digital platform is fundamental to the Norwegian Army’s capability to cooperate more effectively with joint operational resources from sea and air in the future,” said Major General Lars Sivert Lervik, chief of the Norwegian Army.
BAE Systems played a significant supporting role to get this done in close cooperation with the Norwegian government and local industry partners KONGSBERG Defence and Aerospace, which delivers Integrated Combat Solutions (ICS), and Thales Norway’s communication network SOTAS, which provides vehicle communication, networking, and sensor integration. These combined capabilities provide the Norwegian Army with new dimensions for conducting warfare as efficiently and effectively as possible.
Partnering with industry
KONGSBERG and Thales play significant roles when it comes to digital performance. The latest digital deployment of ICS, in combination with an information security system, is an important part of top-level defense capability for enabling real-time communication among land, sea and air forces.
“We develop and manufacture one of the world's best combat vehicles and by combining our expertise with local industry partners, we will be even better,” said Dan Lindell, director of combat vehicles at BAE Systems Hägglunds, which manufactures the CV90 in Örnsköldsvik, Sweden. “This is a cutting edge system that allows the crew to make more efficient decisions in an extremely stressful situation.” 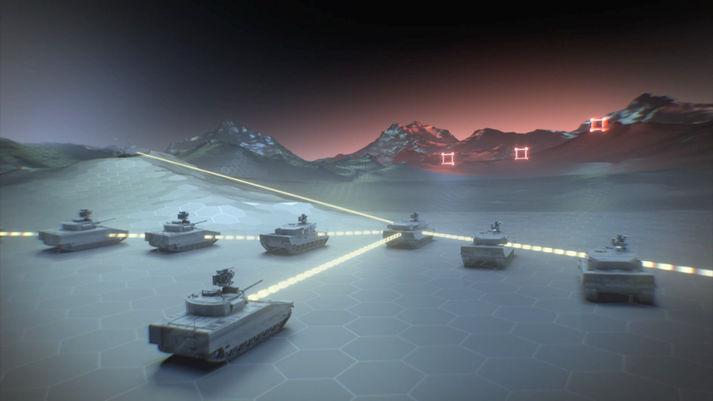 Investing in the Future Battlefield
The CV90 comes in 15 variants and is more than an IFV. For example, the Swedish Army is buying a mortar variant of the vehicle, Mjölner, that can feature a variety of calibers for its main gun. All of the variants can be fitted with the latest electronic architecture and technological innovations that put this family of vehicles at the apex of the digital age.
Norwegian Armed Forces are among the seven nations’ militaries operating the CV90 and have invested in the platform for many years. BAE Systems recently supported the upgrade of 144 combat vehicles to the newest system with 20 additional CV90 vehicles scheduled for delivery by 2023.
Even after the vehicles are delivered, BAE Systems continues to work with the customer and local industry to continuously upgrade and add new technology to the vehicles.
”When we integrated the latest version of the CV90 into the Norwegian Army in 2015, we had a huge increase in capacity in special command and control (C2), sensor and power utilization,” Lervik said. “CV90 has given the Norwegian Armed Forces increased operational effectiveness through seamless goals; data sharing between combat platforms and tactical support, which is currently artillery focused but will include ground-based long-range precision weapons in the future; and new tank capacity.”
Please check back on our website next week to read the second installment in this three-part series.
Contact