Dating back to the last century, BAE Systems has been the autonomy systems provider of choice for nearly every significant U.S. Department of Defense program

Autonomy technologies have been dominating media headlines for the last few years, most notably with the recent advances in autonomous vehicles and drones. But what most people don’t realize is that autonomy technology is not new – it’s a technology that has been around for several decades.

BAE Systems has created advanced autonomous systems for customers in the defense and intelligence communities for more than 20 years. We have also been the autonomy systems provider of choice for nearly every significant U.S. Department of Defense program dating back to the last century. In fact, we were the original developer of the autonomy software used in the Defense Advanced Research Projects Agency (DARPA) Joint Unmanned Combat Air System (J-UCAS) program dating back to 2002, and have continued to mature the technology in the intervening years.

Since that time, we’ve been developing autonomy technologies for many other efforts, including manned-unmanned teaming that we’ve routinely and regularly demonstrated in flight tests such as our recent distributed battle management program. In addition, BAE Systems is cited in The Mitchell Institute’s policy paper “Manned-Unmanned Aircraft Teaming: Taking Combat Airpower to the Next Level,” which was presented on Capitol Hill earlier this month, and points to our long heritage supporting autonomy technologies for the U.S. government.

An approach advocated by The Mitchell Institute in the paper is to unman fourth-generation aircraft, which would cost-effectively provide for an increased U.S. global presence without exacerbating the ongoing pilot shortage. This approach would also allow the warfighter to develop new tactics for unmanned wingmen without the expense of developing a new aircraft. We believe that using our advanced Mission Effectiveness Augmentation System® software is also a good approach that can enable manned-unmanned teaming to maximize the effectiveness and survivability of U.S. aircraft.

“Autonomy technologies support the warfighter in any mission – on the ground, or in the air, sea, or space – and span from the smallest sensor products to the largest enterprise services,” said Dr. Jerry M. Wohletz, vice president and general manager of FAST Labs at BAE Systems. “What all of these technologies have in common is the ability to help the warfighter team with machines to intelligently make better decisions faster, and we’re committed to continuing to develop these technologies to keep our warfighters safe.”

As an organization, we define autonomy as integrating control, estimation, and learning to create adaptive and intelligent solutions capable of real-time information processing and decision making. BAE Systems’ FAST Labs research and development team has and continues to pioneer technologies in three primary categories within autonomy: situational assessment and understanding, machine learning and artificial intelligence, and mission planning and decision making. 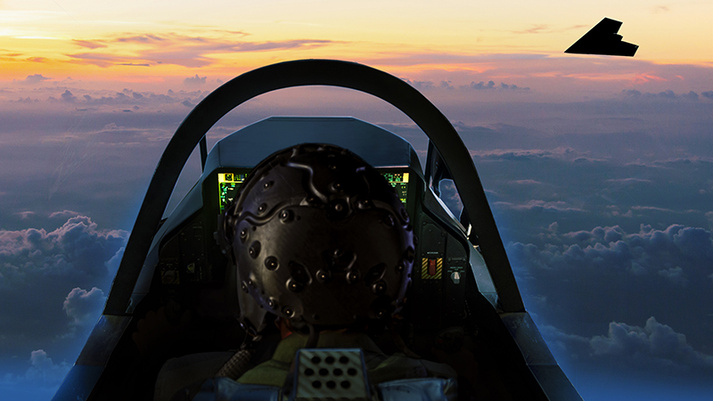