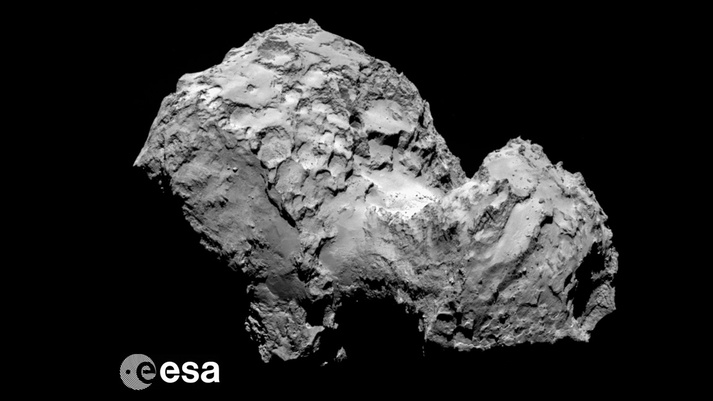 We have played a key role in supporting the Rosetta mission by creating a very powerful computer system known as the Intermediate Frequency Modem System (IFMS).

“Approaching, orbiting, and landing on a comet require delicate and very accurate manoeuvres. The target comet is a relatively small object about 4 kilometres in diameter, moving at speeds as great as 55,000 kilometres per hour. To help make any of this possible, what we have done in layman’s terms, is create a ‘smart phone’ for interplanetary communication, command and control that gave the European Space Agency the capability to communicate with and control the Rosetta probe.

“IFMS is used by the European Space Agency to measure the position and speed of the spacecraft on its journey to comet 67P, as well as receive the signals from Rosetta to help produce the amazing images we have seen in the last 24 hours. The system addresses two key challenges. The first is to navigate the spacecraft during its 10 year mission which has seen it travel around 800 million kilometres away from the Sun and close to the orbit of Jupiter. IFMS is so powerful it can measure the speed to within fractions of a millimetre per second and the position of spacecraft to within a metre anywhere in the Solar System.

The second is to create a very sensitive and clever receiver that can pick-up the incredibly weak signals sent back to Earth and convert them into data that can be used to communicate the findings of the mission. The real images you see of the Comet will have been received by IFMS.

“It’s amazing to see something I have worked on being part of such a significant scientific programme that will help us understand the origin and evolution of the Solar System.”