The contract award secures more than 2,000 jobs and demonstrates our enduring commitment to the Solent region and to Portsmouth, home of the Royal Navy. It follows a successful 12 year track record delivering services in Portsmouth, during which we have delivered savings in excess of £173 million for the taxpayer. 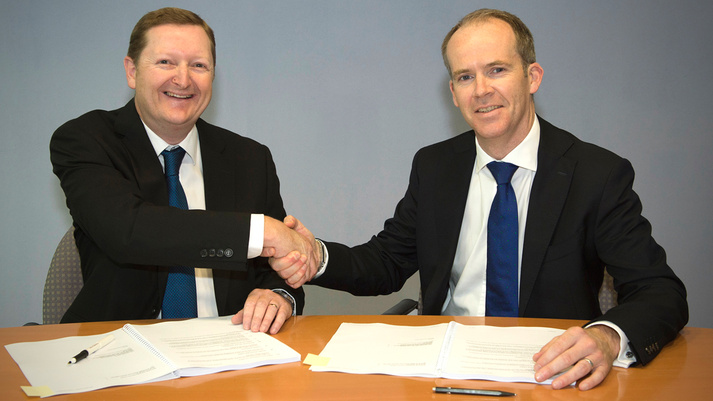 The contract award secures more than 2,000 jobs and demonstrates BAE Systems’ enduring commitment to the Solent region and to Portsmouth, home of the Royal Navy.   It follows a successful 12 year track record delivering services in Portsmouth, during which the company has delivered savings in excess of £173 million for the taxpayer.

John Hudson, Managing Director, Maritime at BAE Systems, said: “This contract is an excellent example of our continued commitment to work collaboratively with the Royal Navy to increase the efficiency and effectiveness of operations at our Portsmouth business.

“This is an exciting time for everyone at the naval base. Working together, we will prepare the naval base for the arrival of the UK’s Queen Elizabeth Class Aircraft Carriers and continue to use our ship design and build knowledge to support the surface Fleet in service. This supports the Royal Navy’s operational capability and will deliver further savings for taxpayers.”

Commodore Jeremy Rigby, Commander of Portsmouth Naval Base, said: “The contract will keep the base running at the highest standards and will ensure our ships are in the best possible condition and operating at the highest capability. It has sustained more than 2,000 jobs at the base and many more in the supply chain.

“This announcement comes at an exciting time for Portsmouth Naval Base as we prepare for the arrival of the Royal Navy’s two new aircraft carriers – HMS Queen Elizabeth and HMS Prince of Wales.”

The Maritime Support Delivery Framework (MSDF) contract will run to 2019 and provides a partnering agreement between BAE Systems, the Royal Navy and the Ministry of Defence.  The contract will deliver a range of support services to ships, including technical services, maintenance, repair and upgrades to ensure ships are available for their operational requirements.   It includes the management of the Portsmouth Naval Base estate on behalf of the Royal Navy, delivering everything that is needed to live and work on the base such as planning, engineering, hard facilities management, programme management and estates services covering energy, waterfront and logistics.
BAE Systems has been delivering services under the Warship Support Modernisation Initiative for the last 12 years and the Surface Ship Support Programme since 2011 during which the overall cost of providing services in Portsmouth Naval Base has significantly reduced.  Throughout this time BAE Systems has supported the local supply chain and significantly contributed to the local economy.
Portsmouth Naval Base will be developed following significant Government investment in the infrastructure of the site, upgrading and improving facilities and services and providing a long term future for Portsmouth.  This will provide the basis for integration of services to support ships and will provide a vehicle to support future classes including the Queen Elizabeth Class Aircraft Carriers. 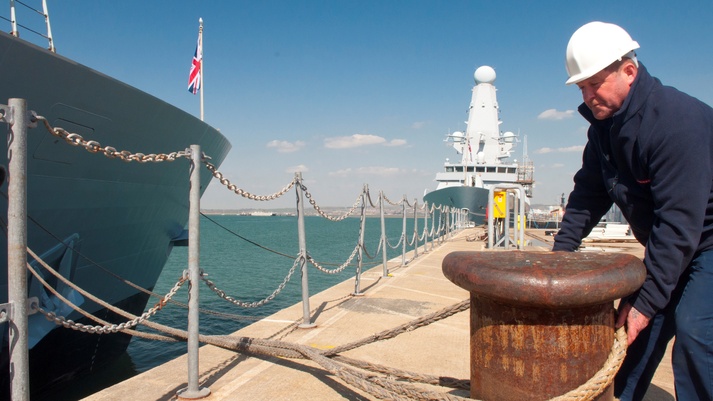