The Vickers Supermarine Attacker was the first jet fighter to enter squadron service with the Royal Navy.

The design was developed by Supermarine Aviation Works against Specification E.1/44, later modified to E.10/44, for a jet fighter with a laminar flow wing and a single jet engine. Vickers Supermarine married what was essentially the wing of the Vickers Supermarine Spiteful to a new fuselage with bifurcated intakes feeding a Rolls-Royce Nene engine.

Although initially developed to an RAF requirement, the new design was ultimately developed for carrier service. To modern eyes, the type is unusual both for its unswept wing and tailwheel undercarriage (with twin tail-wheels).

Production aircraft, built to Specification E.1/45, featured a range of modifications, including revised fin and tailplane and increased internal fuel capacity and were designated as the Type 398 Attacker F.1.

A large external ventral fuel tank was introduced, along with an extended dorsal fin and folding wing tips. 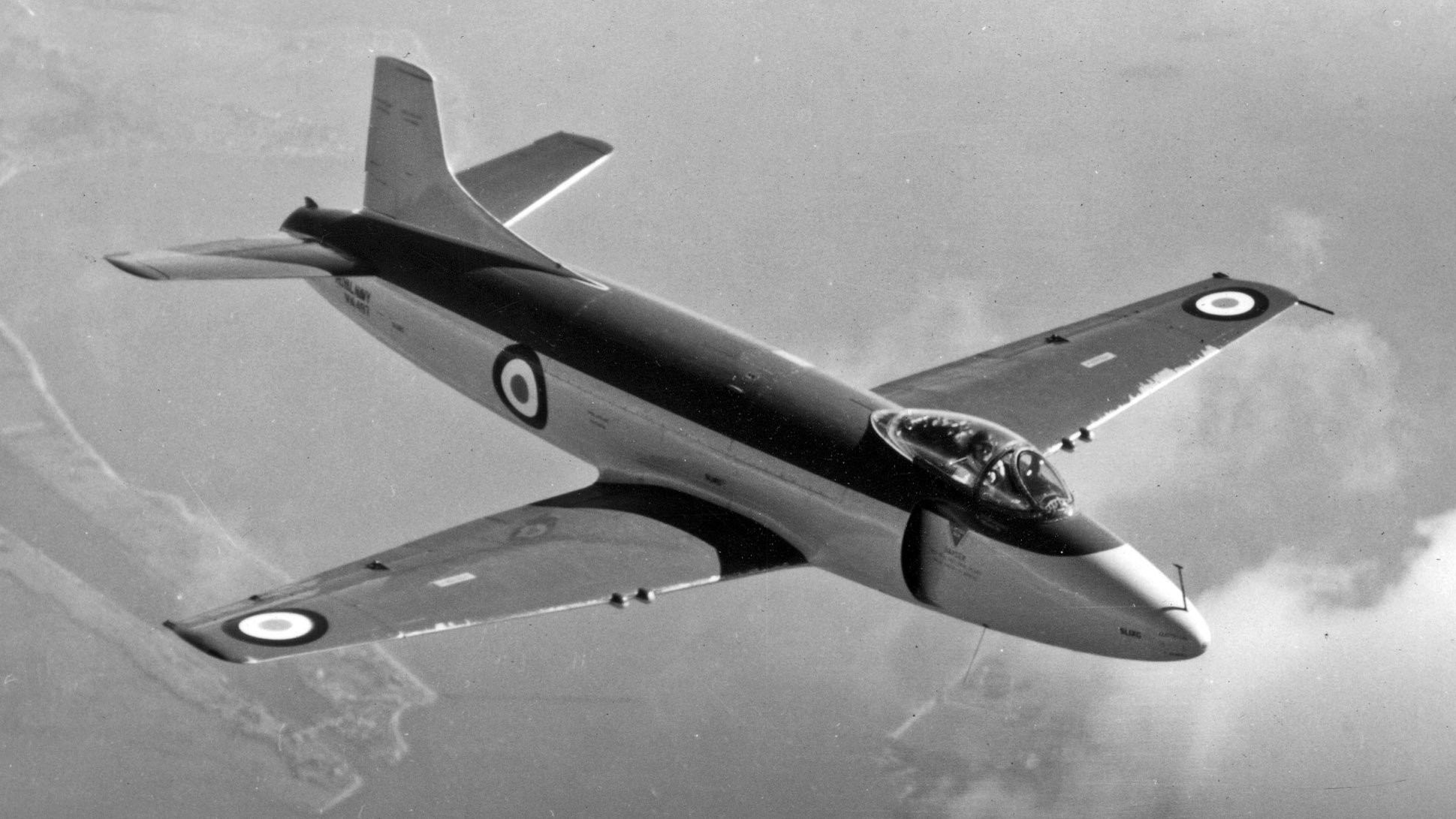 The type entered service with 800 Sqn at RAF Ford Aerodrome, West Sussex in August 1951 although it had a relatively brief service life, being progressively replaced by the Hawker Sea Hawk from 1954 onward.

36 additional Vickers Supermarine Attacker Type 538 land-based aircraft were also built for the Pakistan Air Force which remained in service until 1964. 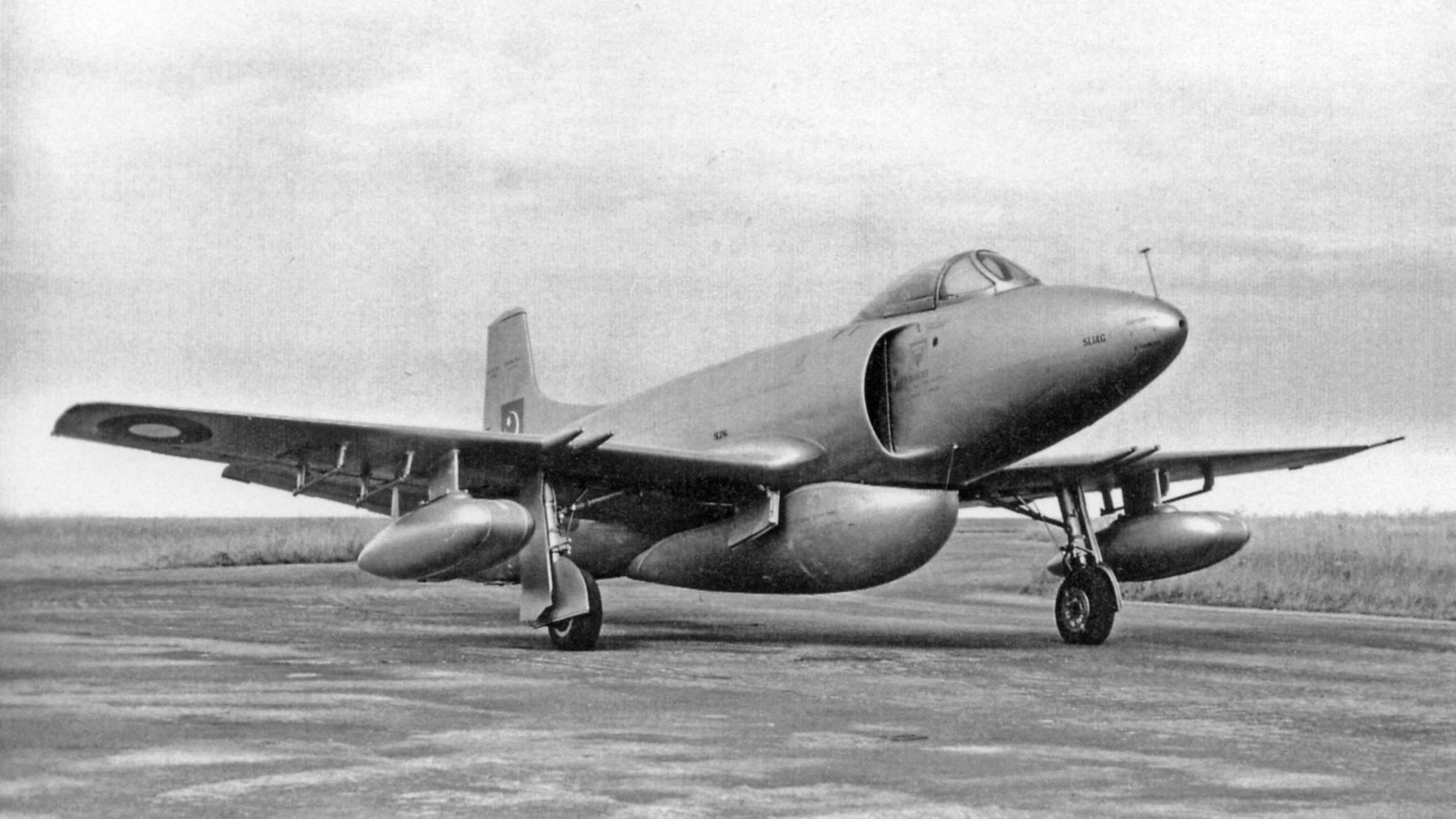