Our Company Heritage Gloster Javelin
The last Gloster fighter to enter service with the RAF. 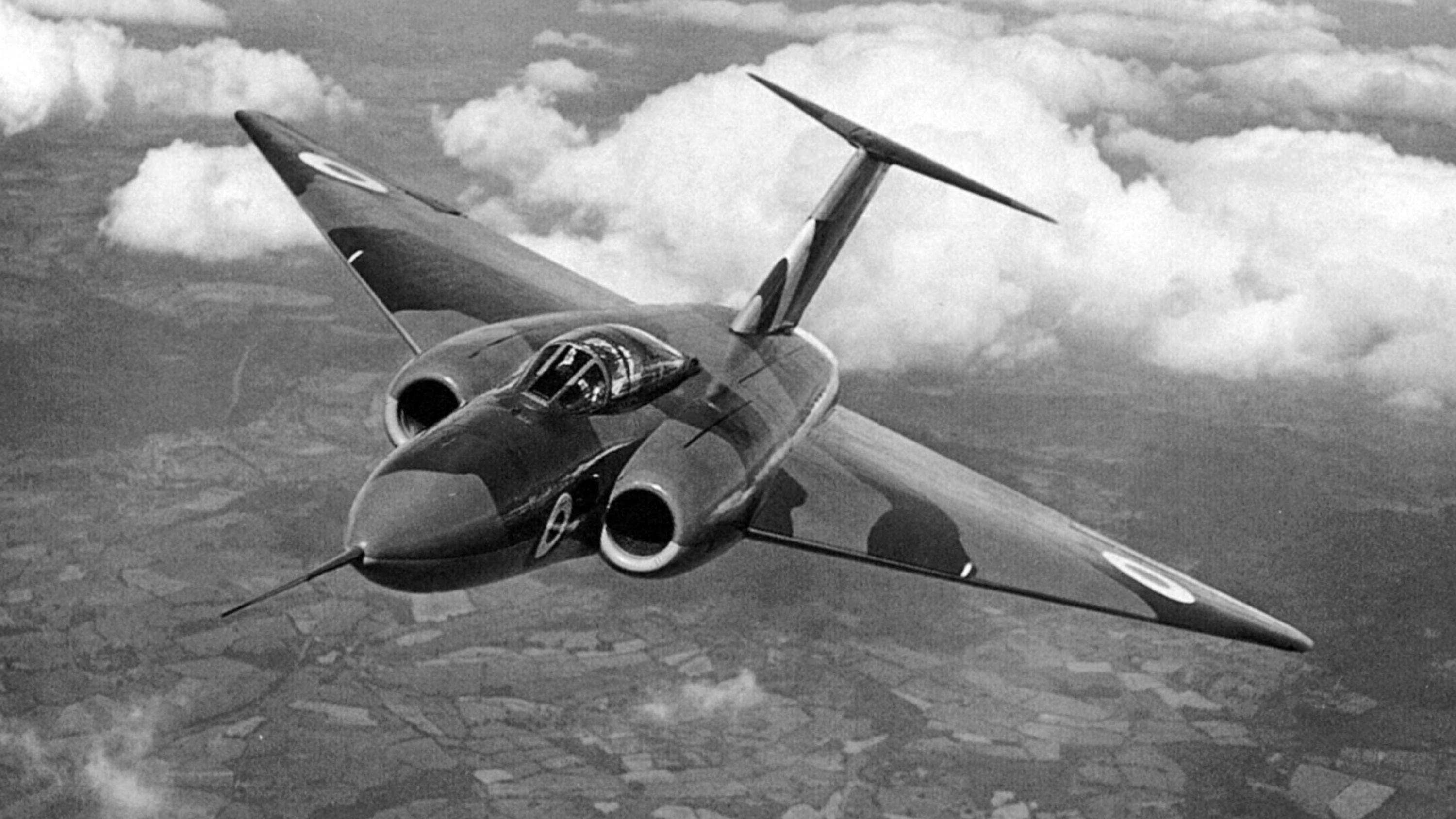 The last design of the Gloster Aircraft Company Ltd to enter service was the GlosterGA.5 Javelin, an all weather fighter with its unique tailed delta configuration.

The first prototype Gloster GA.5 Javelin (WD804) was taken by road from Hucclecote to Moreton Valence for its first flight, which took place on 26th November 1951. Gloster Chief Test Pilot Bill Waterton was at the controls and he described the aircraft 'as easy to fly as an Anson' although in his report he did express concern over the inadequate power controls.

The first production Javelin FAW.1 (XA544) flew on 22nd July 1954 and significant developmental changes had been made between the initial GA.5 and the production aircraft, including changes to the canopy, nose profile, wing planform and flight controls. Modifications, in particular to the wing, continued during the aircraft’s production run. 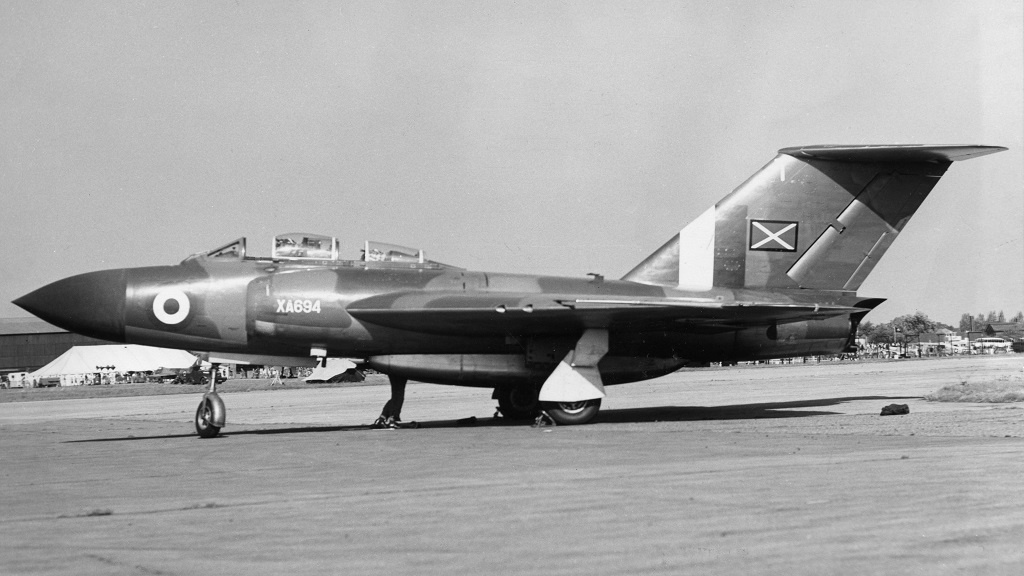 Air Service Training at Hamble was responsible for the design of the forward fuselage modifications for the Gloster Javelin T. Mk 3 operational trainer which contained dual-controls under a bulged canopy.

The T. Mk 3 prototype (WT841) was also assembled at Hamble, before being disassembled and moved by road to Gloucester for its first flight. This took place on 20th August 1956 and a further 22 production Javelin T. Mk 3 were subsequently built by Gloster. 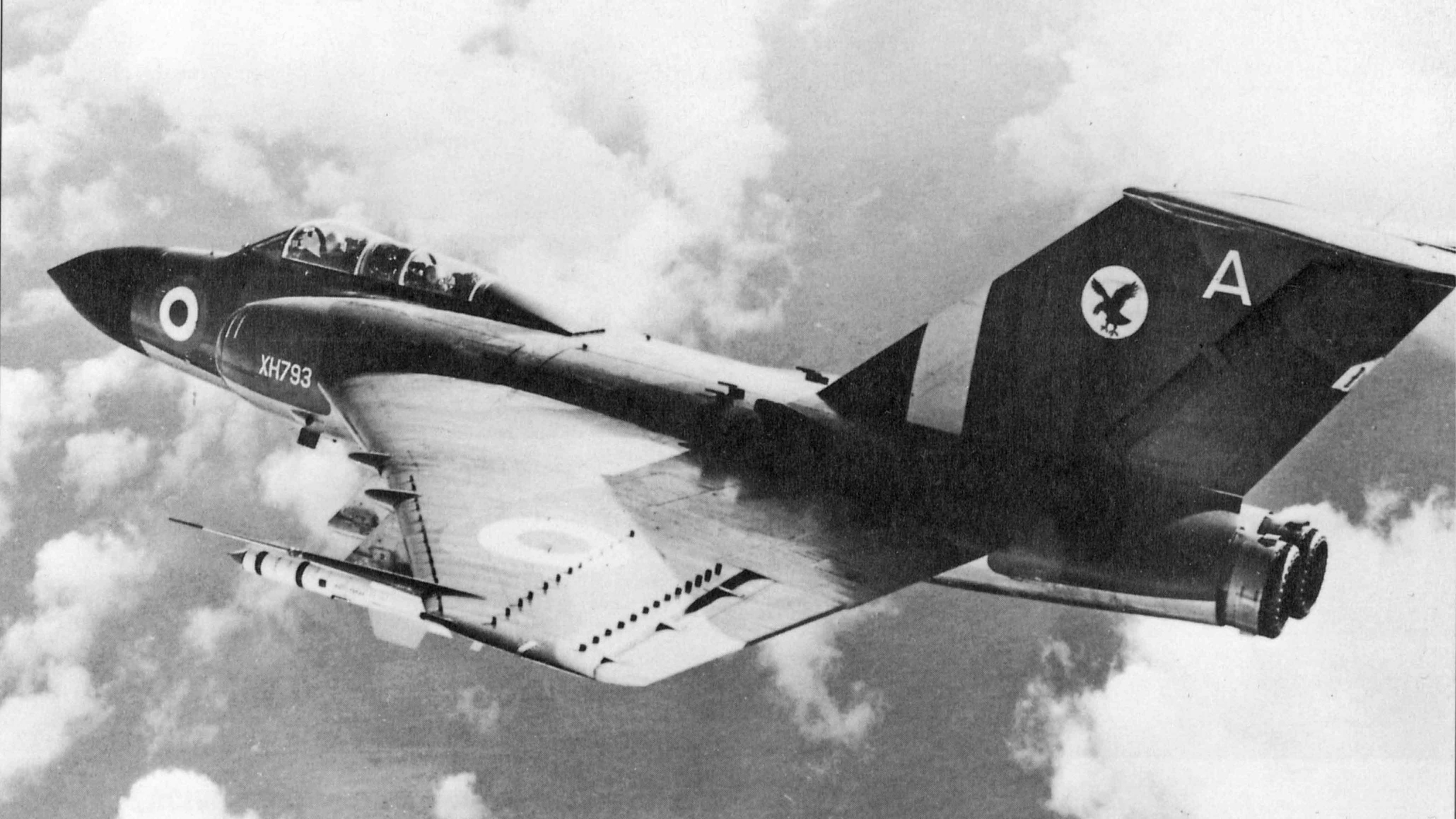 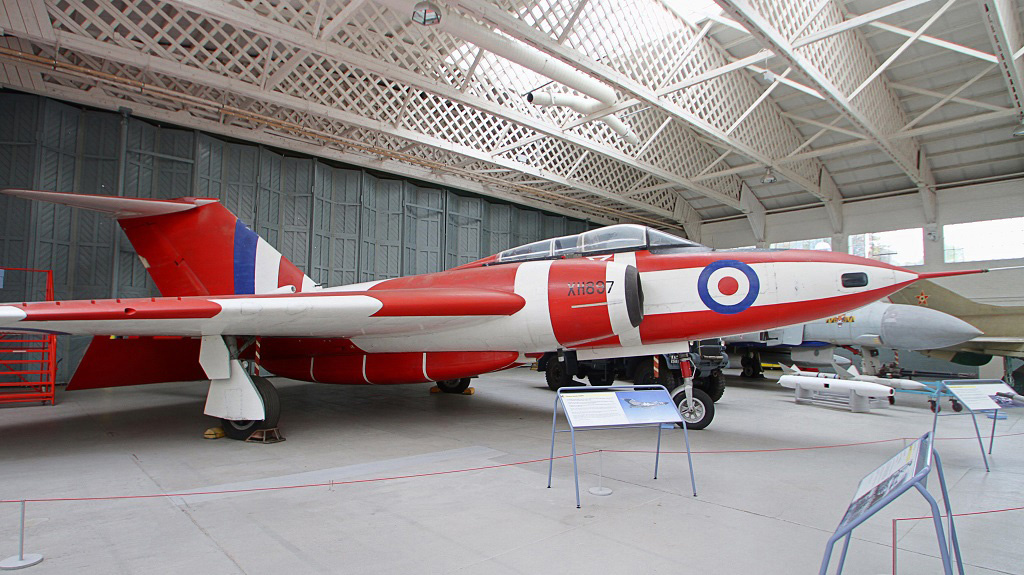 Javelin FAW9 XH897 was the last Javelin to fly (in support of trials at Boscombe Down).