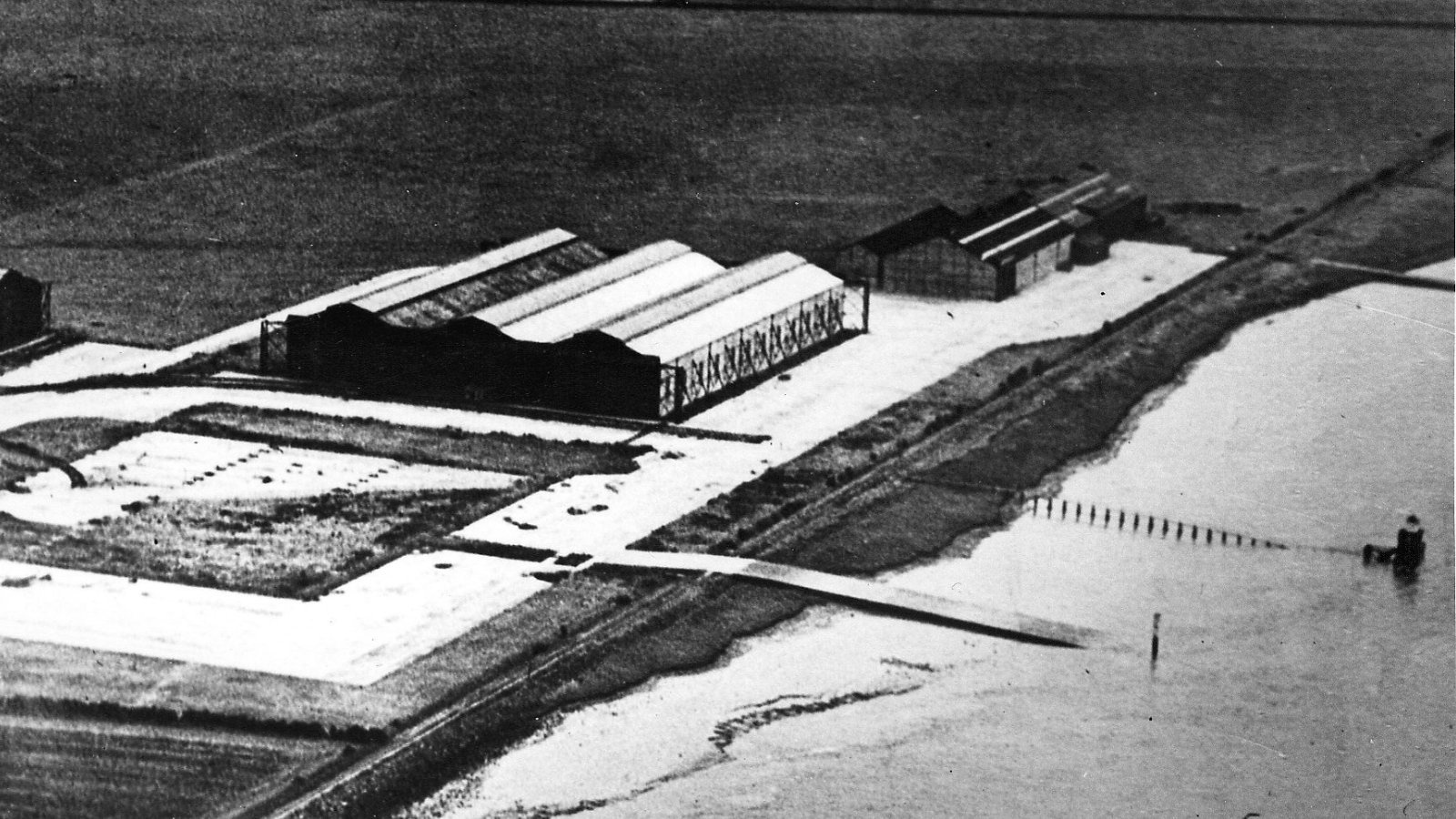 Whilst the aircraft manufacturing side of the factory on the banks of the Humber may have reduced, the BAE Systems facility at Brough, in East Yorkshire, has maintained a vital role in the company’s military aircraft business.
It has been the engineering centre for the BAe Hawk trainer, many hundreds of which remain in service with air forces throughout the world today, as well as the UK centre for Military Aircraft Structural Testing.

Having set up his business in Leeds during 1910, aviation pioneer Robert Blackburn incorporated the Blackburn Aeroplane and Motor Company in 1914. Soon after he established a new factory at Brough, in the East Ridings of Yorkshire in 1916. 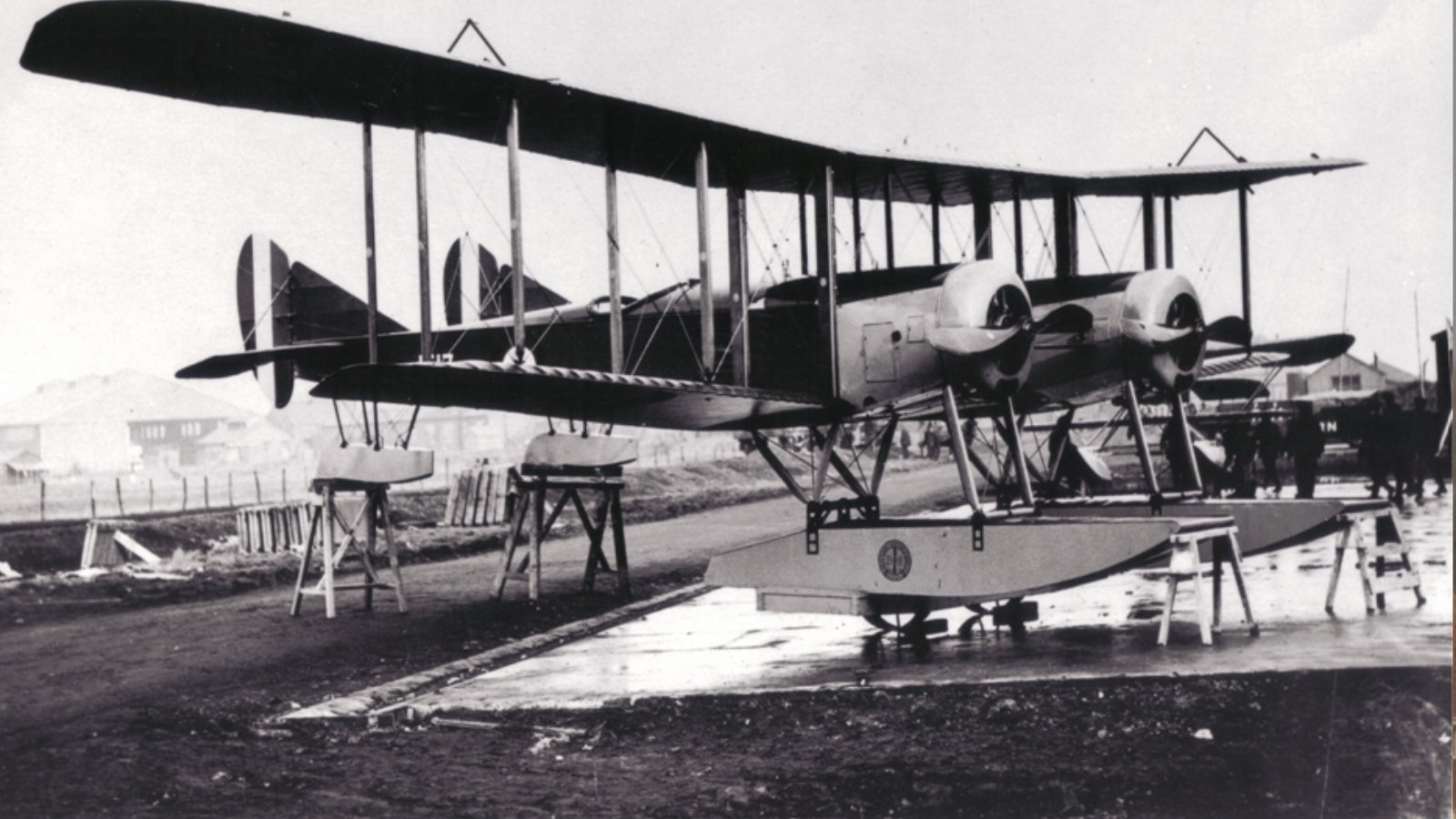 The Blackburn TB, one of the first aircraft to be built at Brough in 1915
As the First World War was raging in Europe, Blackburn was rapidly producing seaplanes for the allied forces and the Humber River proved to be a convenient test facility.  Whilst the Blackburn family claim that Robert Blackburn himself identified the site, some have laid counter-claims that it was chosen by Mark Swann, an aide to Blackburn, and who is said to have selected the location due to its proximity to 2 very nice ale houses!

During the mid-war years, Brough concentrated heavily on the production of torpedo bombers, seaplanes and other patrol aircraft, creating many designs for consideration by the Fleet Air Arm.
Aircraft such as the Blackburn Dart, Blackburn Ripon, Blackburn Baffin, Blackburn Shark and Blackburn Skua were being produced in their hundreds, as were a series of mighty, three-engine flying boats culminating in the Blackburn Perth, armed with a 37mm anti-shipping cannon.

Civil aircraft were not ignored however, with the introduction of the two-seater side-by-side Blackburn Bluebird Club aircraft, which subsequently developed into the Blackburn B2 trainer.  It was a Bluebird that won the prestigious King’s Cup Air Race in 1931, and another (a Bluebird IV) was used by Mrs Victor Bruce in her famous round the world flight in 1930-1931. 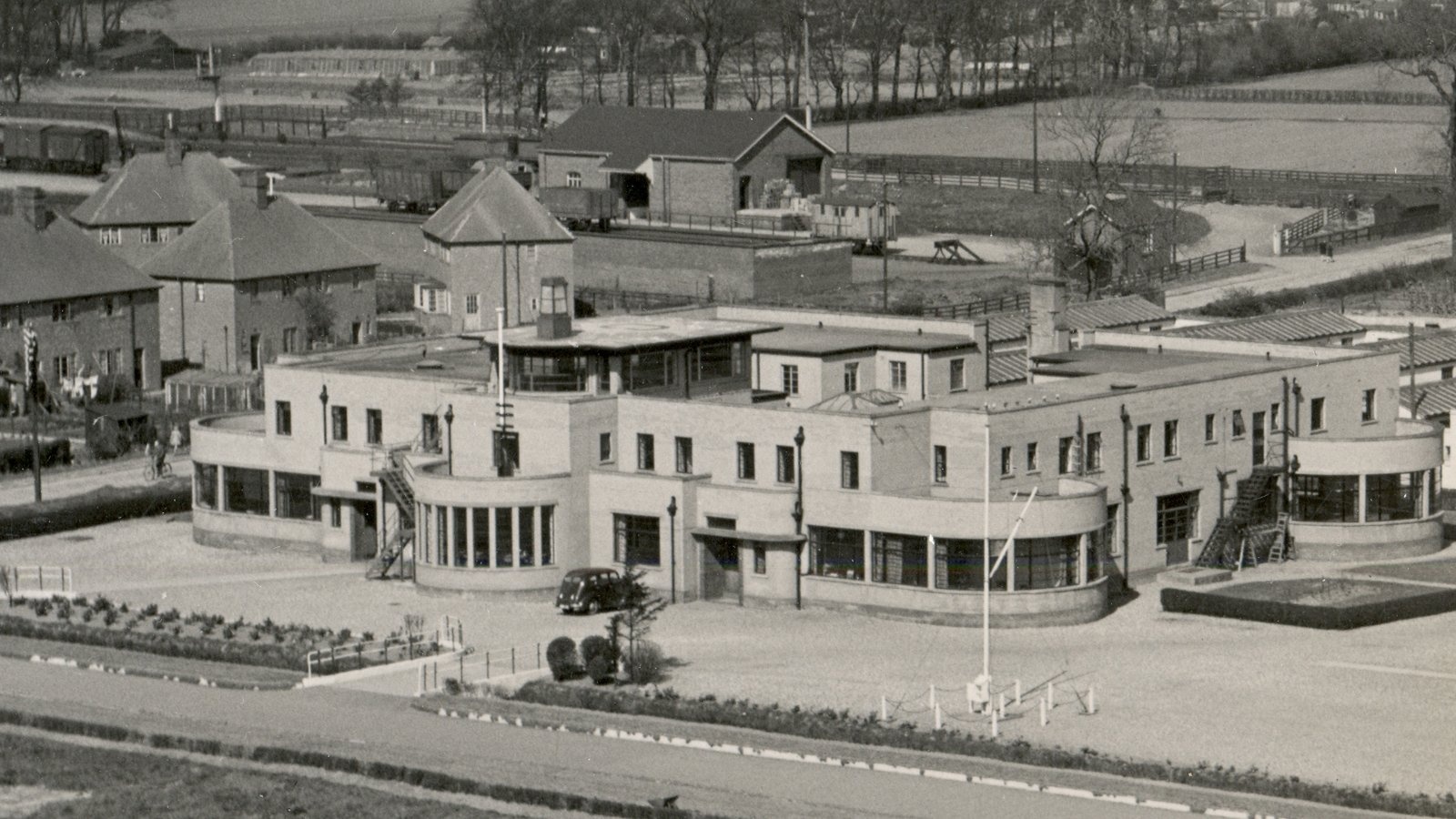 Flying training led to the construction of the Flying School in 1937, designed by the Hull Architect’s Williams & Jopling
In 1934, Blackburn Aircraft acquired the Cirrus Hermes Engineering Company and moved them into a new building on the Brough Site. The new acquisition was subsequently renaming it as Blackburn Engines Ltd.
Two new Blackburn sister factories were built during 1936. One was sited on the banks of the River Leven at Barge Parkin, Dumbarton, Scotland and it was responsible for the production of both the Shorts Sunderland flying boat, Blackburn Shark and the Blackburn Botha. The second new facility was created at nearby Sherburn-in-Elmet which concentrated on the sub-contract build of the Fairey Swordfish.
With the outbreak of World War II, the Brough factory intensified its production of the Blackburn Botha light bomber / trainer and latterly, the sub-contract build of the Fairey Barracuda naval torpedo bomber. During the same period, Brough was also involved in a considerable amount of work adapting nearly 4,000 American aircraft, as well as repairing war-damaged aircraft.

An amalgamation with General Aircraft Limited (GAL) in 1949, resulted in the arrival of the GAL Freighter prototype at Brough.
This mammoth aircraft was to become the Blackburn Beverley, with production numbers at Brough reaching a peak in 1953. 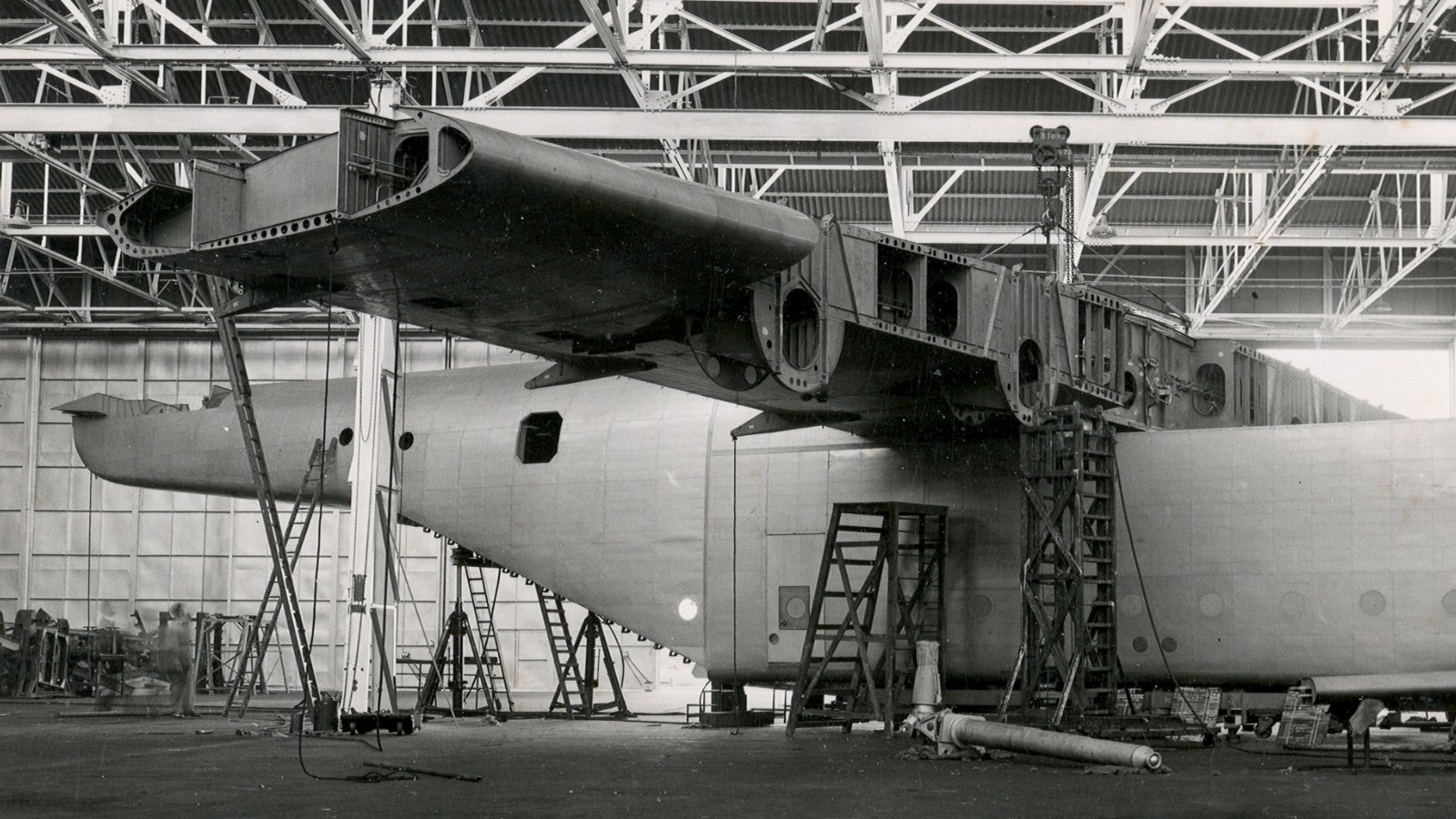 Fitting the mainplane to the fuselage of a GAL Freighter 1949
On occasional weekends between 1949 and 1957, the runway and airfield perimeter road became a race track and it can lay claim to be the venue where Sir Stirling Moss recorded his first ever race victory.
Brough also received a number of VIP visitors during these busy periods including Earl Mountbatten, who opened the new high-speed wind tunnel during the late 1950s. 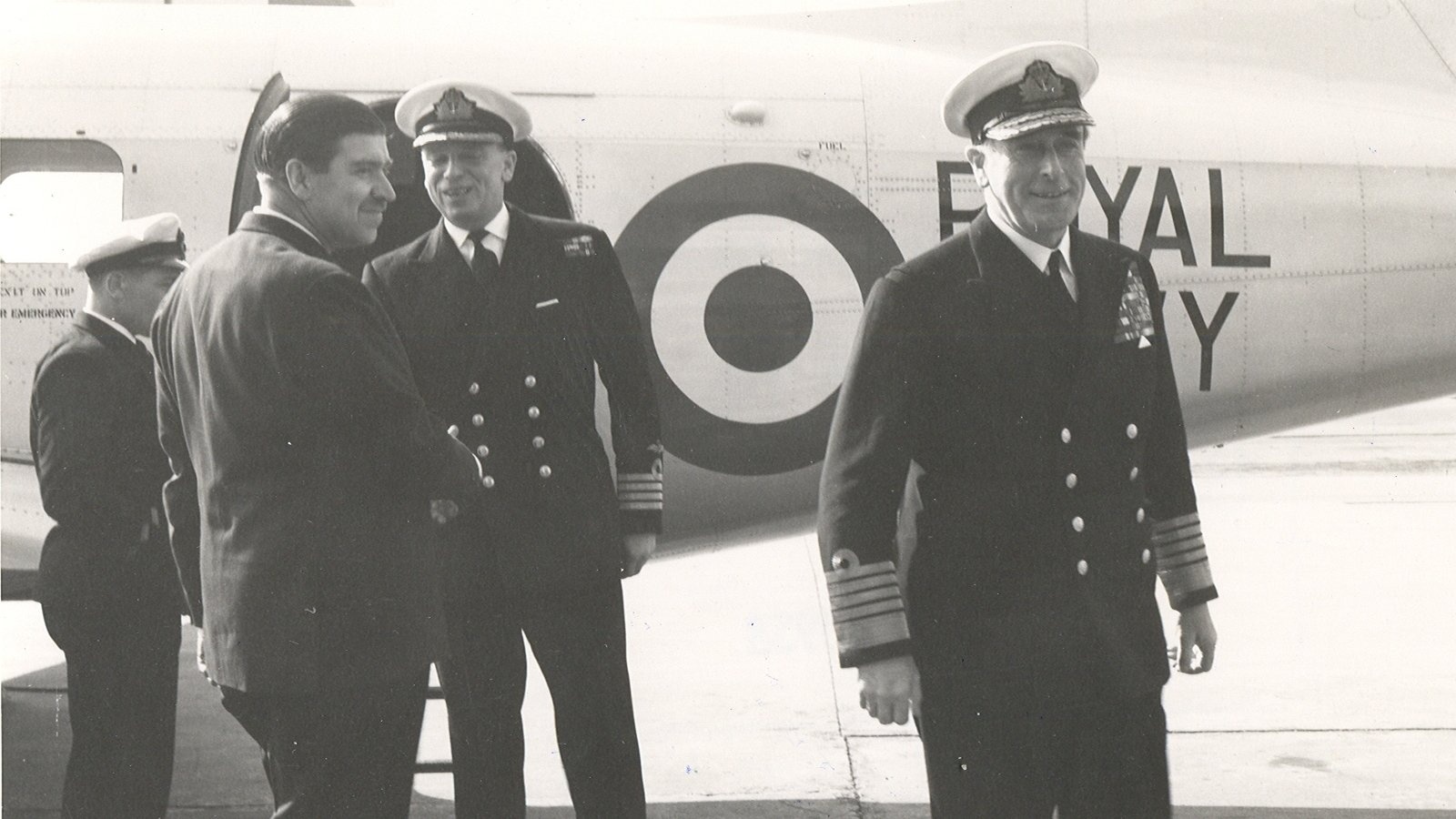 Earl Mountbatten of Burma opens the new high speed wind tunnel in March 1958
With the exception of a single YB2 / HP88 research aircraft, Brough and Blackburn’s first venture into the jet age was with the introduction of the Blackburn Buccaneer, a carrier-borne attack aircraft.  Designed by Barry P Laight during the 1950’s, the Blackburn Buccaneer remained in service with the RAF until 1994. It proved to be one of Brough's most successful products, serving with the Royal Navy for 32 years. 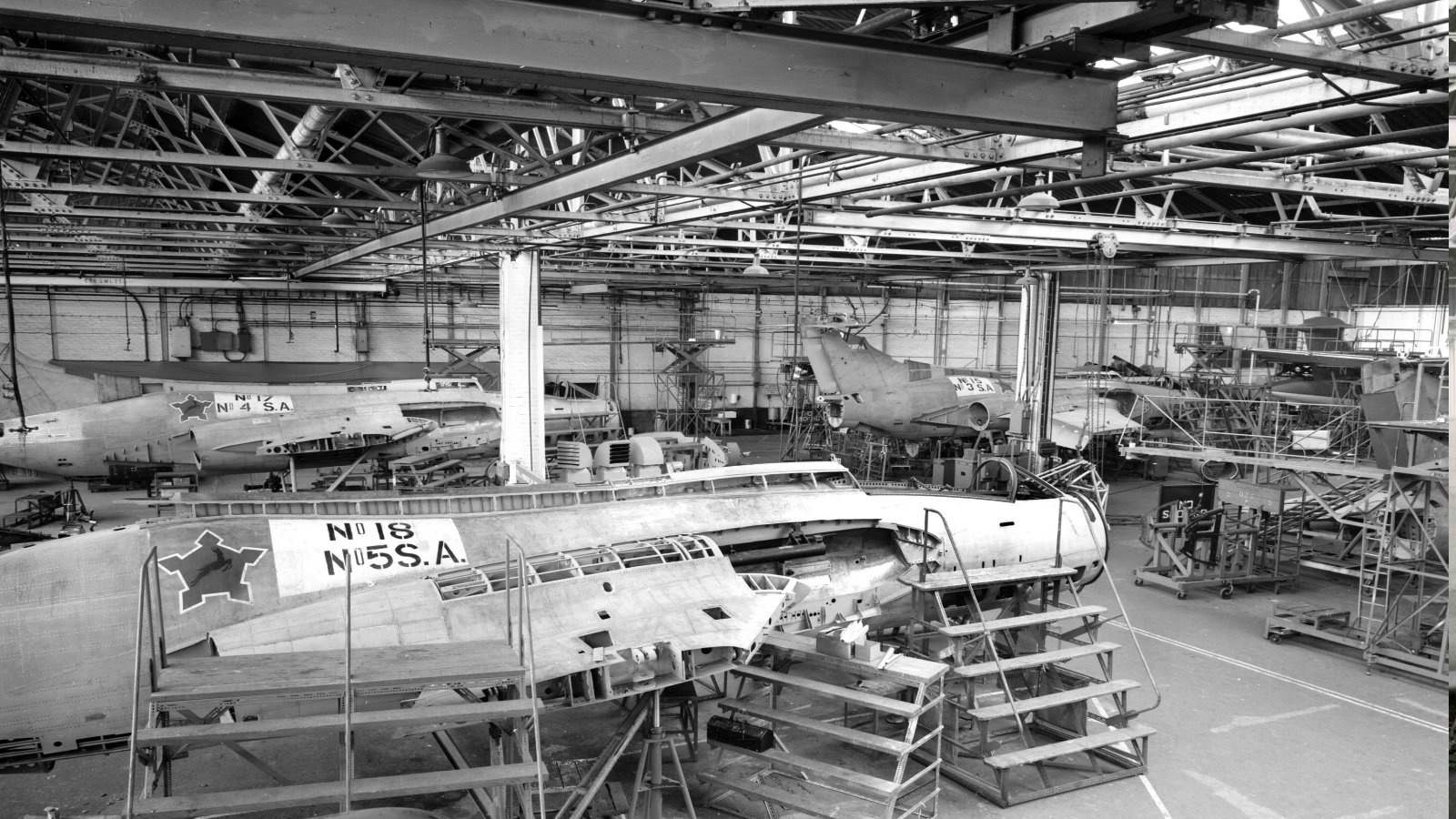 Buccaneer Production 1962
With the enforced rationalisation of the aircraft industry in 1963, the Blackburn factory at Brough became part of Hawker Siddeley Aviation Group and it concentrated on what was now named the HS Buccaneer.
It also became increasingly engaged in aircraft component manufacture and completed expert testing work for other parts of the HSA organisation.
A few years later, Brough was selected as the ‘Sister Design Organisation' for the 170 Rolls-Royce powered McDonnell F4 Phantom aircraft, which entered service with the Royal Air Force and Royal Navy in 1969. During its UK service career, some fifty Phantom squadrons were supported by the Brough engineering teams and there were 296 aircraft that were returned to Brough for upgrade, modifications and repair. The combination of the support for the Buccaneer and Phantom meant that between 1972 and 1978, the Brough factory was responsible for both of the Fleet Air Arm’s most formidable front line aircraft.
Other projects at Brough continued alongside the military aviation activity including work on the fuselage of the Hawker Siddeley Trident airliner as well as structural component machining for what were to become the first Airbus aircraft such as the A300 and A310. This also led to the manufacture of airliner parts for the HS / BAe 146 Whisper Jets.
Extensive work was also carried out on the Hawker Harrier Jump Jet and the Hawk trainer projects, with the latter subsequently being produced at Brough as a complete aircraft.
During the 1970s, Hawker Siddeley was amalgamated with British Aircraft Corporation to become British Aerospace. This brought the production of components for the BAe Harrier although with the end of the production of complete aircraft, the airfield was closed during the 1990s.
While the manufacture of new Harriers concluded in 1997, the last remanufactured aircraft (Harrier II Plus configuration) was delivered in December 2003, ending the Harrier production line and the association with the aircraft at Brough ceased in 2003. A few years earlier, British Aerospace had amalgamated with Marconi Electronic Systems during 1999 and it emerged as BAE Systems.
Flying was briefly resumed at Brough when the company decided that BAe Hawk aircraft would be flown direct from Brough to Warton and this resulted in a temporary resumption of flying from the Brough runway in 2008. 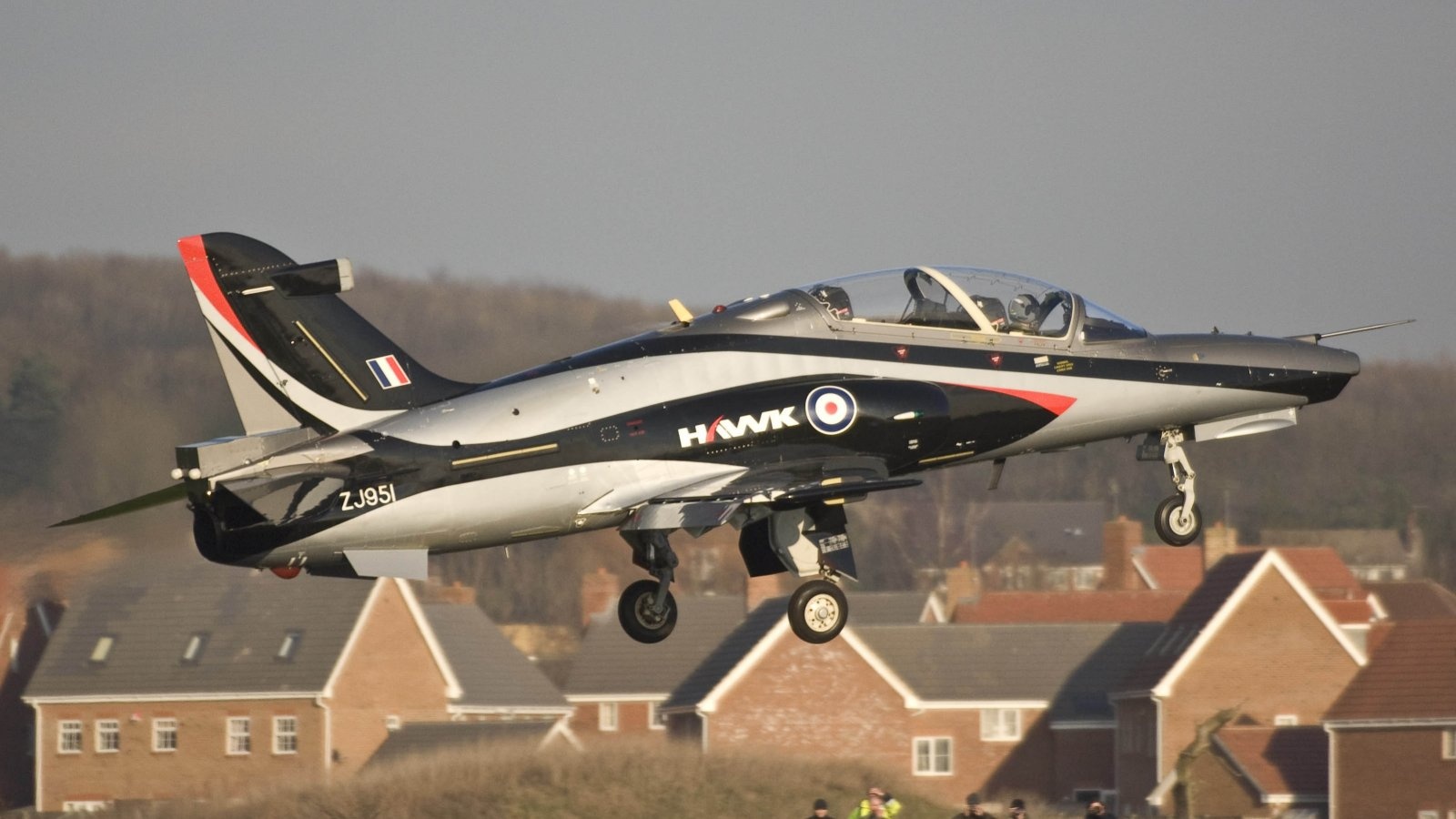 Hawk 100 (ZJ951) departing Brough
Much of the Brough site has now been downsized and many of the factory building and workshops have been repurposed as the Humberside Enterprise Park.
Sadly, whilst BAE Systems at Brough is undergoing a major transition, recent announcements effectively bring to an end an illustrious history of complete aircraft production at the UK’s oldest remaining aircraft factory.