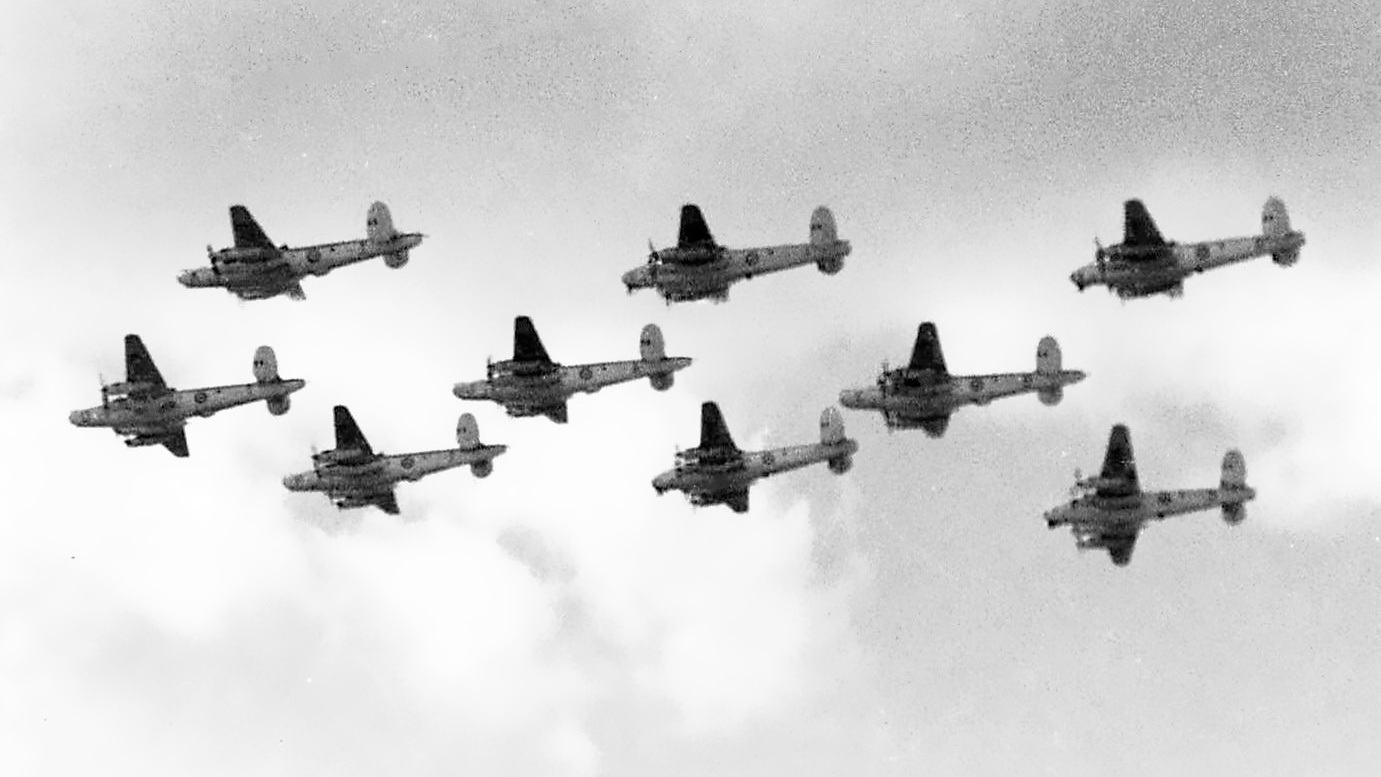 Avro 696 Shackleton MR.1's & MR.2's flypast at Queen's Coronation Review.
The Avro Aircraft Company  Avro 696 Shackleton is a long-range maritime patrol aircraft, first flown (VW126) at Woodford on 9th March 1949, in the hands of Chief Test Pilot JH ‘Jimmy’ Orrell.
It was designed in response to Air Ministry Specification R 5/46 by a team led initially by Lancaster designer Roy Chadwick. Tragically, Chadwick was killed in a crash in 1947, although the project continued on unabated. The type was developed as Britain's response to the growing threat of the Soviet Navy, and its submarine fleet, which could be found in and around UK waters.
The prototype Avro 696 Shackleton G.R.1 (VW126) was later re-designated as a Marine Reconnaissance MR.1. It differed from the later production variants, in so far as it featured gun turrets, and the capability for air-to-air refuelling.
Initially produced as the Avro Type 696 Shackleton ASR3 for RAF Coastal Command, it was evolved predominantly from the Avro 694 Lincoln, although it also drew on a number of Avro 688 Tudor assemblies.
The Avro 696 Shackleton MR.1 featured a chin-mounted search radar, as well as two 20mm cannon in the nose. Two more cannons were sited in a mid-upper dorsal turret, as well as two 0.5in machine guns in the tail.  Engine power was provided by a pair of Rolls-Royce Griffon 57A engines (inboard) and a pair of Rolls-Royce Griffon 57 engines (outboard).
Later, and upon entering RAF Service in 1951, its name was changed to Avro Shackleton, chosen after the polar explorer Sir Ernest Shackleton.
Production statistics comprised three prototypes, followed by 29 Avro Shackleton MR.1 and 48 Avro 696 Shackleton MR.1A, the latter fitted with four Griffon 57A engines (and wider outboard nacelles). 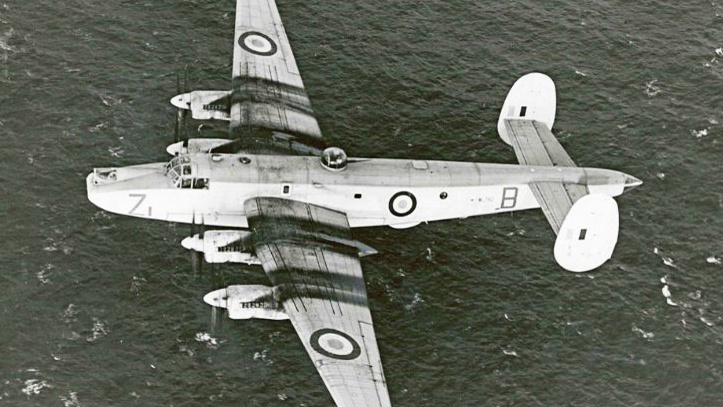 The aircraft recorded significant improvements on previous Avro designs, most crucially with its increased patrol range of up to 3,000 nautical miles, as well as featuring the capacity to instal large amounts of newly-developed electronic surveillance equipment within the fuselage.

The Avro Shackleton MR.2 (WB833) first flew on 17th June 1952, and carried a number of improvements initially conceived for the Avro Shackleton MR.1. These included a more streamlined nose, an improved radar installation and changing to a retractable ‘dustbin’ radome mounted under the fuselage aft of the bomb bay.

The nose and tail gun armament were deleted, although the mid-upper turret was initially retained (but subsequently deleted from all aircraft once in service). Twin retractable tail-wheels replaced the original single wheel fixed unit. 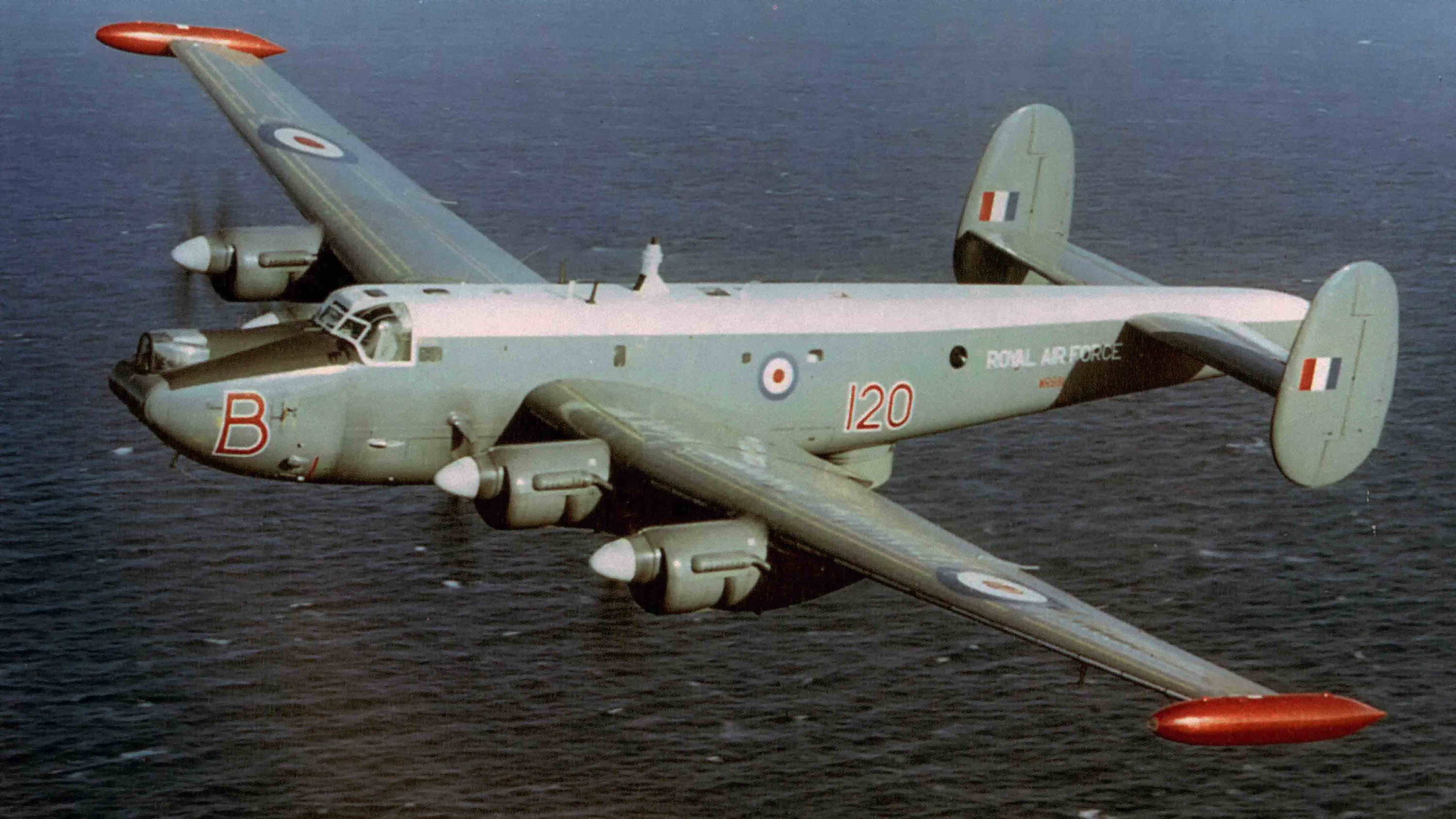 Air to air photograph of Avro 716 Shackleton MR.3 (WR989) of 120 Sqn RAF.
The final variant was the Avro 716 Shackleton MR.3, the first of which (WR970) flew on 2nd September 1955.
The Avro 716 Shackleton MR.3 was another redesign in response to crew feedback, introducing a tricycle undercarriage with twin main wheels and a revised wing planform and wing-tip fuel tanks. The overall dimensions of the fuselage were increased, with new wings featuring improved ailerons and the capability for the use of tip tanks. The cockpit and crew sections were also fitted with better sound insulation, whilst those aircraft destined for 15-hour patrols were also equipped with a galley and sleeping accommodation.
The twin nose-mounted 20mm cannon were re-introduced on the Avro 716 Shackleton MR.3 variant, whilst the mid-upper turret were deleted.  On the plus-side, provision was made for the under-wing carriage of rockets or sonobuoys.
Normal power was provided by four Rolls-Royce Griffon 27A engines, driving contra-rotating propellers. However, in the case of the Avro 716 Shackleton MR.3 - Phase 3, a pair of 2,500 lbst Rolls-Royce Viper 203 turbojets were added, to improve take-off performance with one Viper installed at the rear of each outboard engine nacelle. 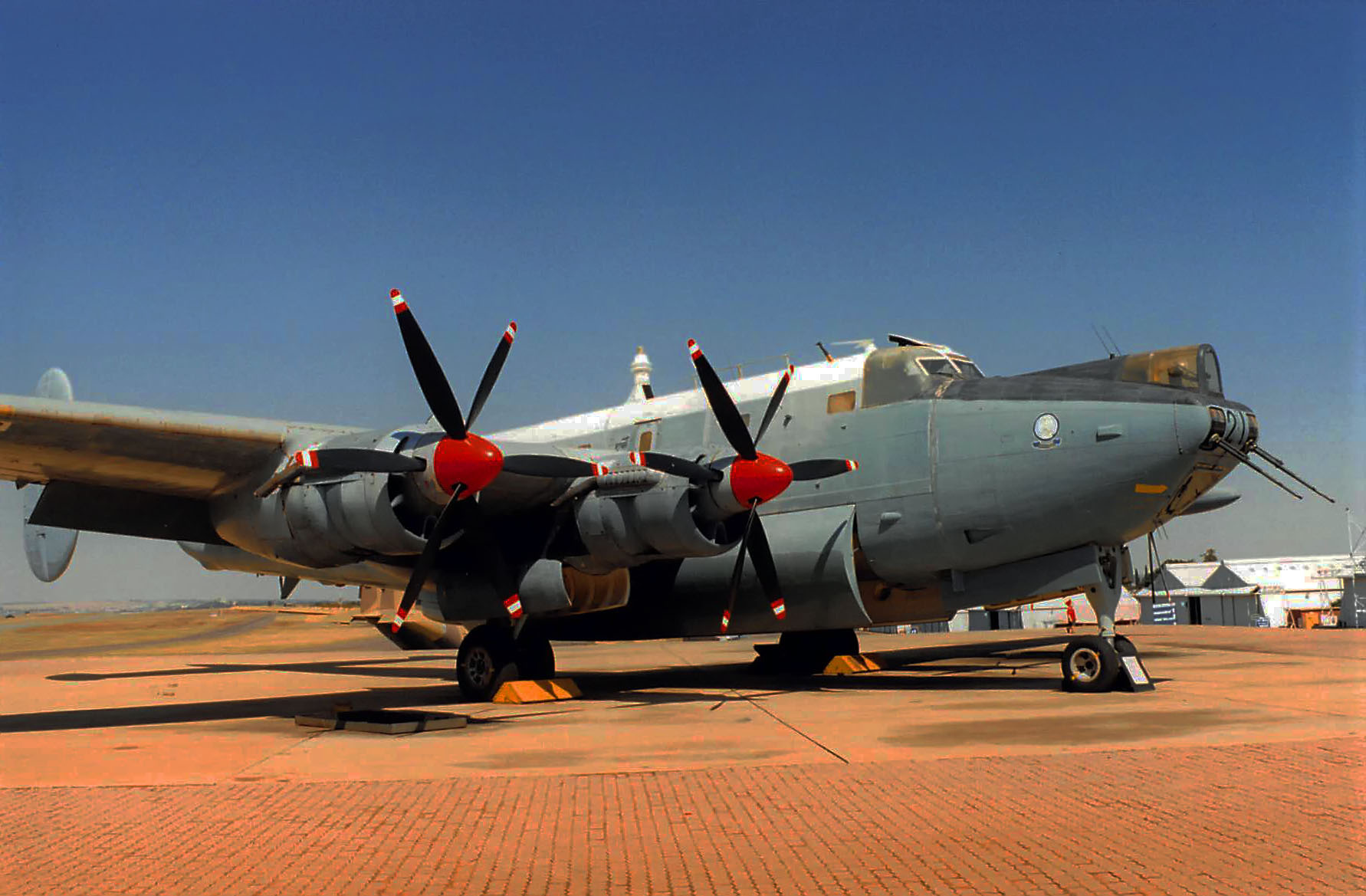 Eight Avro 716 Shackleton MR.3 aircraft were purchased for use by the South African Air Force in 1953, in order to monitor Soviet vessels in the sea lanes around the Cape of Good Hope. This was also the location of a number of search and rescue missions.

Production of the Avro 716 Shackleton MR.3 comprised 34 aircraft for the RAF and 8 for the South African Air Force, whilst a number of Avro 696 Shackleton MR.1 and MR.1A aircraft were modified for use as radio and navigation trainers, with the designation Avro Shackleton T. Mk.4.

The long endurance of the Avro 696 Shackleton was demonstrated at the 1960 SBAC Show at Farnborough, where on each day of the show, an aircraft took off at the start of the flying display, to return a full twenty-four hours later.

Like the Avro 652 Anson and the Avro 698 Vulcan, the Avro 696 Shackleton was destined to have an extremely long service life, with the last aircraft being retired in 1991, forty-two years after the first flight of the prototype. The Avro 716 Shackleton MR.3 aircraft operated at significantly increased gross weight and because of this, it suffered a reduced fatigue life.

When a gap in the UK Airborne Early Warning (AEW) capability emerged (due to problems with the proposed BAe Nimrod AEW and an inevitable delay before the Boeing E-3 Sentry could be introduced), the decision was taken to modify the Avro 696 Shackleton MR.2 to undertake the AEW role. 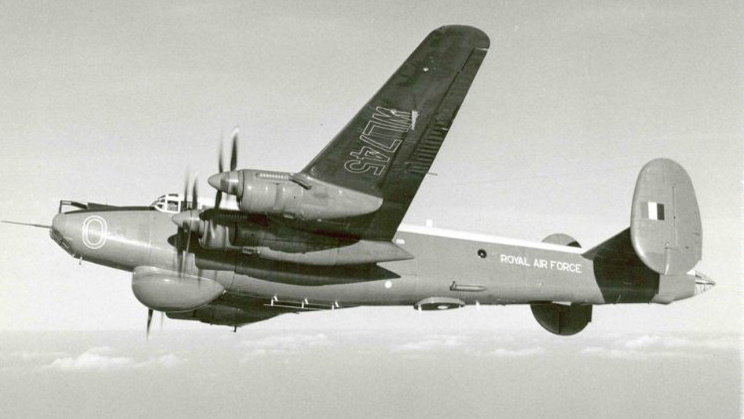 The prototype Avro 696 Shackleton AEW.2 WL745 'O'.
Twelve Avro 696 Shackleton AEW.2 conversions were carried out at Woodford and at Bitteswell, the first (WL745) flying on 30th September 1971.
These aircraft retained the tailwheel configuration and carried an AN/APS-20 search radar (taken from redundant Fairey Gannet AEW3 aircraft), mounted in a distinctive radome, below the forward fuselage.
A grand total of 181 Avro Shackleton aircraft were built, comprising: