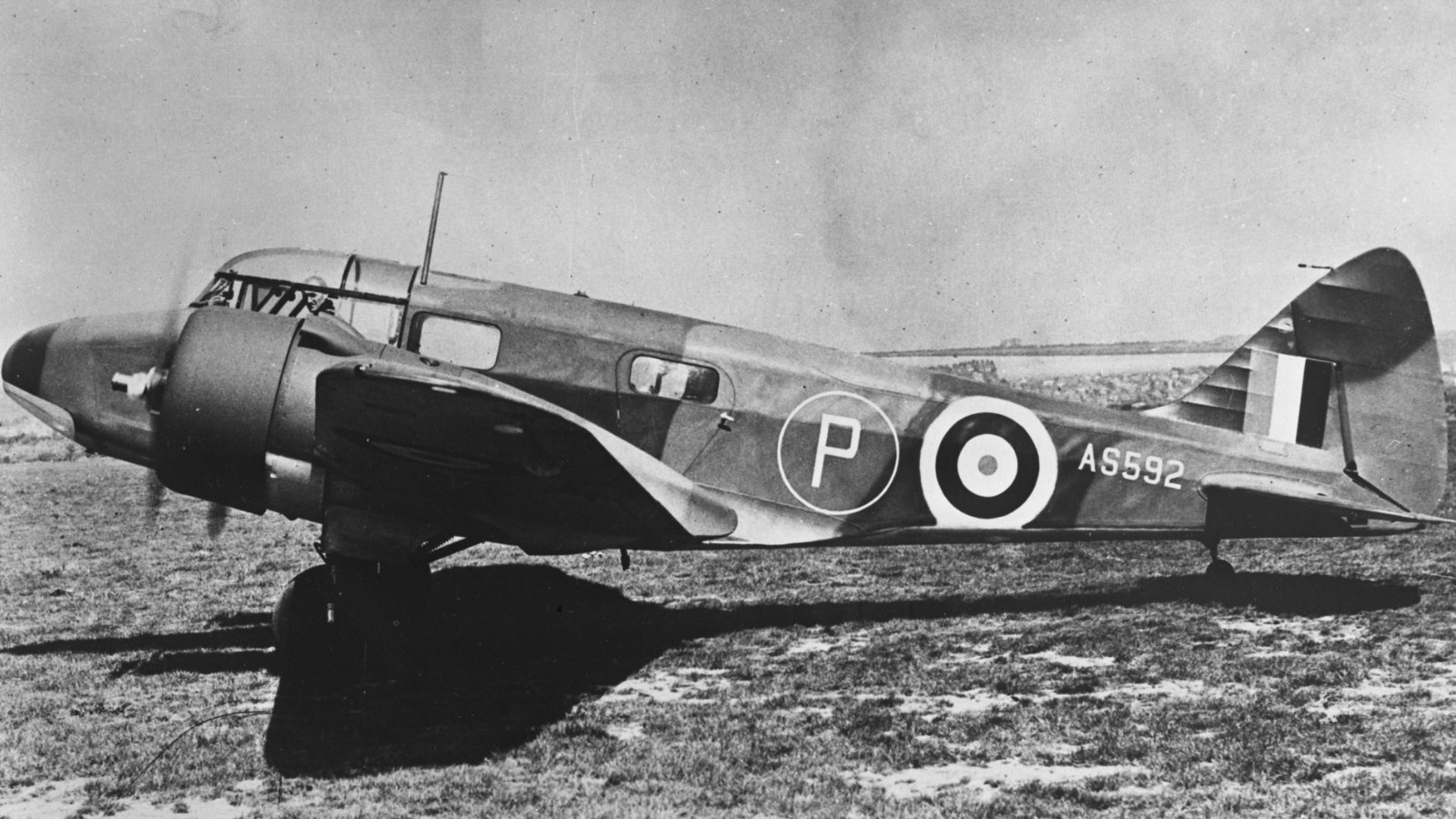 Airspeed Oxford 1 (AS592)
During the late 1930's, the Airspeed AS.6 Envoy was developed by Airspeed to meet the requirements of Specification T.23/36.  The result was the Airspeed AS.10 Oxford, which was used for pilot and navigation / radio operator training and brought large scale production success to Airspeed.
The 3-seat, cantilever monoplane saw great success as one of the RAF's most versatile trainers.  In its dual control / 2 front-seat configuration, it was a stable and reliable pilot-trainer and with one seat pushed back and a set of controls removed, it was easily adapted for both 'prone bomb-aimer' training as well as a superb aerial photography platform.  The 3rd seat could also be pushed back to easily align with the chart table for advanced navigator instruction, as well as providing wireless operator access.
In addition to its training role, the Airspeed AS.10 Oxford was also pressed into service as a Transport Ambulance. 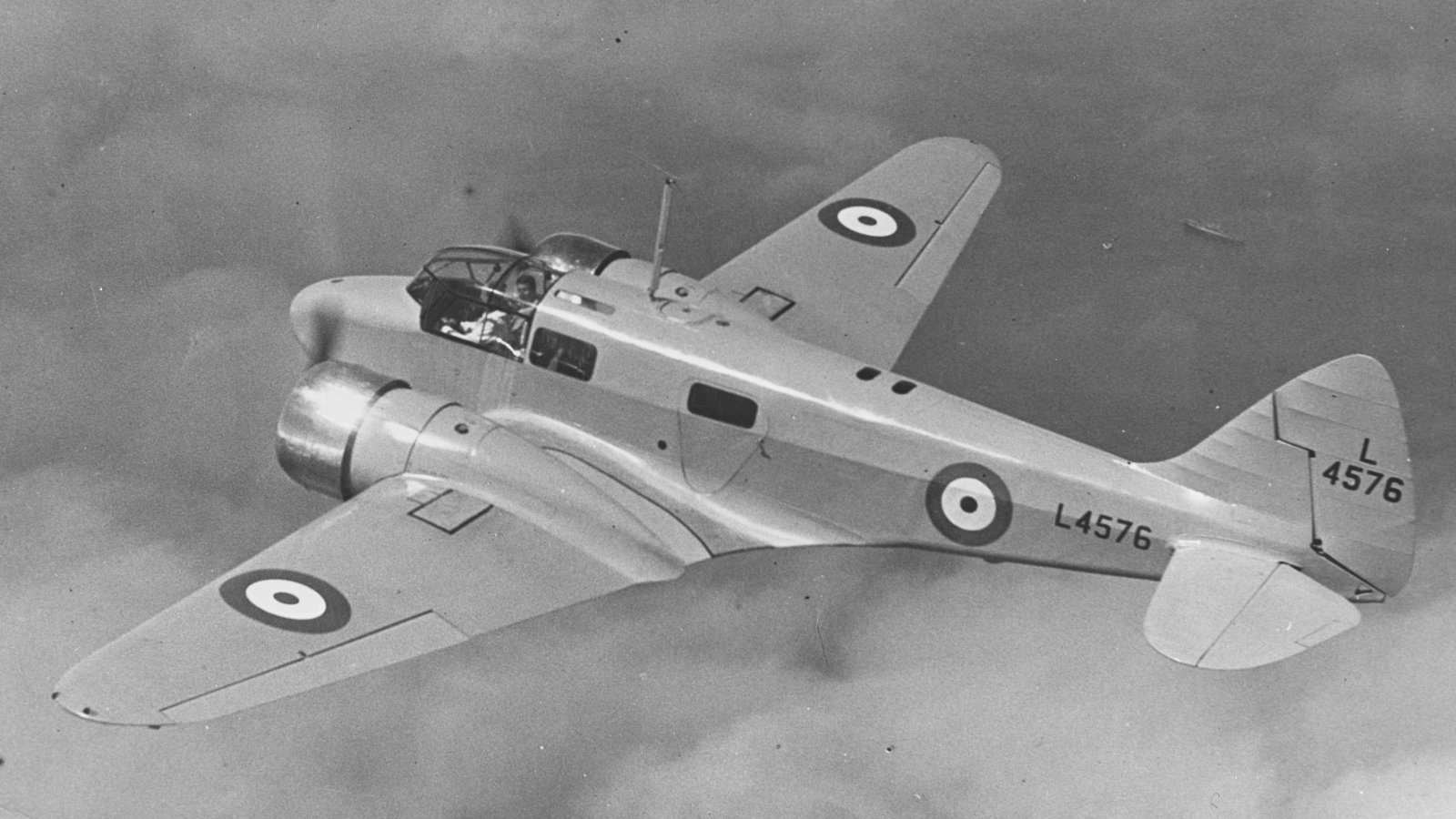 The prototype (L4534) flew for the first time on 19th June 1937, from the Airspeed airfield at Portsmouth and the type remained in RAF service thereafter until 1954.
The first Christchurch built Airspeed AS.10 Oxford was (X6250) flew in March 1941.
Ultimately, some 8,751 were ordered with 4,411 being built by Airspeed at Portsmouth and 550 at Christchurch.  These were supplemented by production by De Havilland at Hatfield (1,515), Percival Aircraft at Luton (1,525) and Standard Motors at Coventry (750). It is reported that 165 aircraft were cancelled and not built, giving a total of 8,586 completed.
Nicknamed the 'Ox-box', the Airspeed AS.10 Oxford was the preferred trainer for the Empire Air Training Scheme (EATS) and the British Commonwealth Air Training Plan (BCATP). Thousands of airmen were sent to Canada to train on Airspeed AS10 Oxfords.
Sadly, one dark episode for the Airspeed AS.10 Oxford however, was in 1941 when the much celebrated aviatrix Amy Johnson went missing on an ATA ferry flight from Prestwick. Flying in dense fog she went extensively off course before running out of fuel and crashing in the Thames Estuary at Herne Bay. 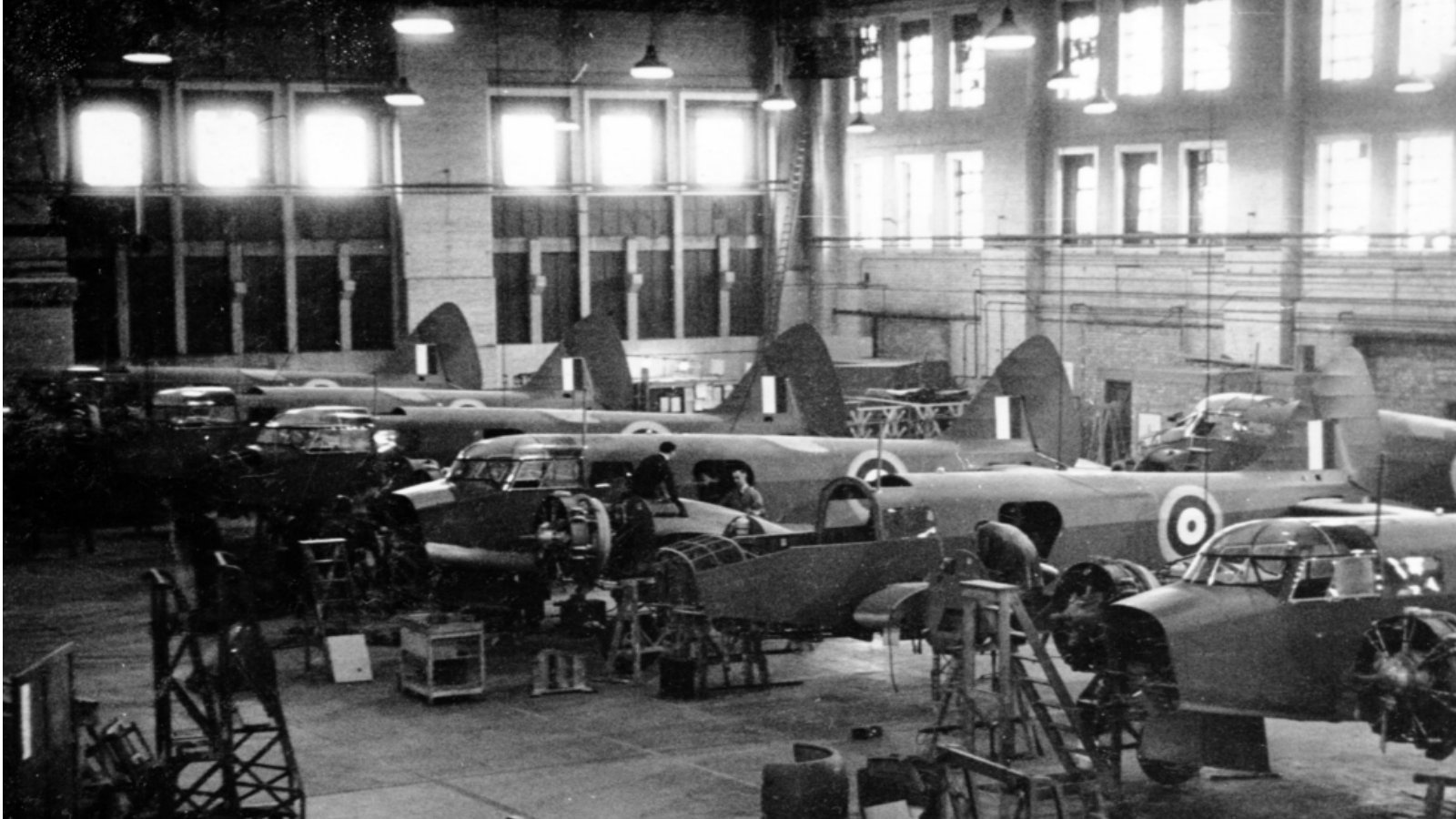 Airspeed Oxford Production at Portsmouth during 1941
Mr Alan Butler (Chairman of both Airspeed and De Havilland) stated at the Airspeed 1946 Ordinary General Meeting that 'the peak production rate of the Airspeed AS.10 Oxford was an astonishing seventy-five per month in the spring of 1942'.
After the war, 152 surplus aircraft were converted to the Airspeed AS.65 Consul, a 6-seat commercial aircraft, whilst a number of remaining Airspeed AS.5 Oxford's were purchased by the Royal Hellenic Air Force, seeing service by the during the Greek Civil War between 1946 and 1949.
The Airspeed AS.10 Oxford continued with a number of overseas air forces although it was finally retired from the RAF in 1956.