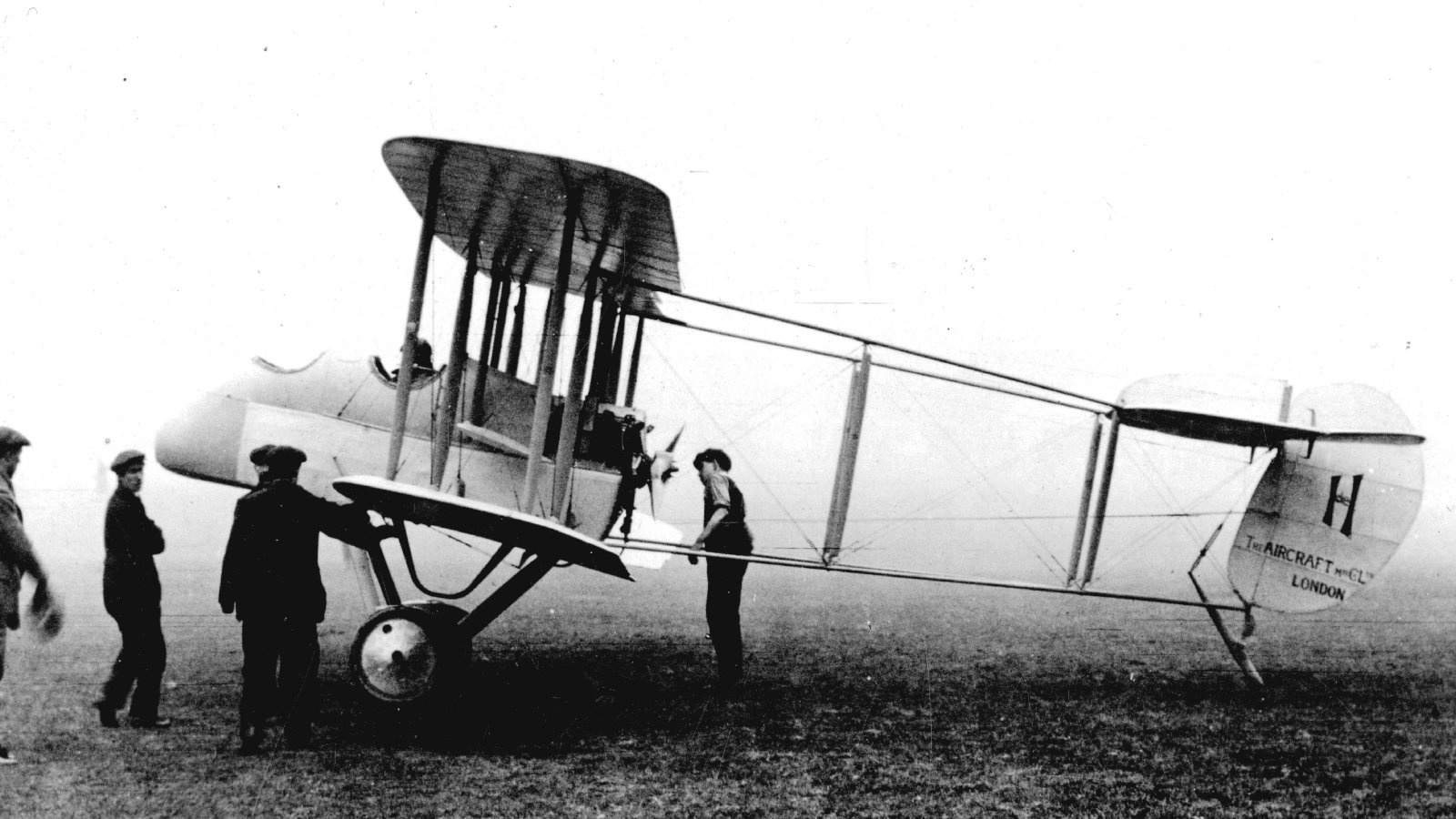 Airco DH1 at Hendon - 1915
The Airco DH1 was an early military biplane and was Geoffrey de Havilland’s first design for The Aircraft Manufacturing Company or Airco as it was latterly known.  Originally intended for use by the Royal Flying Corps (RFC), its poor performance meant that it was effectively obsolete by the time it was sufficiently developed to be operationally effective.
Geoffrey had been one of the pioneering designers at the Royal Aircraft Factory (latterly the Royal Aircraft Establishment or RAE) and his first independent design bore a strong similarity to the FE2, one of the last designs he had worked on prior to leaving the government controlled facility at Farnborough in 1914.

Like the FE2, the DH1 was a pusher aircraft whereby the propeller is mounted at the rear as to 'push' the airframe rather than pulling as is most common today.  It was tandem, two-seat fighter biplane of ‘gunbus configuration' whereby the gunner was sat in the front of the cockpit to maximise the field of fire whilst the pilot sat behind, controlling the aircraft.  With a shortage of the most suitable Beardmore power unit due to the war effort, the DH1 was fitted with an air-cooled Renault 80 hp V8 engine.

The DH1 first flew at Hendon in January 1915 with Geoffrey de Havilland at the controls although the 33 year old engineer was already working eagerly on his next design, the  Airco DH2, which flew just 6 months later.

Despite being under-powered, the prototype was considered 'acceptable' and an initial order for 42 aircraft was placed.  Airco were fully committed to building other aircraft at the time and so production was passed to Savages Limited of Kings Lynn, who had previously been makers of fairground equipment.

Airco DH1a in 1916
Later production machines were fitted with the more suitable Beardmore 120 hp inline engine and the aircraft re-designated as DH.1a.
Even with a further order for 50 aircraft being placed with Savages, there was already a strong movement towards tractor-type aircraft such as the Sopwith Camel and Bristol Fighter.

Very few DH1 aircraft were deployed overseas with the majority being used for Home Defence, or for training purposes before being retired in 1918 after just 3 years service.

There are no known survivors or replicas