Client Conversation:
The art of delivering digital
projects in Defence

Client Conversations
Insights Features Client Conversation: The art of delivering digital projects in Defence
Major General Richard Spencer has got quite the portfolio. He tells Mivy James all about overseeing a multi-billion pound programme of digital Defence delivery 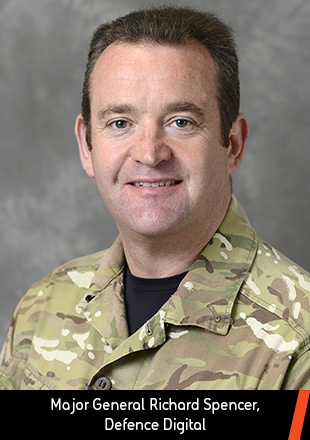 “I don’t do many interviews, to be honest.”
Now that’s not a phrase any interviewer wants to hear at the start of a conversation. Images of awkward silences, abrupt answers and short-changed questions momentarily flooded my mind as I adjusted the volume on my laptop speaker. I needn’t have worried.
Major General Richard Spencer’s early words of warning did not portend a difficult discussion – if anything, such was his fluency and detailed mastery of his brief, time ran short. But then again, there was much to talk about.
There was the Major General’s 30 plus year military career for starters. Not to mention his current role as Director Delivery of Intelligence and Expeditionary Services within the Ministry of Defence’s Defence Digital organisation. And not forgetting his wider experience of defence acquisition and capability delivery, as well as his focus on operational military information services delivery. “I have quite an eclectic range,” he reflects. You can say that again. 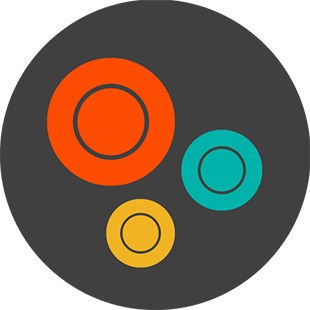 Spencer is speaking to me from his home office. The neatly ordered CDs I spy in the background speak to a man whose love of order and organisation has permeated his home life too, a working environment which has become familiar terrain over the past 18 months or so.
Like all of us, the pandemic has impacted his domestic situation, as well as his employer, and during our chat he mentions that Covid has “slowed things down” in various ways. Asked whether this has been due to the impact of remote working or resources being redirected towards the pandemic, he replies it’s more the latter.
“The Integrated Review (IR) coincided with Covid and this meant we had a degree of uncertainty to deal with, but it’s really been about making sure we had the right resources in the right place,” he says. “We ramped back where we could on projects and programmes, and we did this quite successfully, but now we’re looking forward to get back after all the stuff with the IR and what was in the order book beforehand.”
It’s an order book packed full of priorities large and small. Spencer shares the Defence Digital delivery portfolio with David France – “my counterpart in crime” – who heads up core information services at the Ministry of Defence (MoD) and, together, they juggle a range of projects and programmes all geared towards ensuring that effective digital and information technology is available to those on the military and business front line.
“We wanted to run a single portfolio of delivery of digital services that go all the way from the foxhole to the air base to the ships, all the way back potentially to Number 10,” he explains. “You’ve got to have a joined up set of services. Dave and I have a shared responsibility for the delivery portfolio but we also have specific accountability, so Dave takes care of the more corporate IT end and I focus more on the more bespoke military sphere.”
For Spencer, this means that he leads a range of teams and units, not all of whom are based in the UK. For example, he oversees a team of about 120 personnel who work side by side with their national colleagues in the Middle East to develop and build their communications networks and skills. He also has a couple of units in Bristol, including the Battlefield Tactical Communication and Information Systems (BATCIS) team, with which he spent almost 10 years himself.
“It does what it says on the tin – all the tactical communications and networking on a land environment,” he explains. “And the second team in Bristol focuses on intelligence systems, looking at geospatial intelligence capabilities and information exploitation around data analytics and platforms. This will enable us to standardise our approach and allow analysts from logistics, intelligence or whatever to better connect themselves to data.”
And he also has two other teams based, like he is, at the army barracks in Corsham. One leads on satellites and global communications, and the other concentrates on crypto services, well as overseeing our defensive cyber capability, and both of the latter have MoD Cyber Director Christine Maxwell as its SRO. 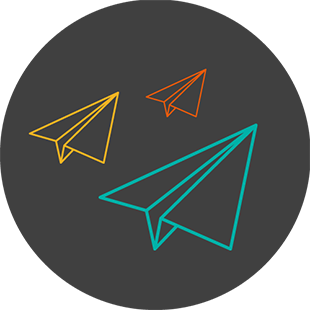 Agile has many proponents – across both the public and private sectors – and there is the danger that some might want to go full Agile immediately. Spencer, however, says that such vocal support is misplaced – and that also goes for those who prefer the more traditional Waterfall approach.
“There are evangelists on both sides but I think both are wrong,” he says. “There elements of projects and programmes that must be addressed in a more disciplined, waterfall manner. And there are elements of projects and programmes which can benefit from Agile. But I also think that those who are evangelists, either way, need to understand the other side of that coin – they both have rigour and discipline in them but are just done in a different way.”
He goes on to take aim at any disagreement, arguing that it is a distraction from the real priorities. “The argument between the two, in my mind, is facile as it doesn’t help us get to a point where we can deliver a really good digital platform,” he says. “Our ultimate aim is to be able to spin off new Defence applications which can then be hosted and developed over time in an Agile manner, while also keeping the infrastructure up to date.”

One subject which frequently boomerangs back and forth in our discussion is the Major General’s determination to make progress in professionalising product delivery, something he pinpoints as a key priority over the next several years.
“The important thing from me is getting the project delivery professionalisation work cemented in as that will take two or three years to provide that ‘right first time’ delivery for Defence,” he says. “This is the biggest challenge for me and Dave – to change the mentality of the teams, change the mentality of the project leaders to embrace a more consistent and repeatable way of working which will give us confidence with the customer that we’re going to deliver what we said.”
This requires having the right skillset, to be, in his words, “more content savvy” so that staff can move projects forward at pace. “If a project leader is going to bring a multi-functional team together, they have got to understand that the basics of project management but they also have to be able to hold engineers, architects and finance teams to account  and bring them all together as a coherent whole,” he says.
“At the end of the day, project managers don’t deliver anything – they manage stuff, make sure it is going to be delivered and they challenge teams. But it’s only through engineers, the finance, the architecture and the contracts you place that you get a coherent outcome. Making sure they are focused on this through the project professionalisation work is what is going to make the biggest difference.” 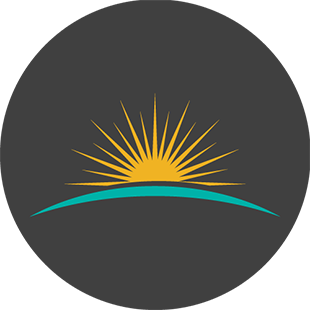 Much has been made of the importance of artificial intelligence and data in Defence, particularly in the recent IR, and the Major General says that while such data centricity and autonomy is vital, there is much still to do to turn vision into reality.
“The impact that Caroline Bellamy has had as the MoD’s Chief Data Officer has been fantastic but it’s not going to be one individual that’s going to change the culture in defence,” he admits. “Terms like ‘Data as Ammunition’ are helpful as they need to be landed in a way that non techie folk in uniform can understand. In the inter-war period, we had a thing called ‘Skill at Arms’, which aimed to ensure people had real marksmanship skills, and then more recently there has been ‘Skill at Information’ and we are starting to understand we should treat it in the same sort of way, and now we have gotten to ‘Data as Ammunition’.”
Such mottos are important, he believes, because the military has simply got to get much better at understanding its data, and collating and curating it in a way that is beneficial. “Joining up data from across domains is where we are probably going to get most effect,” he says.
“Joining up data from across domains is where we are probably going to get most effect. If you want to know if your forces are at readiness you’ve got to combine lots of different areas, logistics, intelligence, personnel, and then drive for a more coherent approach to that dataset”

“If you want to know if your forces are at readiness you’ve got to combine lots of different areas, logistics, intelligence, personnel, and then drive for a more coherent approach to that dataset. We need data analytics platforms which can allow analysts to mine that data which will, in turn, enable commanders to make better informed decisions. If we haven’t got that data to hand we’re never going to be able to move at the speed of our enemy.”
When it comes to the use of artificial intelligence, however, he is clear that its deployment has to take place within a set of strong ethical guidelines. “I think there are going to a number of moral discussions, just as many as operational discussions, over how we use this capability,” he says. “You’ve got to move quickly in warfare and if your adversary is using it, but we also need a moral and legal framework that sits around that use of autonomy.” 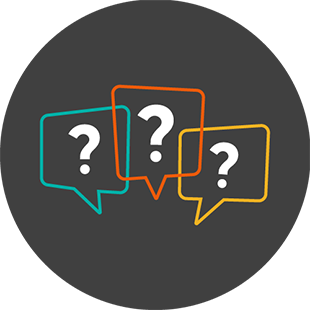 Spencer has been in post for two years but, unusually for a military posting, he is not about to move on to something new.  “This is the type of role which benefits from longevity because I think in acquisition roles it’s vital you’re there for the longer term,” he says. “The army gave me a three year tour to start off with and it’s been extended to a fourth year which will take me near enough to the end of my military service at 55. So they’re not getting rid of me any time soon.”
Looking back at his career as a whole, though, he cites two key lessons. “If I could give advice to my younger self it would be to volunteer for everything. Those who do well in the military are those who volunteer for everything and give it a go – there is so much on offer and if you hold yourself back you’ll never understand what you really like.”
And his second reflection relates to the always pertinent priority of inclusion and diversity – and it’s deliberate that he puts ‘inclusion’ first. “If you’re seen as inclusive then more people will want to come along and you’ll be more diverse as a result. I’ve done quite a lot of pure military stuff and I’ve done 12 years in the acquisition organisation which is civilian heavy. Getting that mix of civilian-military interaction helps drive outcomes that are more likely to resonate with the front line forces.”
To illustrate his point, he says that this is exactly what Defence Digital is doing, particularly its senior leadership group. “Here, we have a combination of three senior military leaders, dyed in the wool MoD civil servants and more recent arrivals. This mix helps generate ideas that I wouldn’t have otherwise thought about.”
It’s these new ideas and approaches which will help fuel Major General Spencer’s days, weeks and months ahead – and, you never know, they just might catalyse a few more interviews too. Watch this space.
About the author
Mivy James is Digital Transformation Director at BAE Systems Applied Intelligence
mivy.james@baesystems.com