Client Conversations
Insights Features Client Conversation: Homing in on data-driven government
Statistical models, data, and analytics have always loomed large in Andy Gregory’s in-tray, but now he’s putting his expertise to good use at the UK’s Home Office. He tells Dylan Langley about his eclectic career and adjusting to life as a senior civil servant. 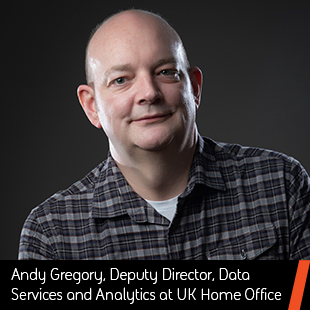 Data. Governments need it; governments produce it; governments use it. In fact, it’s no exaggeration that in today’s digital age, data has become the very lifeblood of government. Or perhaps it is the lifeblood of effective government.
That’s because data has, for some years now, been the cornerstone of our daily lives. From mobile mapping to online shopping, smartwatches to streamed entertainment, data is all around us – even if we don’t always know it. And government is no different.
When used well, it enables policymakers to design public services that respond to users’ needs, and helps them make decisions that lead to better results up and down the country, often in real-time. Data’s prevalence in the corridors of power also demands a new cohort of civil servants in order to extract its full potential.
Enter Andy Gregory.
After a career steeped in data, analytics and algorithms, he joined the Home Office a few years ago to serve as Deputy Director, Data Services and Analytics – and he has zero regrets. “I absolutely don’t lack for motivation for getting up in the morning,” he says, happily. “I really feel that this is what I was always supposed to be doing and, to be honest, I wish I’d realised sooner that public service was going to be so rewarding.” 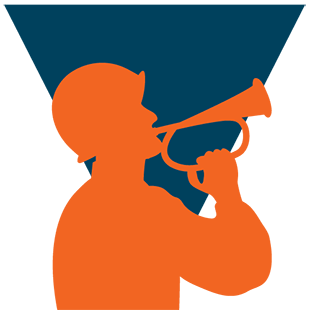 Based in the heart of Westminster, a few minutes’ walk from the Houses of Parliament, the Home Office is one of the UK’s Great Offices of State. Responsible for immigration and passports, drugs policy, fighting crime, counter-terrorism and the police, the department is high profile, high impact and high pressure. And it certainly represents a change of mission from Gregory’s previous roles.
The first 20 years of his career were spent working for a variety of telecommunications companies in roles which evolved from customer service operational planning to large-scale performance transformations.
“My background is very much private sector,” he recalls. “I started at T-Mobile and then moved to Cable & Wireless before going to work for Vodafone in Romania for three years. I was then with Brightstar in Moscow for a year, before returning to the UK to take a role with Vodafone Group, and then I was at Sky for five years before the Home Office.” It comes as no surprise, then, that he says moving to the civil service was “a very big change of direction”.
So how did he find it? Did it meet his expectations? Actually, he is quick to admit that he had some misconceptions about what he would be encountering. “It’s a lot less like the television shows Yes, Minister or The Thick of It than I expected,” he reflects.
“I’ve got a lot more autonomy to decide where to spend money than I had at Sky. It’s all about value for money and investing in a controlled and publicly responsible manner”

Interestingly, he goes on to say that some areas, such as procurement, are far more streamlined than he anticipated. “It turns out I’ve got a lot more autonomy to decide where to spend money than I had at Sky,” he says. “It’s all about value for money and investing in a controlled and publicly responsible manner.”
And he adds that the things that he thought would be better, are actually much better. “For example, the organisation really is genuinely committed to doing the best job possible in meeting some very important objectives and goals for the government and the country at large,” he says. “At the same time, my ability to strike a better work-life balance is greater – the ability, most evenings, to switch off at a reasonable time is much better than I had experienced previously.”
In addition, he remains impressed by the palpable determination to create a genuinely diverse and inclusive organisation. “This commitment feels to be a lot more honest than some of the places I’ve worked in my career,” he says. “And it extends to things like unconscious bias in any algorithms and business tools. Creating a diverse and inclusive team is how you maximise your chances of avoiding unconscious bias from creeping in. All in all it’s been a positive move for me – even though my remuneration may be higher elsewhere, my overall job satisfaction is significantly higher at the Home Office.” 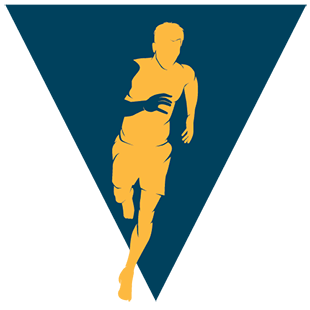 Work-life balance plaudits aside, Gregory is faced with no shortage of tasks large and small to be getting on with. While data allows British citizens to, for example, apply online for a passport or drivers licence, data analytics enables Home Office staff to search across datasets to examine the impact of existing policy and processes, shining a much-needed spotlight on what is working and, importantly, what requires further improvement.
Analytics are also used to predict future customer transactions and provide specific data for operational teams to strengthen investigations and enforcement action. For example, the UK has more than 140 million annual movements of people across its borders and data analytics can help detect and identify threats and vulnerabilities such as border infringement and, sadly, incidences of modern slavery.
The importance of data and data analytics to the department’s operations is reflected by the fact that Gregory’s team works across multiple Home Office mission and commands. While welcoming the resulting high profile, he says that it is also “a challenge” to navigate the organisation’s disparate objectives and units. That said, he is crystal clear on his number one priority.
“In terms of my area, the Home Office’s main aspiration is to be ‘a data-enabled department’ – that’s the phrase which has been coming for a little while,” he explains. “A senior member of staff told me last year that data was the second most valuable asset he had, second only to people. And we’re certainly being more involved and being seen as a key enabler of some of the Home Office’s wider objectives.”
“We consider data protection legislation in everything we do and we always make sure it is being used proportionately and legitimately and not in a way that would damage public trust. Rather, it is about making the services the public uses more efficient and more effective, and to help support evidence-based policymaking”

Doing this securely, he adds, is absolutely vital. “The Home Office is committed to ensuring that we hold our data securely,” he says, firmly. “The data is gathered from all these different sources but we consider data protection legislation in everything we do and we always make sure it is being used proportionately and legitimately and not in a way that would damage public trust. Rather, it is about making the services the public uses more efficient and more effective, and to help support evidence-based policymaking.”
There’s certainly much data to secure. “My job was to come in and help industrialise and professionalise this data,” he explains. “Unlike a lot of data held elsewhere in the public sector, ours is a lot more dynamic because of the Borders element. So this means we need a capable, resilient, industrial, secure system of insight – which is how I describe my team’s role. Data becomes more powerful when it can be used collectively across the commands and in modelling for both existing and future policy evolution.” 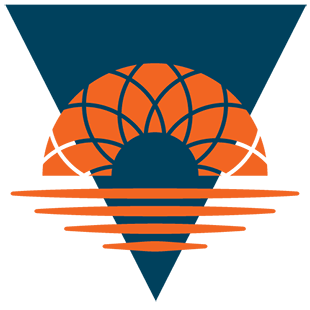 Three years into his role, Gregory is balancing day-to-day tasks with setting the strategic direction for the department’s use of data in the future and he’s aiming high. “In terms of my vision for the team, rather grandly I’ve said that I want us to be recognised as the leading provider of data insight services in government,” he says.
“Now this is a bold statement to make but we’ve defined our mission about how we work together as a collective and how we overcome silos to become a more agile and dynamic organisation. I want us to keep driving this forward at pace in order to get to the position where we are recognised as a centre of excellence and one renowned for its use of data science, data products, data innovation and so on.”
To achieve this goal, Gregory is juggling a number of priorities, including giving diversity and inclusion its necessary precedence to help counter unconscious bias while still accelerating the use of AI and machine learning. “We are very much focused in diversifying our workforce – there’s still more to do but there’s no doubt we are making progress,” he says.
The team itself has several main function areas, he continues. “One is data science, looking at things like engineering, analytics and networks, whereas data products produce individual services for the business – and we’re looking to grow its capacity quite significantly. Data development and support covers the technology aspects you’d find in any data services organisation, and we have another team looking at data protection and compliance. It is my colleagues there who focus on areas like data sharing and making sure all the correct documentation is in place between the Home Office and other government departments.”

The results of their collective efforts are already evident, he says, citing achievements such as unlocking greater productivity in UK immigration casework, as well as benefits which are not limited to the Home Office. It’s this ability to make a real difference that fuels each and every one of his working days, it transpires.
“It’s such important stuff that we get to work on and that’s one of the reasons I love my role. I certainly don’t have any intention to leave the public sector,” he concludes.
A case of the private sector’s loss being the Home Office’s gain. Three years down and many more to go – stay tuned.
About the author
Dylan Langley is Home Affairs and Justice Engagement Lead at BAE Systems Applied Intelligence
dylan.langley@baesystems.com 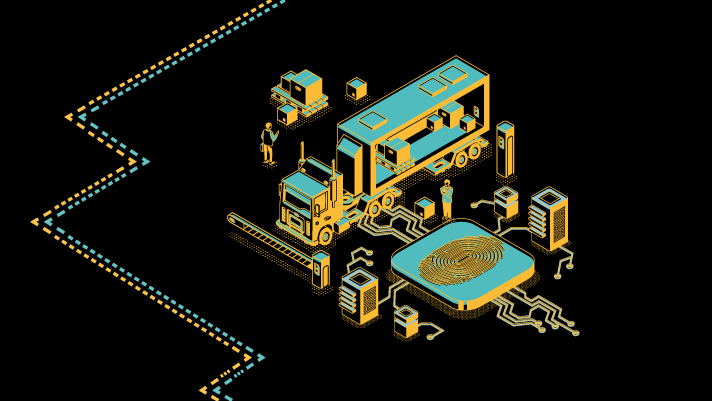