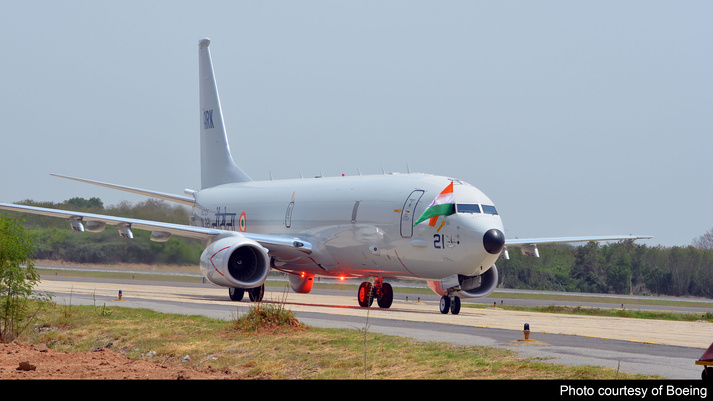 Dozens of computers now become one on the P-8I aircraft.

Pilots and mission crews in India are receiving easy-to-read display data and a broad range of capabilities for search and rescue, submarine warfare, and disaster recovery missions over land and water thanks to our Mission Computer and Display System (MCDS). Through a contract with Boeing, we’re providing these powerful mission computer suites to the Indian Navy for use on their P-8I maritime patrol aircraft, a variant of the U.S. Navy's P-8A Poseidon.

The MCDS suite – which can go on any aircraft or unmanned aerial system – consists of two high-performance servers and five dual-mission workstations that are lighter and less expensive than currently fielded mission computers. The suite proves its versatility through its ability to be tailored to individual users, enhancing mission performance and endurance. Additionally, the suite’s modular, open-systems architecture leverages commercial off-the-shelf designs for military environments, enabling low cost and rapid technology insertion.

“Our mission computer suite is the digital backbone for the P-8I aircraft, providing an interface to all sensors, communication links, countermeasures, aircraft subsystems, and weaponry on board,” said Gary Rubasch, program director in Greenlawn, New York, where the mission computers are developed. “Airborne sensors in surveillance aircraft require a scalable mission computer like our MCDS suite provides. It allows users to complete multiple missions without needing to purchase additional mission specific aircraft.”

Not only does the MCDS suite allow users to complete multiple missions, but it can also be configured to meet the input and output, video, voice, and graphics processing needs of modern military battle management. Additionally, its flexible ruggedized processing platform facilitates operation and deployment of maritime patrol and reconnaissance forces.

The delivery of our final mission computing system to Boeing, for India, is scheduled for this year, and with the unmatched ability of our MCDS suite, the Indian Navy will remain prepared to successfully complete its missions.