Revolutionizing the Future of Naval Warfare with Electromagnetic Railgun Development 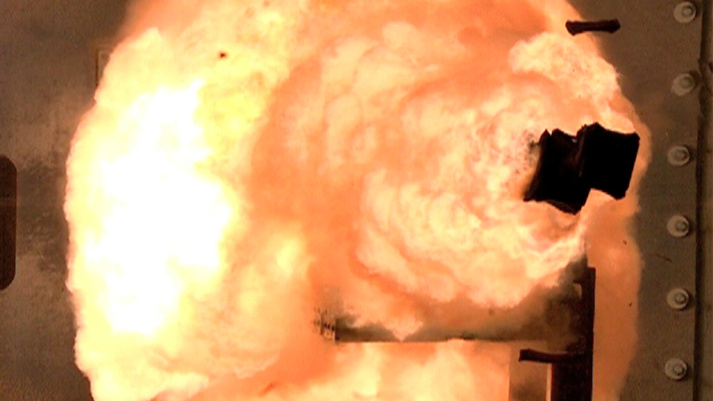 BAE Systems was awarded a $34.5 million contract from the Office of Naval Research (ONR) for the development of the Electromagnetic (EM) Railgun under Phase 2 of the Navy’s Innovative Naval Prototype (INP) program.

The focus of Phase 2 is to advance the Railgun technology by maturing the launcher and pulsed power from a single shot operation to a multi-shot capability, and incorporating auto-loading and thermal management systems.

“We’re committed to developing this innovative and game changing technology that will revolutionize naval warfare,” said Chris Hughes, vice president and general manager of Weapon Systems at BAE Systems. “The Railgun’s ability to defend against enemy threats from distances greater than ever before improves the capabilities of our armed forces.”

In 2012, during Phase 1 of the INP program, engineers at the Naval Surface Warfare Center in Dahlgren, Virginia successfully fired BAE Systems’ EM Railgun prototype at tactical energy levels. The recently awarded ONR contract marks the completion of Phase 1 and the selection of BAE Systems as the developer for the Phase 2 launcher prototype. Phase 2 is anticipated to begin immediately with initial prototypes to be delivered in 2014. The Railgun development will be carried out by BAE Systems in Minneapolis, Minnesota and by teammates IAP Research in Dayton, Ohio and SAIC in Marietta, Georgia.

The EM Railgun is a long-range weapon technology that uses high-power electromagnetic energy instead of explosive chemical propellants to launch a projectile farther and faster than any gun before it. When fully weaponized, a Railgun will deliver hypervelocity projectiles on target, at ranges far exceeding the Navy’s current capability.