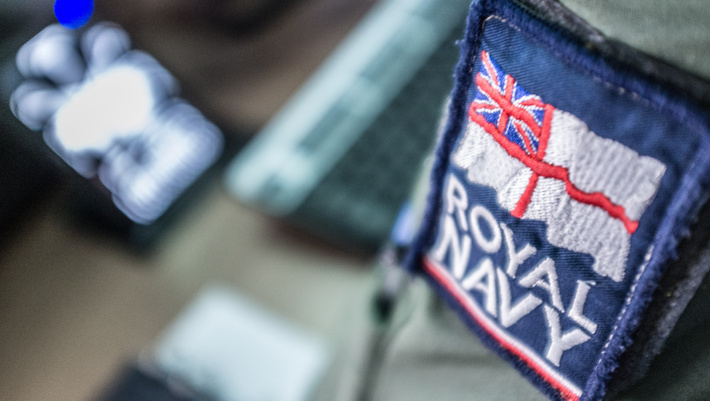 Working with Lockheed Martin and the UK Ministry of Defence, we have linked simulation facilities across five UK sites to create a common synthetic environment to evaluate F-35 interoperability with other UK military platforms.

A recent trial saw Royal Navy, RAF and US Navy pilots operating the F-35 fighter jet during a live simulated maritime scenario with the Queen Elizabeth Carrier, a Type 45 Destroyer and Sea King helicopter. This is the first time that we and Lockheed Martin have linked our Air and Maritime simulation capabilities and mission system laboratories at multiple locations into one common battlespace environment.

Lt Cdr Mark Humphries, RAF Air Warfare Centre, took part in the trials and said “Bringing both air and maritime capabilities into a common mission scenario, we have been able to begin to test the interoperability between F-35 and other key maritime assets, something we have never been able to do before.

Today we have taken part in a maritime scenario where the F-35 was the first line of defence for a Carrier Task Force in a hostile threat situation.  Being able to evaluate interoperability concepts for passing commands and threat information via digital datalinks in real-time between air warfare officers on the Queen Elizabeth Carrier, fighter controllers on the Type 45 destroyer and Sea King helicopter and F-35 pilots has been extremely valuable”.

Lt Cdr Jim Blythe, HMS DAUNTLESS, also took part and added “We have been able to fully exercise the Type 45 combat management system and gain a broader experience of digitally controlling fighters than has hitherto been possible. This means we are in a far better place to develop an informed Concept of Operations for working with the F-35 when it comes into service.”

Tony Hall, our F-35 Programme Manager for the Interoperability trials, adds “As a business we have world class simulation and systems integration capabilities which exist across a number of different locations.  Working closely with Lockheed Martin and the UK customer we have created a distributed test capability linking UK Industry and Government assets across a secure network to provide a common synthetic environment.

Not only does this help the UK customer get their heads around how the F-35 will integrate into operations, but it can also save a lot of time and money.  We can identify interoperability issues early and fix things at this stage far easier than when the aircraft are built and in operation.”

Tony added: “It’s great that we can get the customer involved at these early stages to make sure that the aircraft and other cooperating platforms are doing the job they want them to do. It’s an added bonus that we are able to use this project to prompt improvements across a range of other military assets too."

We are responsible for leading F-35 integration activities on behalf of the UK customer.  The maritime mission scenario trial is the third out of a series of four planned scenarios which form part of the overall F-35 UK interoperability project.