Eurofighter submits offer of "the best all-round package for Finland" 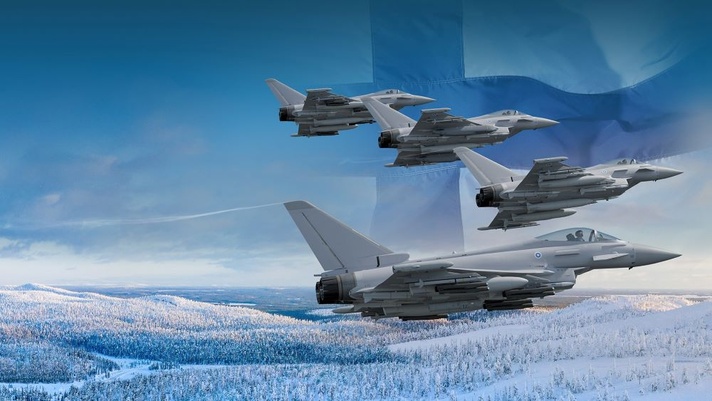 Eurofighter has submitted its best and final offer (BAFO) to Finland promising an enduring European partnership, highly-skilled jobs and proven capability which will remain the backbone of air power for decades to come.
The offer to Finland’s HX fighter replacement programme is backed by the Governments, air forces and industries of the United Kingdom, Germany, Italy and Spain, which make up the Eurofighter partner nations.

It includes an invitation for Finland to have a role in the future capability development of an advanced new radar for Eurofighter and over 80 packages of work for Finnish companies including a final assembly line, engine build and maintenance, and research and development projects being spearheaded by MBDA.

These projects will create high-quality, long-term jobs for Finland, equating to 20 million man hours over 30 years across the Finnish economy.

Speaking at a briefing to confirm submission of the Eurofighter BAFO, Jeremy Quin MP, the UK Minister for Defence Procurement, said: "The Eurofighter partnership on offer represents the best all-round package for Finland. 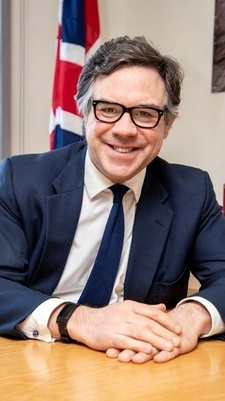 "It is affordable within the Finnish budget; it provides security of supply through industrial participation that delivers high-tech jobs for the duration of the aircraft’s service life, and it delivers outstanding military capability, all underpinned by a Government-to-Government partnership."

In a video address, Benedikt Zimmer, the German State Secretary of Defence, described Eurofighter as “the backbone of air defence” noting current investment in the German Air Force fleet would see Eurofighter in operation for many decades to come.
He said: “We are committed to Eurofighter because it provides us robustness, reliability, affordable cost of ownership and a high degree of autonomy especially in generating and analysing mission data.

"With our friends from the UK, Italy and Spain and our strong European aerospace industry we will ensure Eurofighter remains fit for challenges to come and bridge its technology towards future European Air Systems."

She said the 80 work packages included in the bid included technology transfer on mission data generation and electronic warfare, as well as extensive maintenance, repair and overhaul capability.

She added: “The jobs that we are offering are high quality, long term jobs equating to over 20 million man hours over 30 years, with the knock on benefit to the wider economy driving this figure even higher, and I am proud to be part of the team submitting this offer into Finland today.”

Mr Quin also confirmed that the Royal Air Force's Eurofighter Display team will be attending the Helsinki Air Show at the start of August.

The display will be performed by Flight Lieutenant James Sainty, an experienced Eurofighter pilot who has undertaken detachments on 1435 Flight which defends the UK territories in the South Atlantic, more than 12,000 kilometres from the UK.
Contact