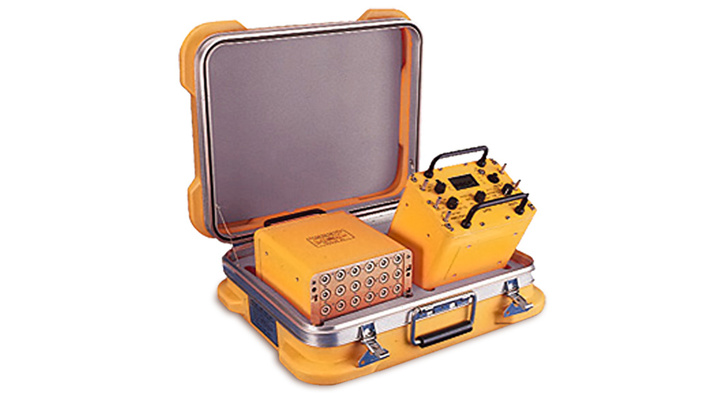 Our AN/ALM-288, AN/ALM-293, and AN/ALM-294 flight-line Countermeasure Dispenser Testers (CDT) are self-contained, battery-powered, and compatible with each of the countermeasure dispensers used by the U.S. Air Force, U.S. Navy, and U.S. Army, as well as partner nation armed forces around the world. Flight-line tests are performed by installing a CDT into each dispenser on an aircraft; an alpha-numeric display provides the test results. These units are designed with a clear, direct user interface, to assure ease-of-use by flight personnel of various experience levels.

Thousands of BAE Systems Rokar Countermeasure Dispenser Testers are in the field for operational use today around the world, and they have the backing of our robust team of technical engineers to keep them operational when units require repairs, updates, or new parts. These AN/ALM-288, AN/ALM-293, and AN/ALM-294 flight-line testers are built for endurance and shipped in a protective custom two-CDT case – known as the Countermeasure Dispenser Test Set – but they are often used in fast-moving, battle-ready environments, so we keep our teams ready to effect repairs as needed year round at the BAE Systems Austin, Texas technology center.

We also support our customers by providing detailed user manuals for their technical officers, and can provide user training for aircrews and technicians upon request. Wherever around the world that our customers need to go, our teams find ways to provide the product support they need.