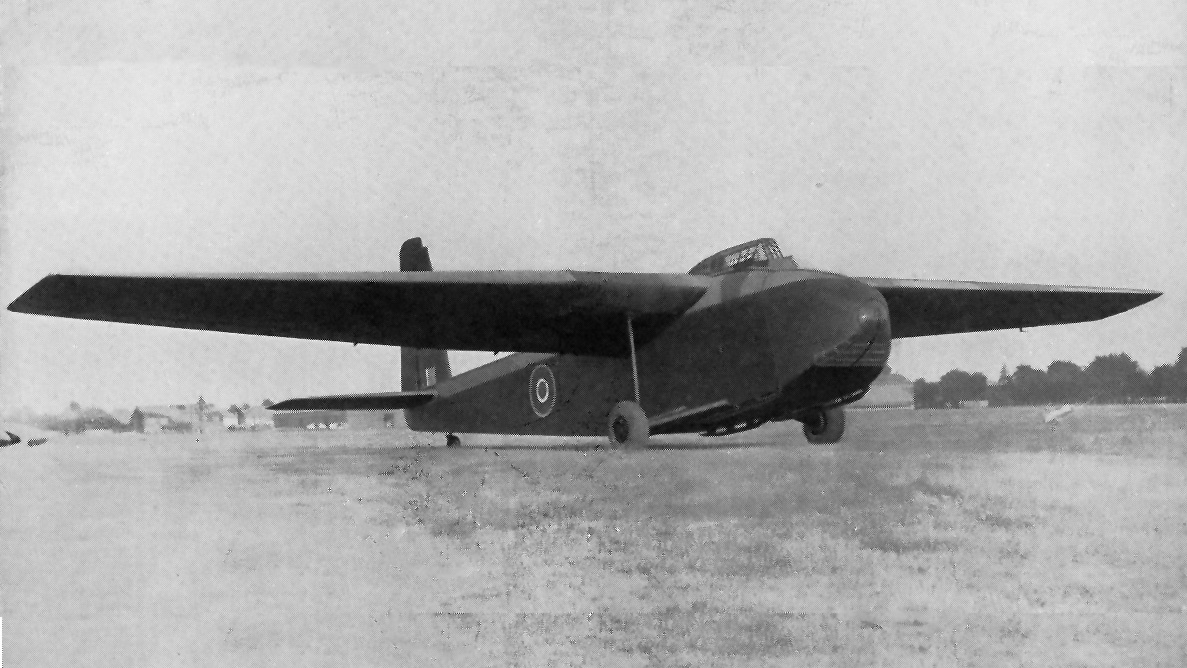 A General Aircraft GAL49 Hamilcar on the ground at Hanworth.

The General Aircraft Ltd GAL.49 Hamilcar was a heavy-lift assault glider designed to carry up to 60 troops, a 7-ton Tetrarch IV light tank (or similar light vehicles) or cargo loads up to 17,500 lb.

Produced mainly from spruce and birch with a fabric-covered surfaces, it had a staggering all-up weight of 37,000 lbs.  It was created in sections for easy transport and assembly, although due to its nett unladen weight of 19,500 lbs, it required large and powerful tow-aircraft to get it airborne.

It was designed against Specification X.27/40, with the prototype (DP206) being flown for the first time on 27th March 1942 at Snaith, some 24 miles west of Brough, Yorkshire.

Initially designed with a jettisonable undercarriage, this was replaced when it was discovered that it had a far shorter stopping distance when fitted with skids,  Those aircraft employed in ferry operations did however, have a fixed undercarriage to reduce damage.

Vehicles were loaded through the hinged nose of the aircraft, which could be quickly swung open after landing to allow rapid unloading. The undercarriage oleos were also collapsed so that a lot of vehicles could drive straight out without requiring any form of ramp. 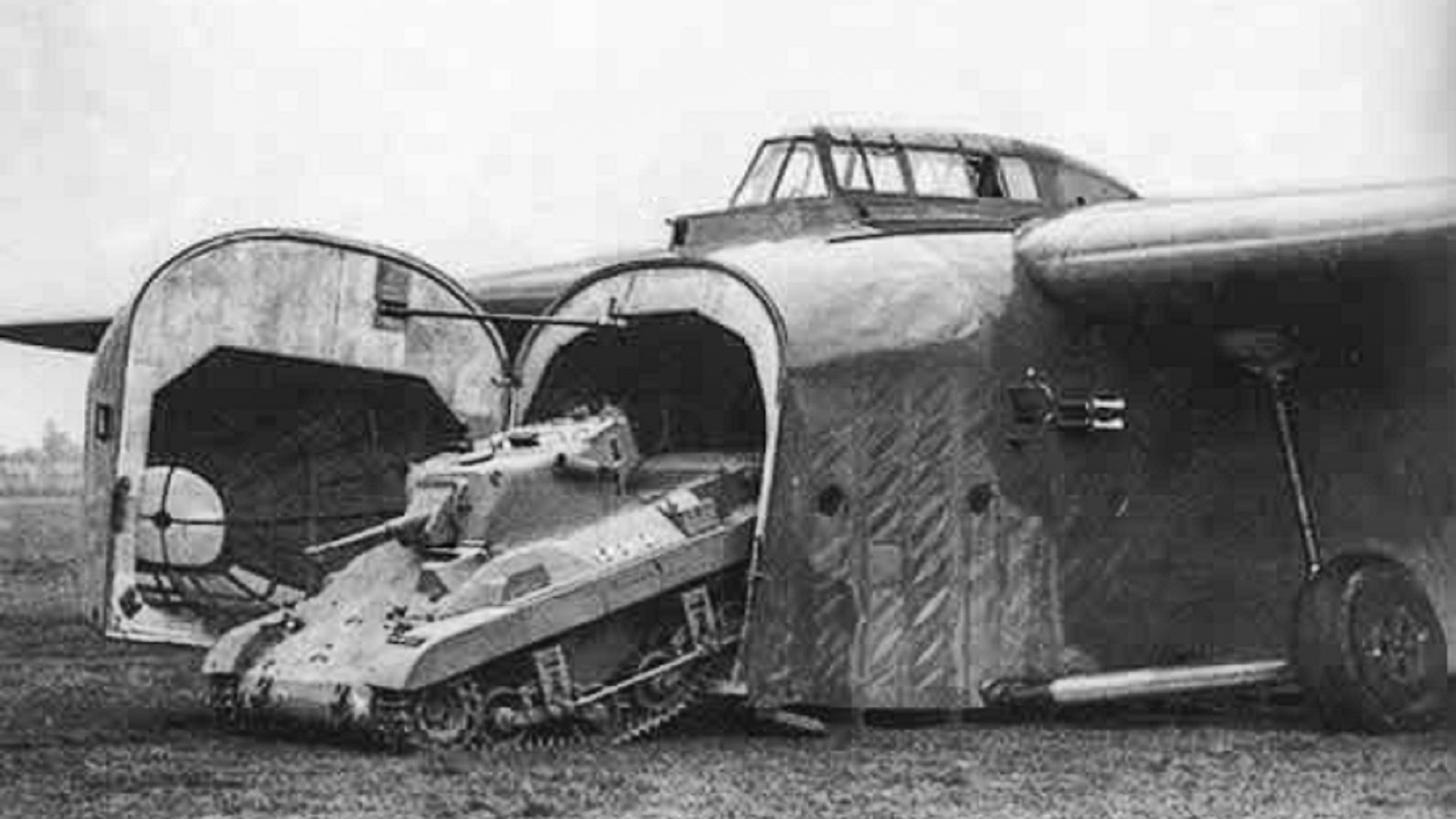 One prototype and 22 production GAL.49 Hamilcar I were built by General Aircraft Ltd at Hanworth in South West London, with a further 390 by a series of contractors throughout the UK.

More than seventy GAL.49 Hamilcar gliders were used during World War II, towed by four-engine tugs, such as the Handley Page Halifax or Shorts Stirling.

The type was produced as the GAL.49 Hamilcar I, and in this configuration it saw service in support of the airborne forces, especiallyduring Operation Tonga (ahead of Operation Overlord) and the D-Day landings themselves in Normandy on 6th June June 1944.  GAL.49 Hamilcar's were also used as part of Operation Market Garden during Spetember 1944, delivering anti-tank guns, transport vehicles and essential supplies.

The final major operation for the aircraft was as part of Operation Varsity, transporting M22 Locust Light Tanks into Germany in 1945.

In total, some 344 GAL.49 Hamilcars were created and although records show they were extremely successful, their large size and relative slow descent speed meant they were easy tagets for anti-aircraft fire.

In addition to its base glider design, a small number of aircraft were fitted with two 965 hp Bristol Mercury 31 engines to become the GAL.58 Hamilcar X which is described elsewhere on this website. 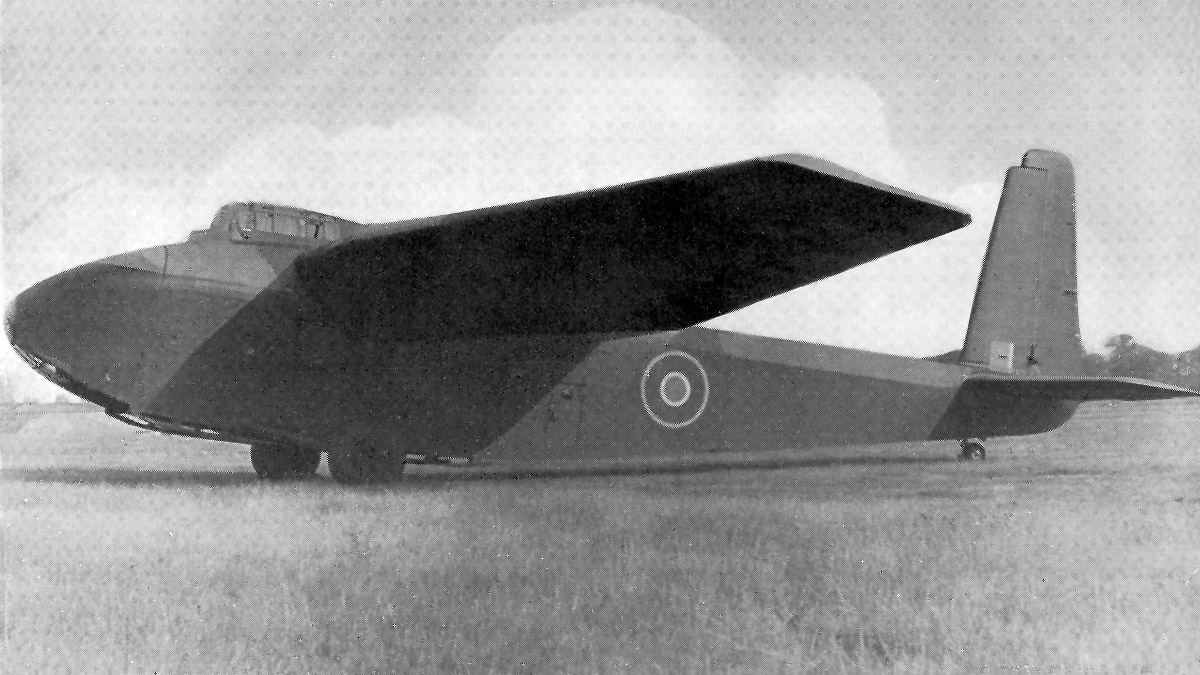 Side view of the imposing General Aircraft GAL49 Hamilcar, the largest Allied glider used in the Second World War.