Home Vickers Supermarine 541 Swift
A single-seat jet fighter, interceptor and reconnaissance aircraft of the 1950's built specifically for the RAF. 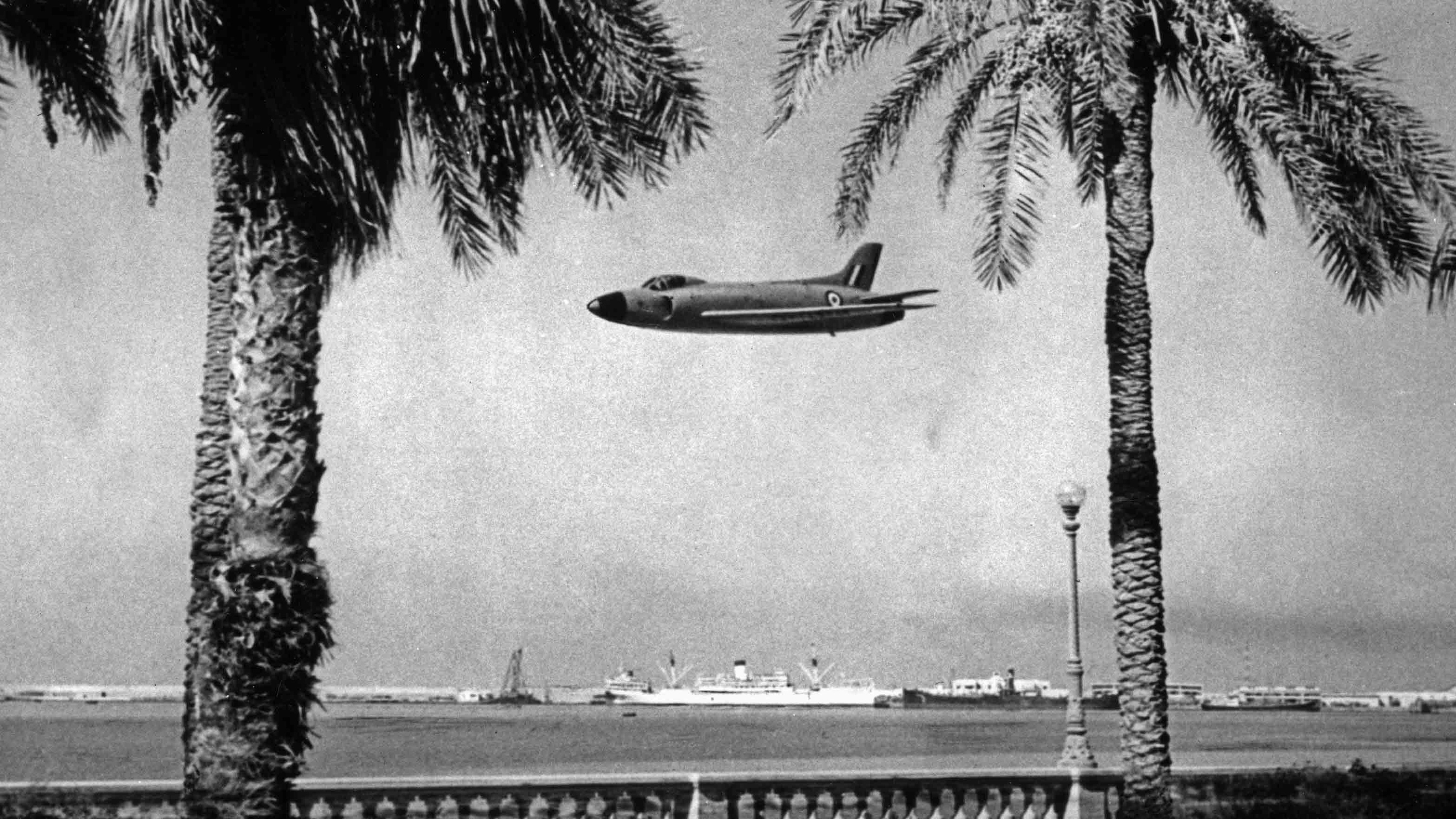 The Vickers Supermarine Swift was a single-seat jet fighter and was a development that followed on from that of the Supermarine Type 510, Type 528 and Type 535, the latter being, in effect, a pre-production Swift.

The Vickers Supermarine Type 510 was based on the straight-wing Vickers Supermarine, which first flew in 1946. Whilst the Type 528 was a further modified aircraft which saw the change from the much-hated tailwheel undercarriage to a nosewheel configuration, it also featured a longer, more pointed nose, kinked wing leading edges and a larger fuselage.  In this form it was re-designated Type 535 and flew for the first time on 23rd August 1950.

By this time the Air Ministry, who were becoming increasingly anxious over the Hawker Hunter program  as the tensions grew in Korea, turned to Supermarine and the need for the quickest possible production of a useable fighter aircraft.

Compared with the Type 535, the main change in the design was the use of the axial flow Rolls-Royce Avon engine in place of the centrifugal flow Rolls-Royce Nene.  This change was also accompanied by a significant increase in internal fuel capacity. The second of the prototypes (WJ965) also introduced lengthened intakes, a modified forward fuselage and an enlarged dorsal fin which set the final production configuration.

The Supermarine Swift F.2 (16 built) increased the cannon armament from two to four 30 mm Aden guns whilst the inboard leading edge of the wing received increased sweep. This allowed for extra wing fuel to be carried, making up for volume displaced by the additional fuselage-mounted cannon.

The Supermarine Swift F.3 (25 built) featured increased engine thrust, using the afterburning Avon RA7R although it was never destined for RAF use rather than being utilised as a 'Instructional Aircraft'.

The first Supermarine Swift variant to be produced in any significant numbers was the Supermarine Swift F.4, which introduced a variable incidence tailplane to overcome the pitch-up problem experienced on the F.3.

The prototype Supermarine Swift F.4 set a new world speed record (737.7 mph) over Libya on 25th September 1953, exceeding the record (727 mph) set by Neville Duke 3 weeks earlier in the Hawker Hunter F.3. It was a shot-lived accolade however, as the record was pushed event further to 753 mph by a U.S. Douglas Skyray, just a few days later. 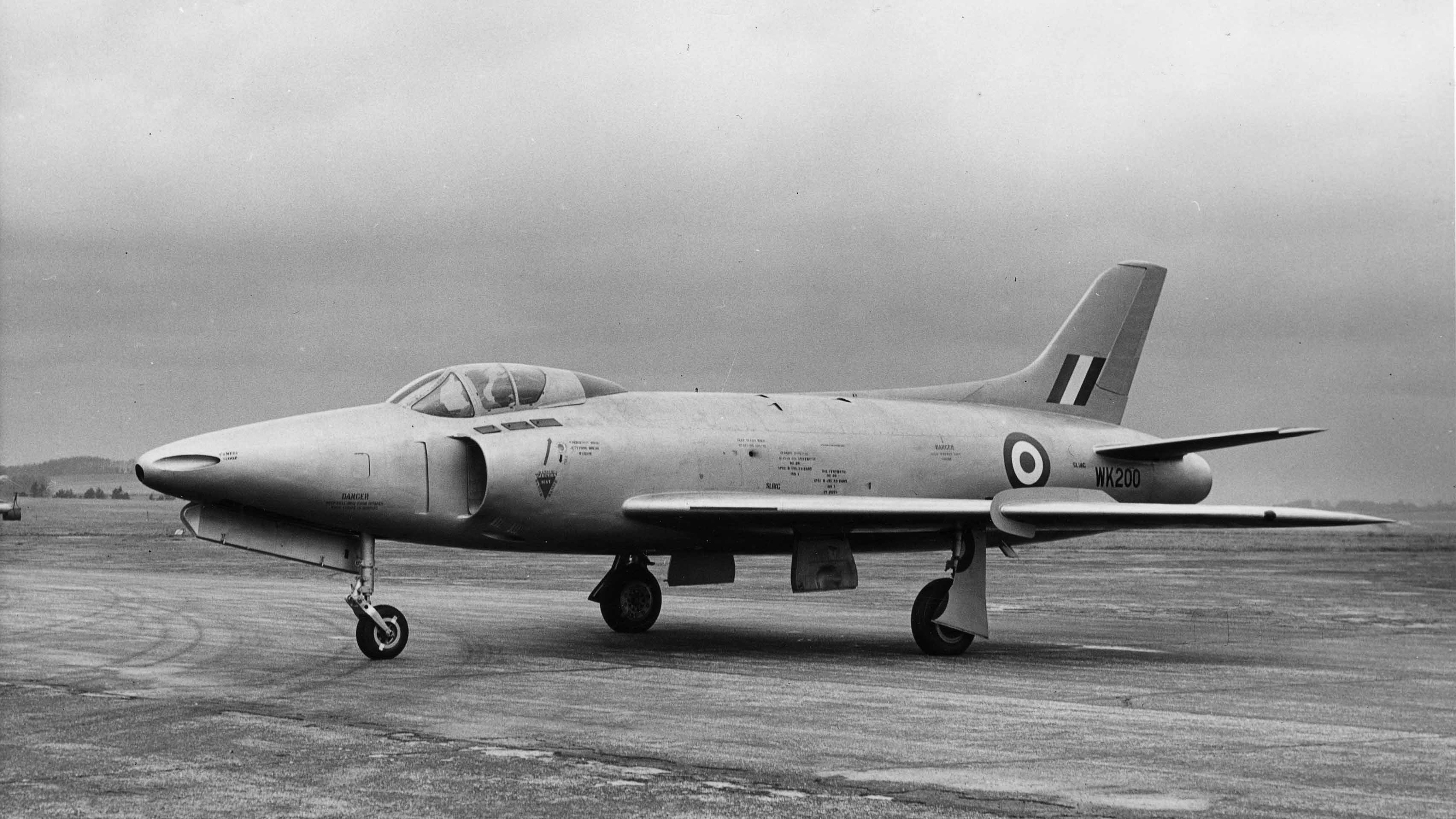 The next Supermarine Swift variant was the Swift Type 549 FR.5 (58 built) with reconnaissance cameras installed in an extended nose.

The final production Mark was the Supermarine Swift F.7, 14 of which were built. The Swift F.7 was also the first RAF fighter to be armed with air-to-air guided missiles. 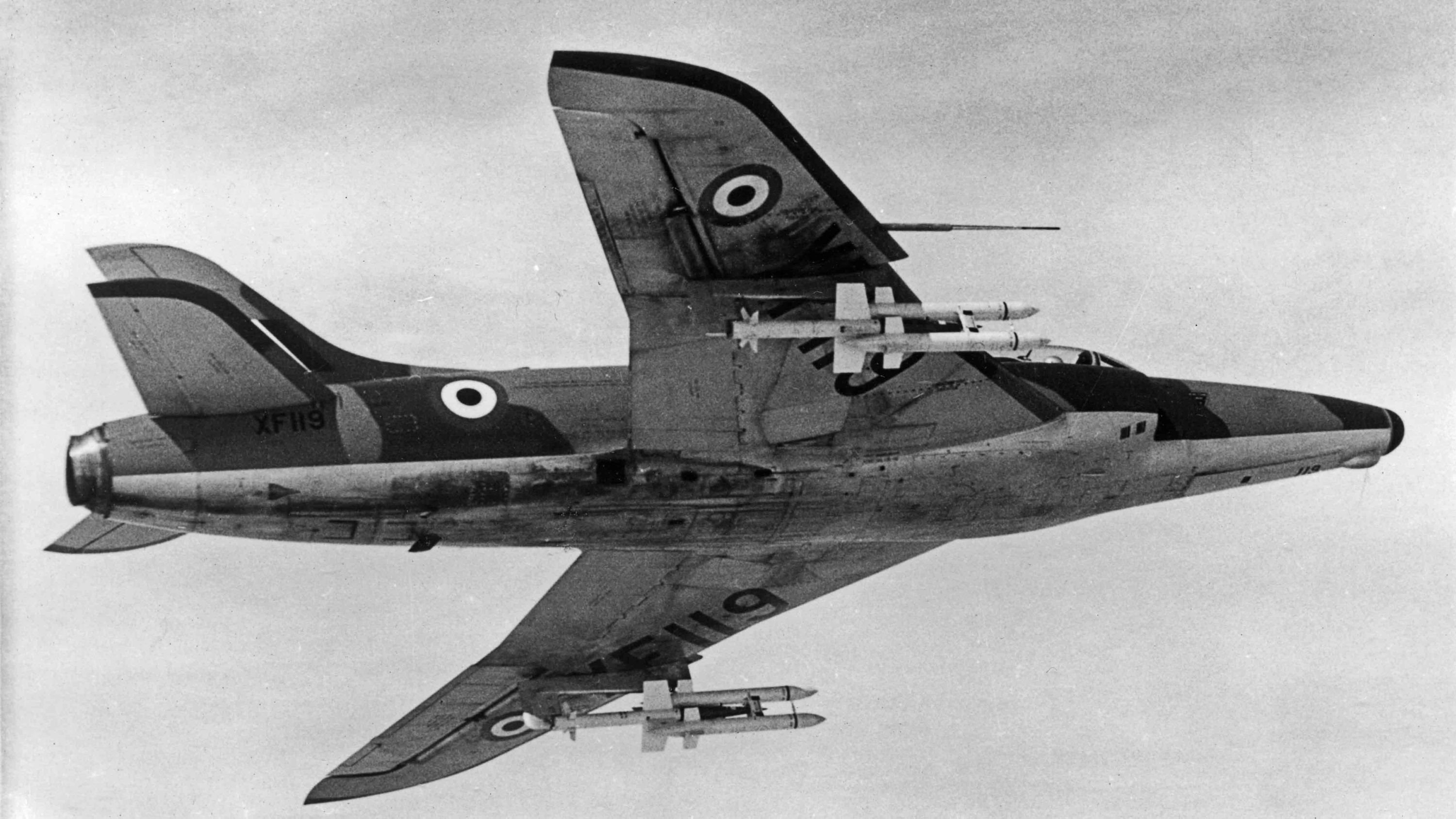 It was February 1954, when No.56 Squadron at RAF Bentwaters received their first Supermarine Swifts. Initially however, there were a number of restrictions on speeds, operation ceiling and gun-firing.  Supermarine Swift F.2's replaced their F.1 counterparts in August of the same year. Unfortunately, a number of accidents occurred before the aircraft was grounded.

Despite assurances from the engineers and designers at Vickers Supermarine, the RAF had lost confidence and the order was given to withdraw the Supermarine Swift from service forthwith.

The Supermarine Swift FR.5 performed extremely well in a low-level reconnaissance role and in 1957, it won the NATO 'Royal Flush' reconnaissance competition.

By the time of the production of the last variants many, if not all, of the significant problems had been solved but by then the Hawker Hunter was performing extremely well, fulfilling the needs and requirements of both the RAF and many other countries around the world.