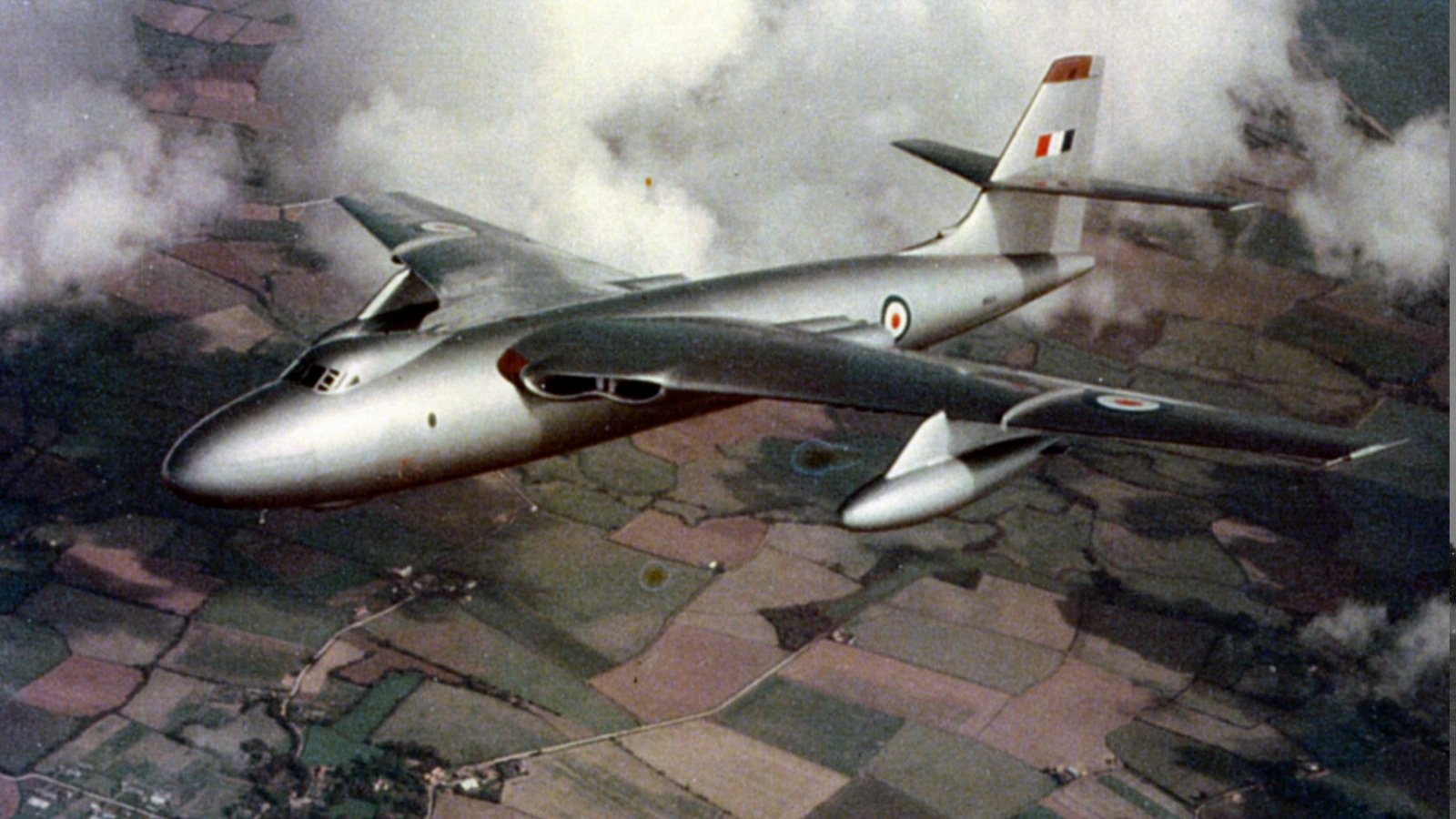 Vickers Valiant B1 (WB215) 2nd aircraft
Built by Vickers-Armstrongs at Weybridge, the Vickers Valiant was a four jet, high-altitude, strategic bomber and was the first, and most conservative in design, of the V-Bombers (the others being the Handley Page Victor and the Avro Vulcan).
The first prototype (WB210) was flown at Wisley, just a few miles from Weybridge, on 18th May 1951 although sadly it was lost following an in-flight fire on 12th January 1952.
Two additional prototypes were built, the last of these being the sole Valiant B.Mk 2 (WJ954), which was designed for low-level night penetration missions but not ordered for production.
The production Vickers Valiant B.Mk 1 served in pure bomber, photo-reconnaissance and tanker roles, as detailed below. The Vickers Valiant featured a moderately swept, shoulder-mounted wing on a circular section fuselage with swept cruciform tail surfaces. Power was provided by four Rolls-Royce Avon engines that were buried in the inner wing, with wing root intakes and trailing edge exhausts. 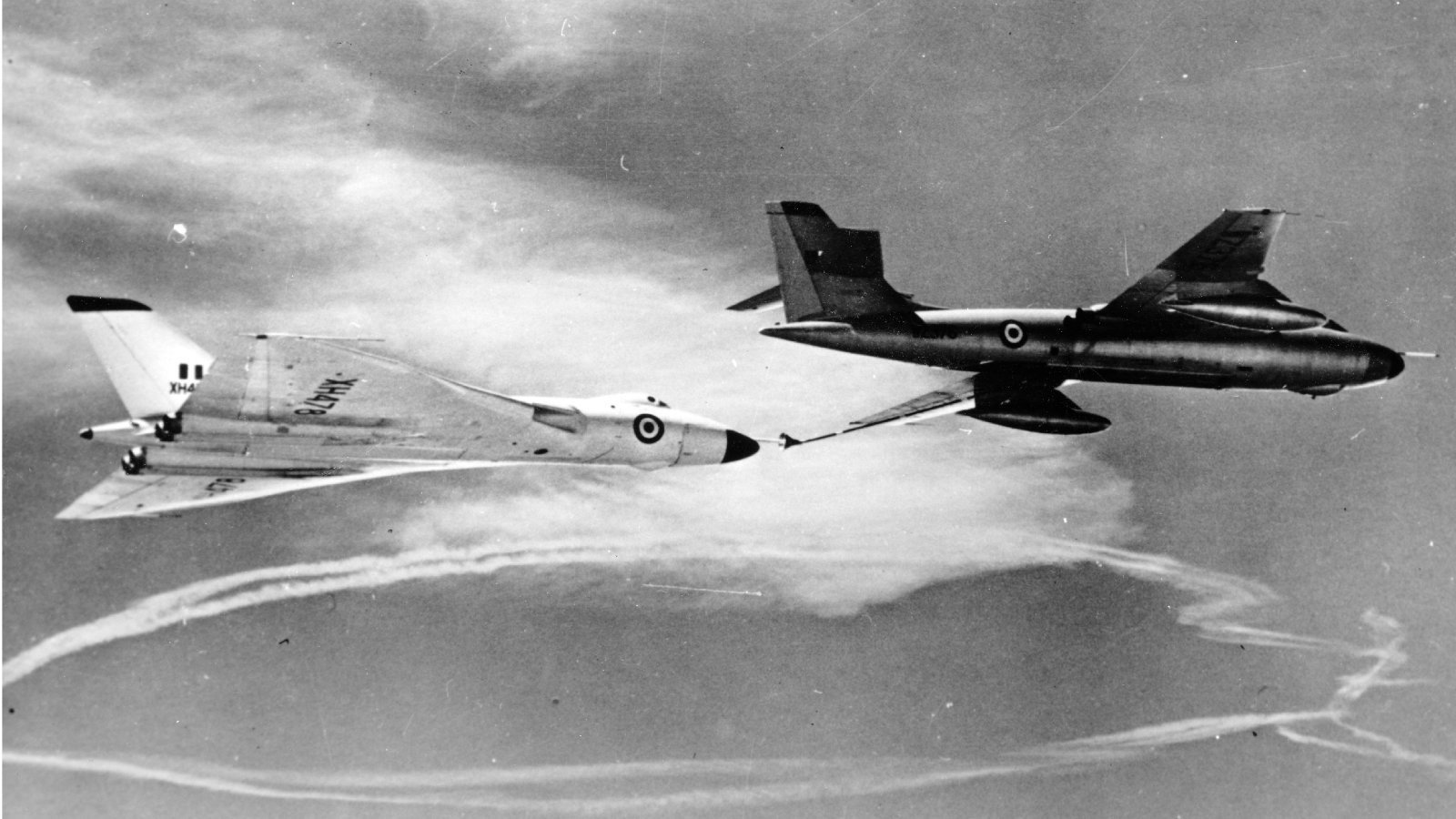 Vickers Valiant BK1 RAF (WZ376) refuelling Vulcan B1 RAF (XH478)
Production deliveries commenced in January 1955 and the type supported Britain’s nuclear weapon development in 1956 and 1957 with a Valiant (XD818) dropping Britain’s first H-bomb on 15 May 1957.
In the interim, intense operations against Egypt in October 1956, four RAF Valiant squadrons conducted high-level strikes against a number of Egyptian airfields.
By modern standards, the Valiant programme was conducted very successfully in a short space of time, with less than four years passing between first flight of the prototype and delivery of production aircraft to service. 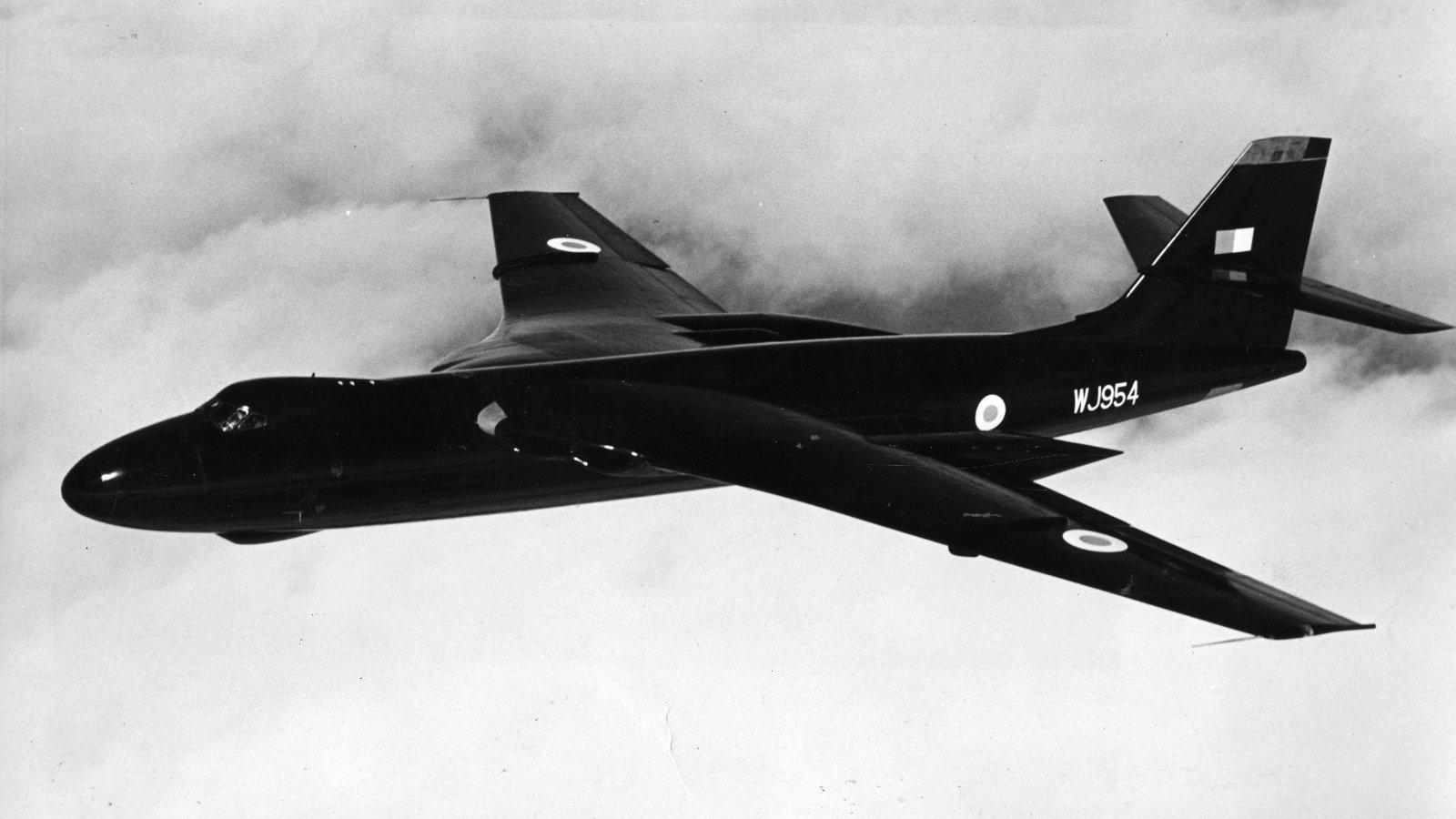 Vickers Valiant B2 (WJ954)
The aircraft was reliable in service, but when transitioned to a low-level penetration role in 1964, wing spar fatigue cracks soon became apparent and the type was prematurely withdrawn from service in January 1965.

There appears to be only 1 remaining complete aircraft in the Uk (see below) plus 4 cockpit sections in museums.