It can be seen that electricity is still the largest source of global emissions, responsible for around 631 thousand tCO2e, more than 43% of the 2013 total, followed by natural gas, coal and air travel.

In 2013 the GHG emissions were 31% higher than the 2012 value. This is the result of an increasingly mature approach to capturing emissions data across the global business. The carbon footprint now includes some significant additional sites and fuel sources not present in the 2012 calculation. The inclusion of one of these large new sites (Radford) contributes significantly to the coal use increase, and has had a marked impact on electricity usage. At another large site (Kingsport) a significant amount of purchased steam has been included in 2013. 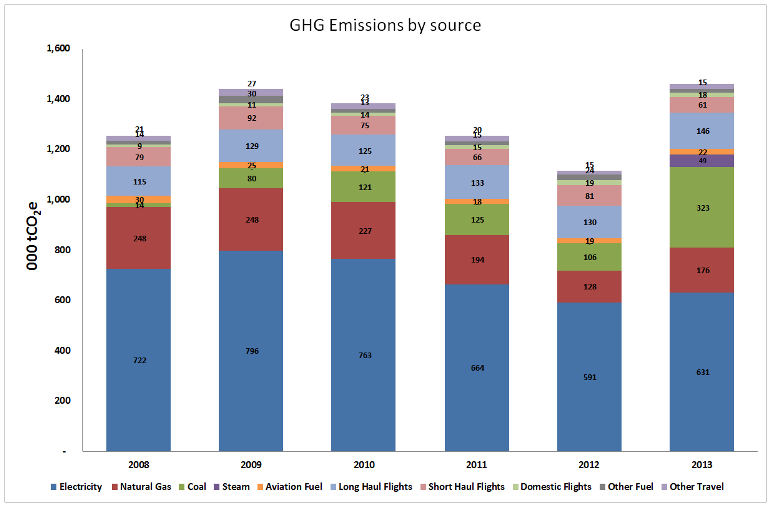