What we do Products & Services Capability

With more than 500,000 flying hours already under its belt, Eurofighter Typhoon is proven as the flexible, reliable, resilient and cost-effective core of many air forces – and will continue this role for decades to come.
The combined strength of the Eurofighter partnership has set a clear path to rapidly develop operational capability as the future battlespace evolves – delivering today’s needs and shaping the answers to tomorrow’s challenges.
The most recent example, known as Project Centurion, added deep strike missile Storm Shadow, beyond visual range air-to-air missile Meteor, and the precision attack missile Brimstone added to Typhoon’s weaponry.
Following a programme supported by all four partner nations – the UK, Germany, Italy and Spain - delivered in just 18 months, these new capabilities are now in operational use.
In parallel there have been a series of enhancements under the skin of the aircraft — including software packages and sensor upgrades.
New investments in radar, communications, data management, weapons and connectivity will continue to further strengthen Typhoon’s survivability and interoperability alongside other platforms.
This will ensure it provides air, land and sea forces the freedom of action and operational advantage necessary to win in the complex and congested battlespace of the future.
“The sensors on the aircraft are so good it’s a question of how we use that information and how we get it to other fast jets and ground allies. It is about ensuring the right information is in the right place at the right time.”
Air Cdre Linc Taylor, Royal Air Force
“In such a busy airspace the biggest threat is other aircraft. The Eurofighter’s radar is key, particularly after refuelling, because it allows you to get back into your airspace and see who is in there. Effectively it ensures you’re safe.”
Royal Air Force pilot taking part in Operation Shader out of RAF Akrotiri, Cyprus 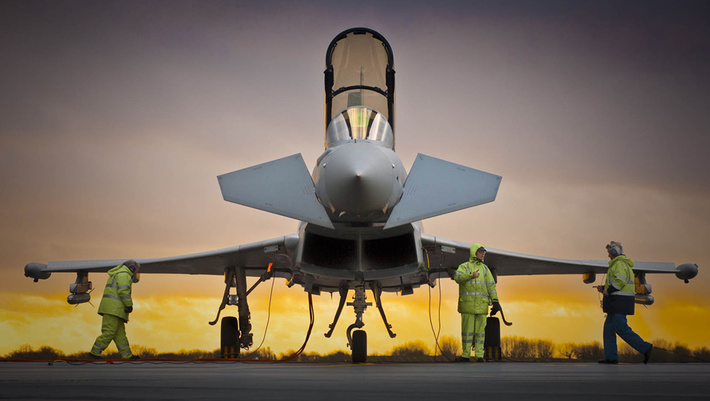 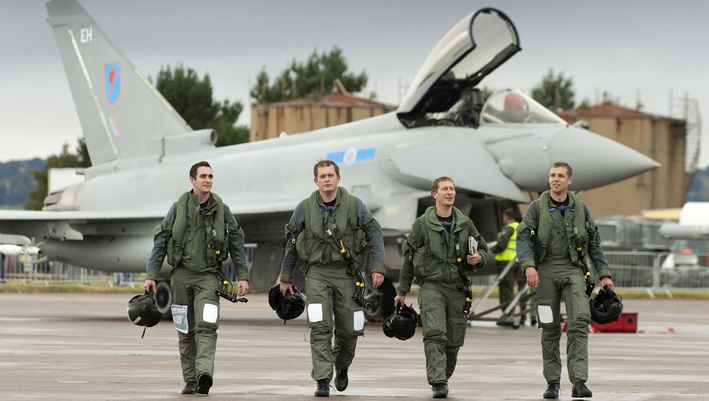