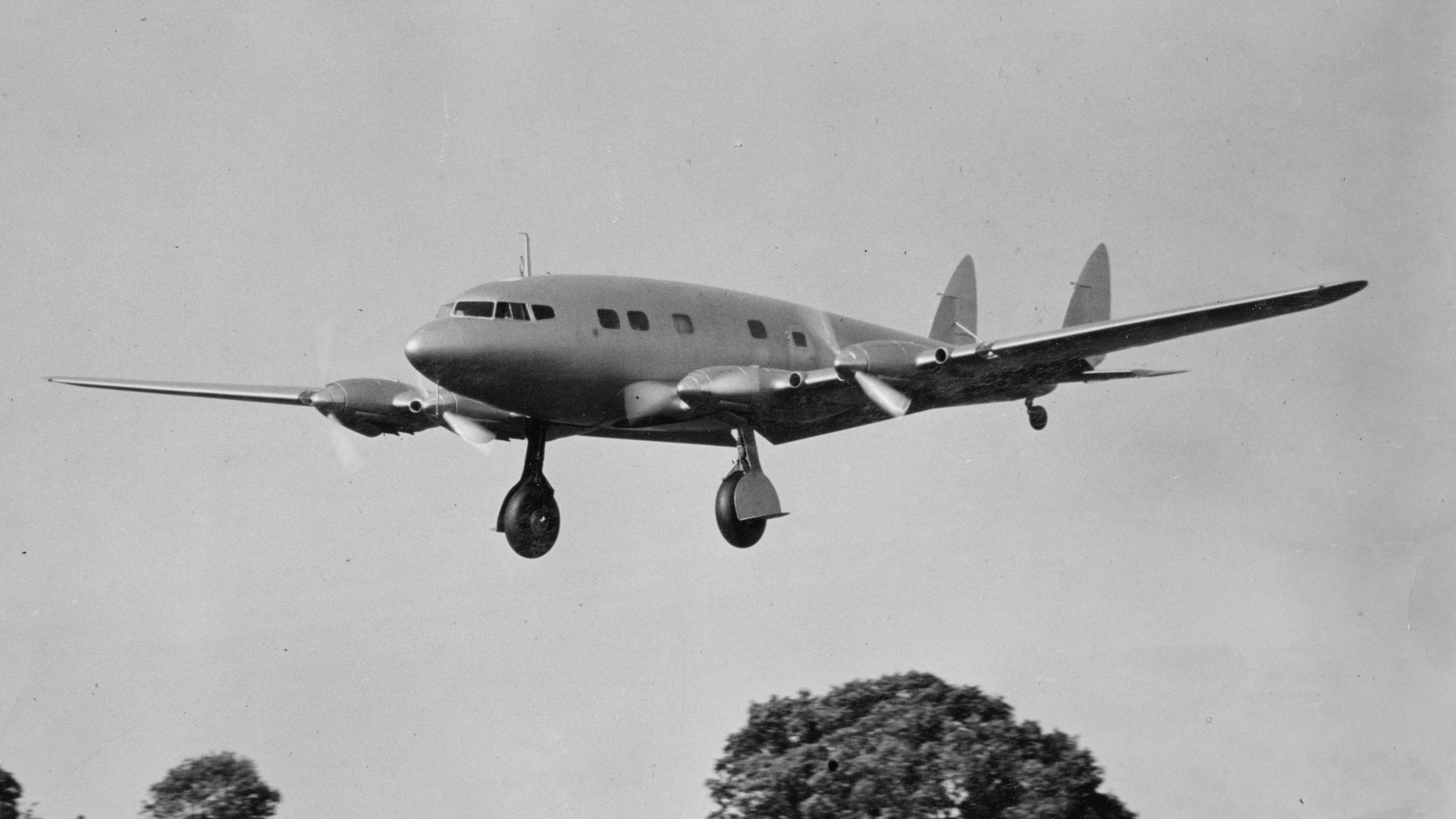 Prototype De Havilland DH91 Albatross E.2 landing showing original fin and rudder shape.
The De Havilland Aircraft Company DH91 Albatross, designed by Arthur Hagg, as a long range, 4 engine mail plane and passenger airliner to meet Air Ministry specification 36/35.
Aerodynamic refinement was the driving consideration in the design of this elegant aircraft and the result was a fantastically clean fuselage. This was enhanced further by featuring a retractable undercarriage and an engine installation with minimum frontal area. The DH91 Albatross also used the pioneering plywood / balsa sandwich monocoque fuselage construction that was later used on the DH98 Mosquito and DH103 Hornet.
The prototype DH91 Albatross (E2, later G-AEVV) flew for the first time on 20th May 1937, with power being provided by four air-cooled 525 hp Gipsy Twelve inverted-V engines, installed in close-fitting nacelles. The monoplane wing was built upon the same principles as that of the DH88 Comet Racer, which saw such success in the 1934 MacRobertson Air Race to Australia. 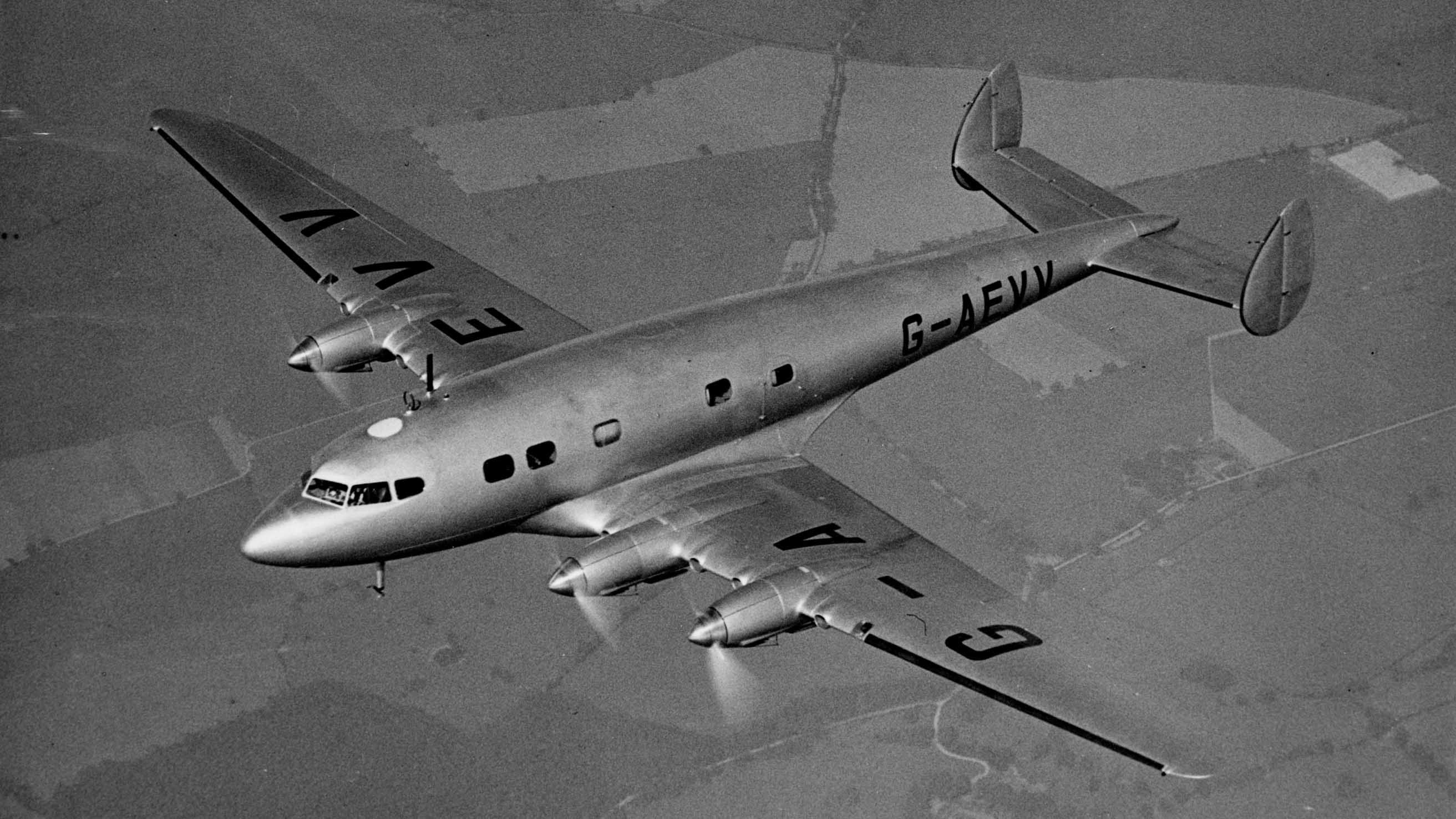 De Havilland DH91 Albatross prototype G-AEVV air to air showing revised fin shape.
Initially, twin fins were fitted inset from the tail-plane tips, these being replaced following initial trials with a pair of fins mounted as endplates at the tail-plane tips. A retractable undercarriage was also fitted with the larger, single wheels retracting into the wing root.
Development was not without its problems however, with the second prototype suffering a structural failure of the fuselage, whilst undergoing overload trials on 27th August 1938. There was also a dramatic belly landing in March 1938, caused by undercarriage problems. 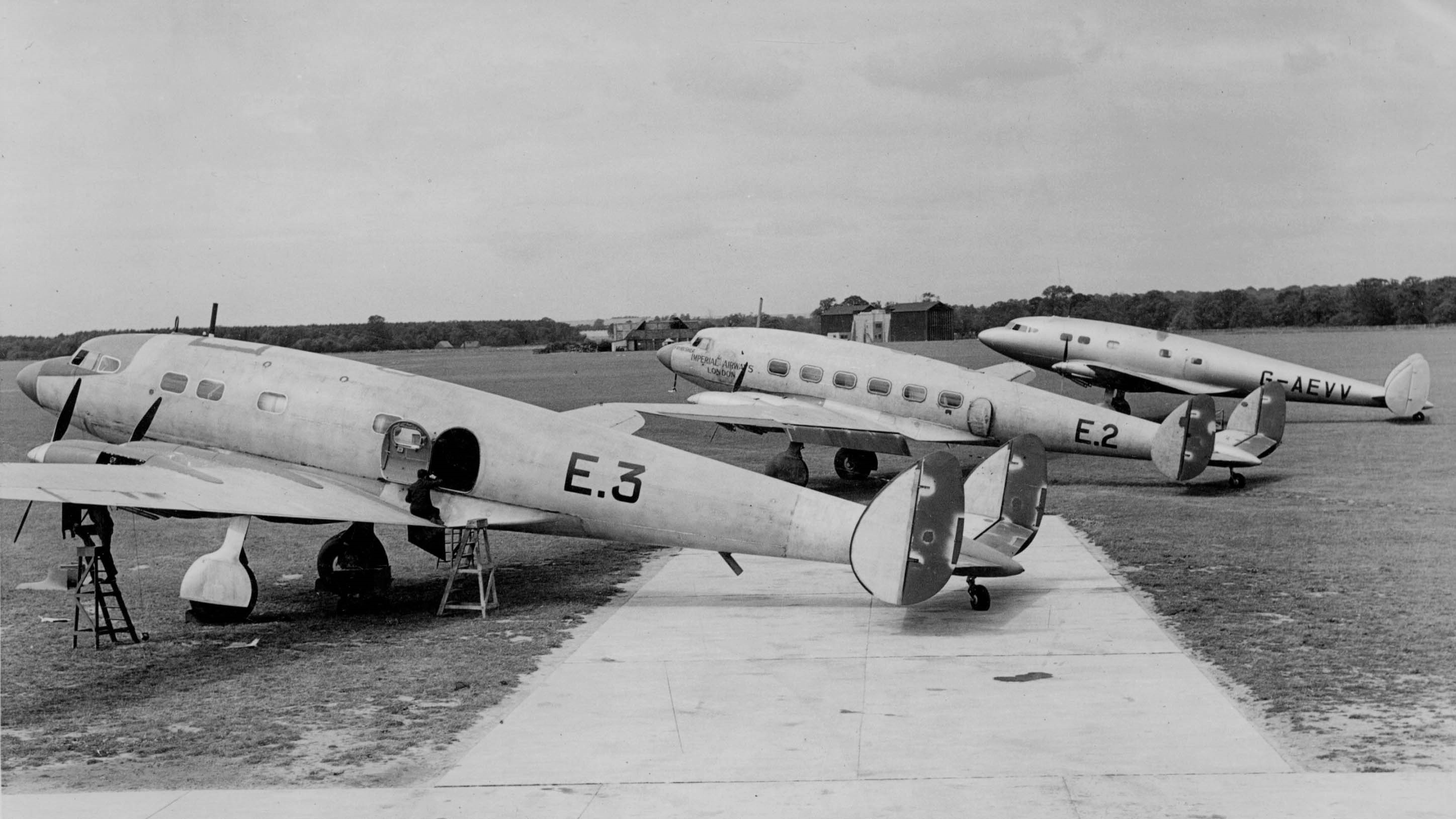 DH91 Albatross prototype (G-AEVV & E2, E3). with extra windows in the airliner version (E.2)
Two aircraft (G-AEVV and G-AEVW) were built as mail carriers, followed by a further five configured as passenger aircraft. These are identifiable by the provision of additional cabin windows and split-slotted flaps.  These latter aircraft also had a reduced fuel capacity when compared with the mail plane versions.
For ease of reference, all DH91 Albatross aircraft were christened with names beginning with ‘F’, with the first production aircraft (G-AFDI ‘Frobisher’) serving with Imperial Airways. Unfortunately, it was destroyed during a German air attack at Whitchurch in 1940.
Following the outbreak of war, the DH91 Albatross continued in service, operating to Lisbon and Shannon. Later in RAF service, it also frequently flew VIPs and personnel to Iceland. Incidentally, the two prototype aircraft (Faraday & Franklin) were both destroyed during landing accidents at Reykjavik in 1941 and 1942.
In fact, crash landings became a common fate for the DH91 Albatross as the 4th example (G-AFDL ‘Fingal’ had previously been destroyed on arrival at Pucklechurch in 1940 whilst the 3rd (G-AFDK ‘Fortuna’) was later destroyed in a crash landing accident at Shannon Airport in 1943. 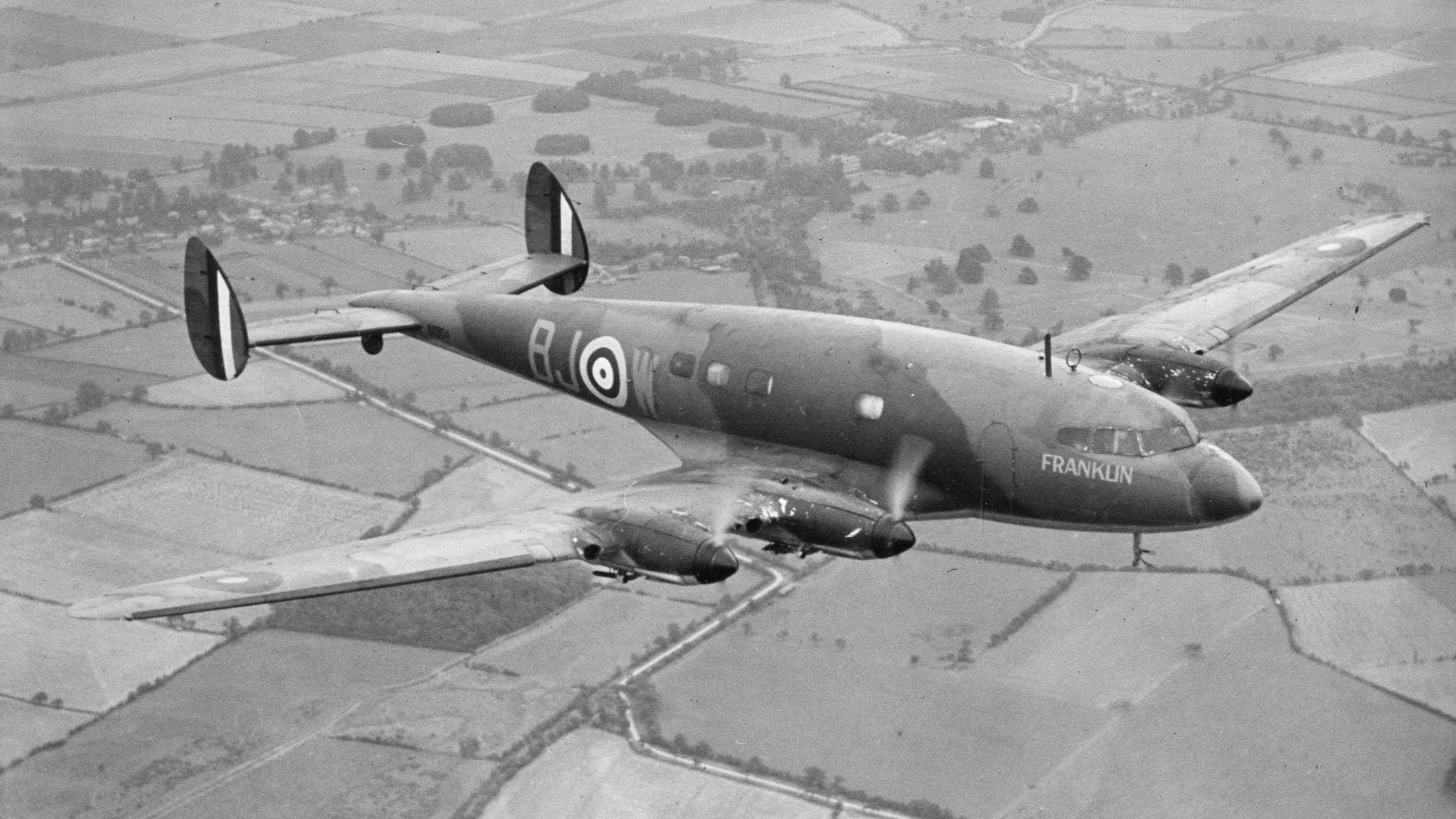 The remaining DH91 Albatross aircraft continued in service until about mid-1944, when lack of spares resulted in the last two survivors (G-AFDM ‘Fiona’ and G-AFDJ ‘Falcon’ being broken up.

No DH91 Albatross aircraft have survived.