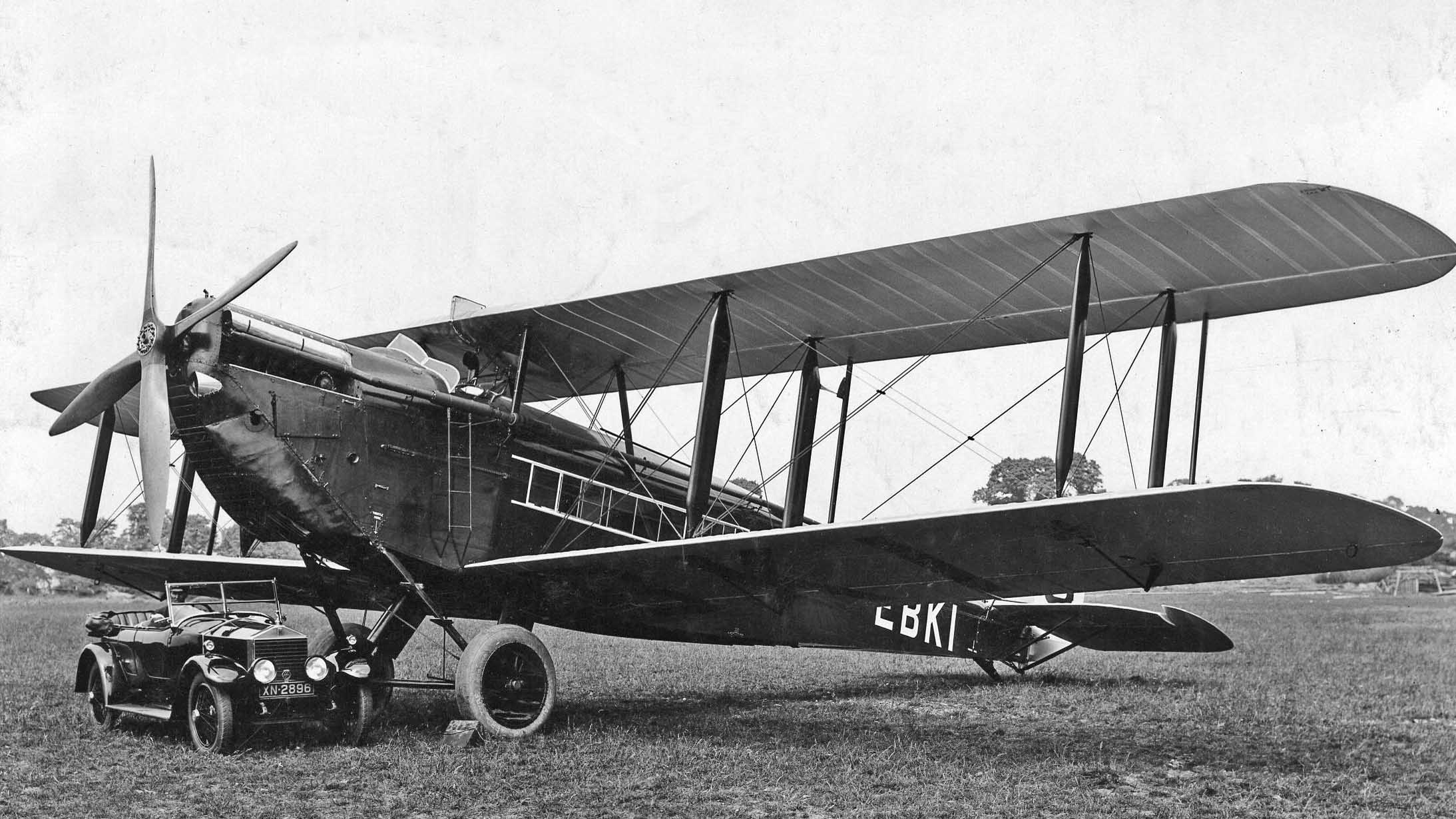 De Havilland DH54 Highclere G-EBKI with a car providing a sense of scale.
A single prototype of the De Havilland Aircraft Company DH54 Highclere biplane airliner was built to Air Ministry Specification 40/22, which called for a larger version of the DH34, to increase passenger capacity from 9 to 12.
The aircraft (G-EBKI) was first flown first by Captain Hubert Broad on 18th June 1925.
The DH54 incorporated a number of advanced features, including high-lift flaps and an undercarriage that could be jettisoned to increase safety, should the aircraft have to be ditched. It was configured as a conventional single engine two-bay biplane, with fabric covered wings and an all-wooden frame fuselage covered with plywood.
The two crew sat in an open cockpit ahead of the upper wing leading edge. Passengers were seated in an enclosed, heated cabin of four rows with single seats on the left and double seats to the right. A passenger lavatory was installed in the rear fuselage.  Power was provided by a single, 650 hp Rolls-Royce Condor IIIA water-cooled engine driving a 4-blade propeller.
By the afternoon of its maiden flight on 18th June 1925, the prototype (G-EBKI) was already sheduled for carrying non-fare paying passengers and it was put on show in the New Types Park at the RAF Display at Hendon on 25th and 26th June 1925. The type was then demonstrated at the Lympne Bank Holiday race meeting on 1st August 1925, taking part in a race with a full-passenger load and just winning at a speed of at 103.4 mph.
Owned throughout its life by the Air Ministry, the DH54 successfully passed its airworthiness tests at Martlesham Heath in early 1926. By that time, however, Imperial Airways had introduced a policy that passengers would only be carried in multi-engine aircraft and it was this that sounded the death knell for further development and production of the type.
The sole aircraft (G-EBKI) was briefly used at the Royal Aircraft Establishment (RAE) Farnborough from March 1926 and was later considered for use as a freighter by Imperial Airways, to whom it was loaned in November 1926.  Unfortunately, it was never adopted for this role and shortly afterwards the aircraft was damaged beyond repair by the collapse of a hangar at Croydon Airport following a heavy snowfall on 1st February 1927. 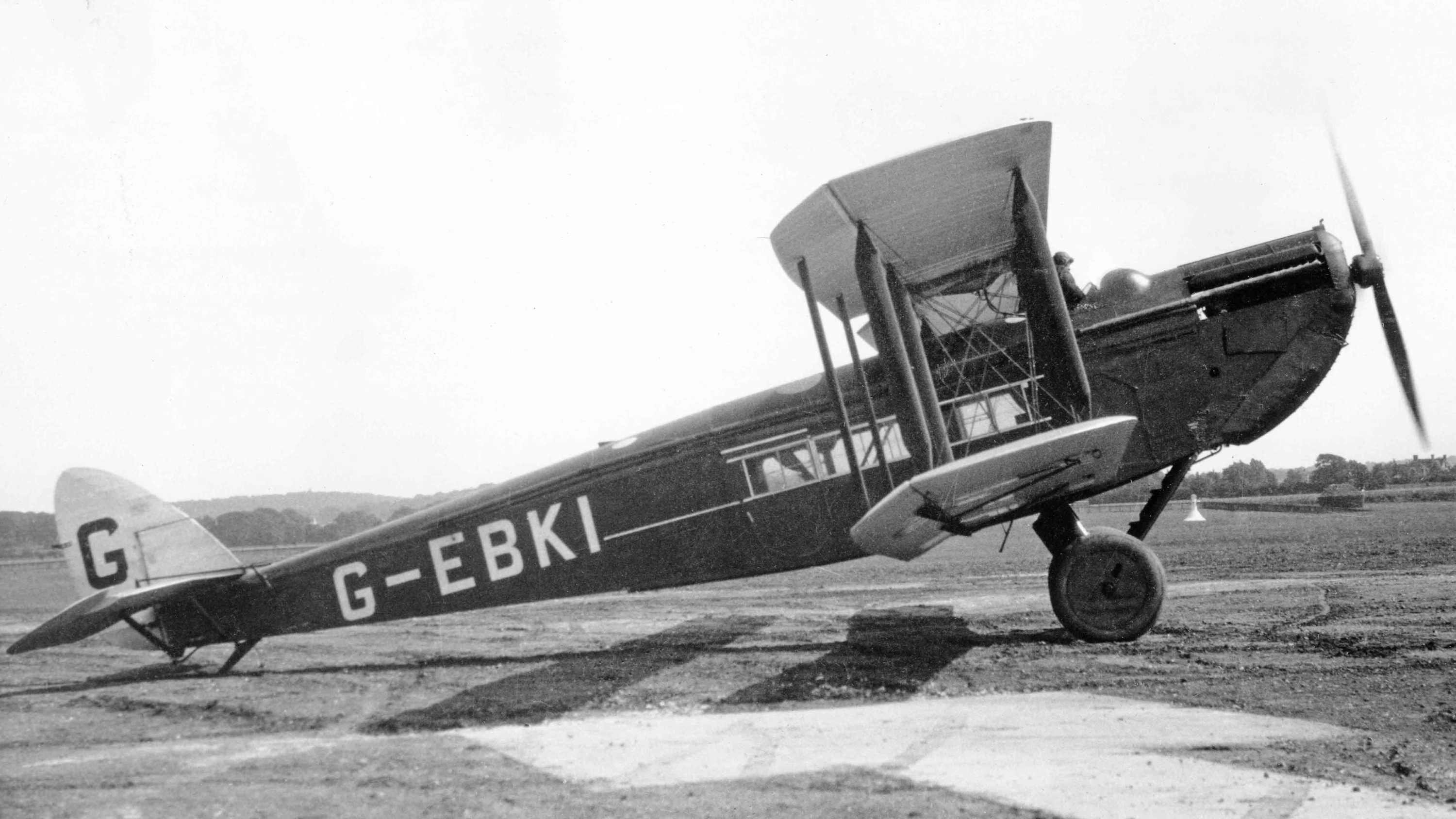 De Havilland DH54 Highclere G-EBKI photographed on the ground at Croydon in 1926.

2 DH54 variants with alternative engines were considered for further designs (DH55 & DH57) although neither of these came to fruition.

Nil, G-EBKI was destroyed in a hangar collapse in February 1927.