Our Company Heritage Airspeed AS6 Envoy
A successful commercial aircraft that was later developed into the Oxford aircrew and navigation trainer for the RAF. 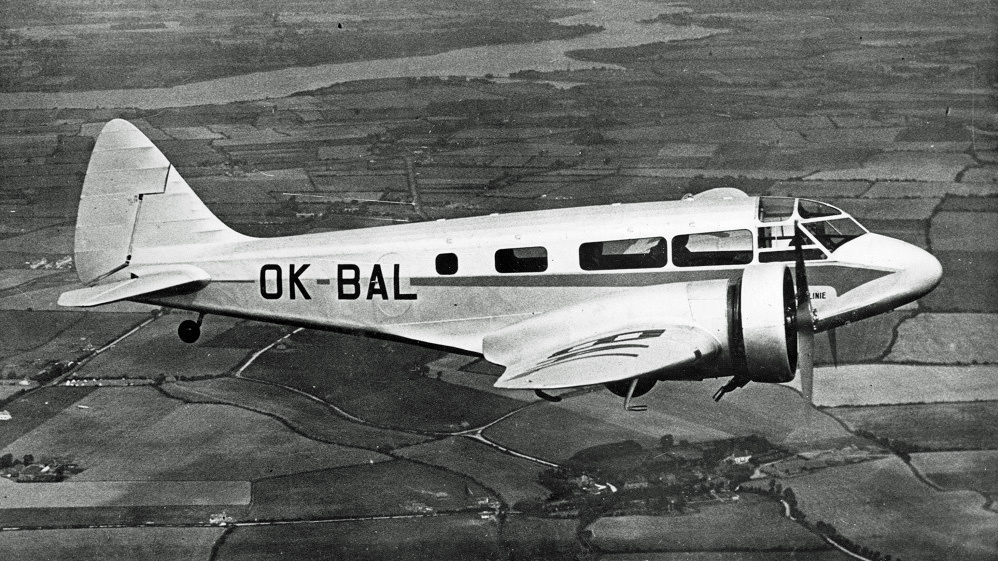 The Airspeed AS.6 Envoy was a light, twin engine transport aircraft designed up to 6 passenger for the commercial, civil and military market.

The first AS.5 Envoy (G-ACMT) flew for the first time at Portsmouth on 26th June 1934 and it appeared a at the S.B.A.C Show at Farnborough just a month later. The AS.6 Envoy was a reasonably successful aircraft with 61 examples being built.

Designed by A. Hessell Tiltman, Airspeeds Chief Designer during the 1930s, it was of all-wood construction apart from the fabric covered control surfaces.  It featured a reward-retracting undercarriage along with a fixed tailwheel. The first production aircraft (G-ACVH) flew in October 1934, and went on to become the company's main demonstrator.

In September 1936, the success of the type was becoming apparent and it was advertised as follows:

‘Airspeed Envoy - Amongst the countries to which exports have been made recently are: South Africa, India, Australia, Czechoslovakia, Japan'.

AS.6 Envoy aircraft were manufactured at the Airspeed factory in Portsmouth with just 7 to 8 weeks from the receipt of the order to the delivery of the first aircraft and then one every week thereafter. Airspeed found themselves very busy and in order to keep abreast of the increasing demand for the Airspeed AS.6 Envoy they soon found it was necessary to expand the factory.

The AS.6 Envoy was built in three Series with the Series I being the initial production model and easily identifiable as it did not have any trailing-edge flaps. 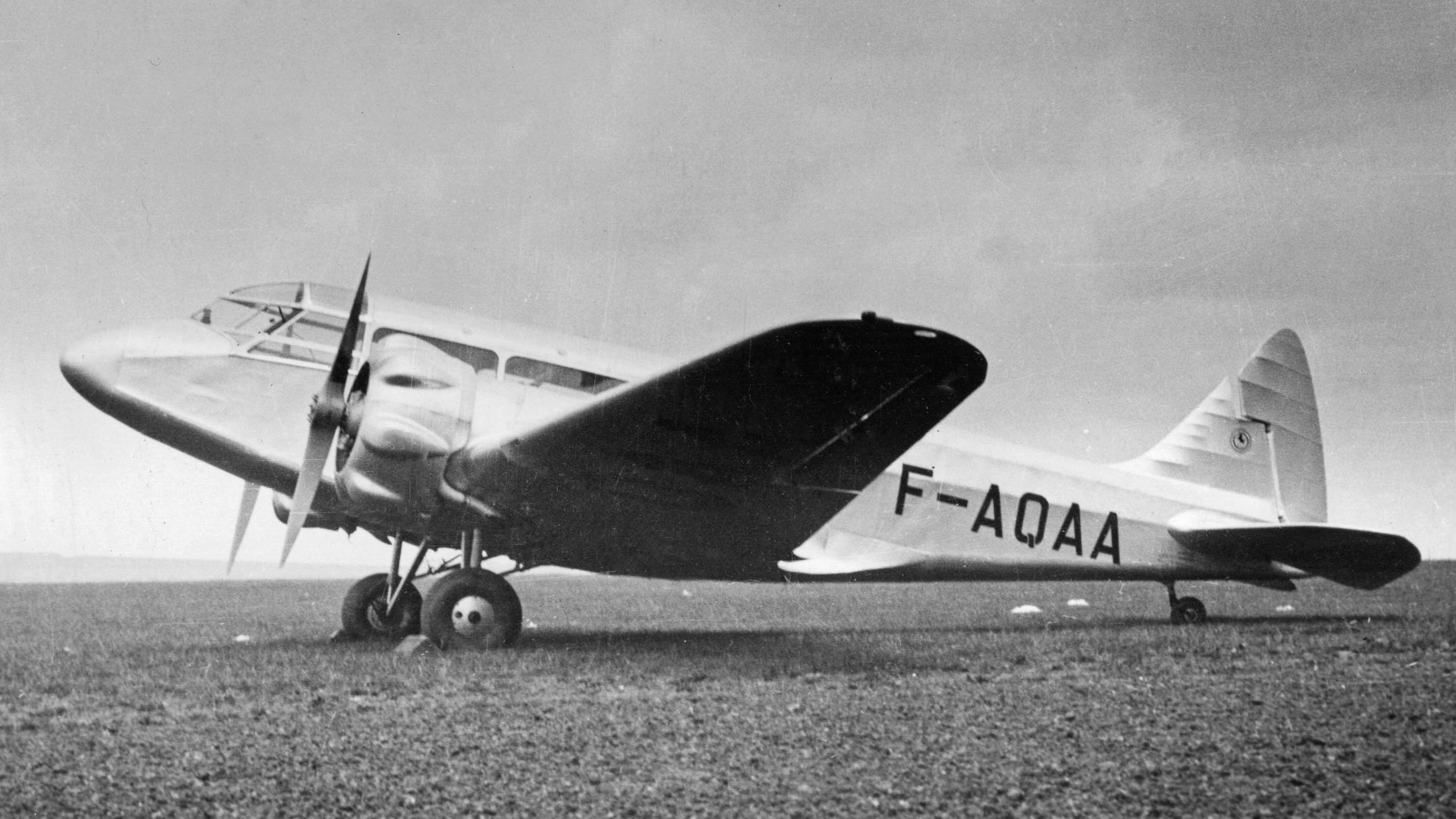 The Airspeed AS.6 Envoy was offered with a number of different engine types, the most popular being the Armstrong Siddeley Cheetah or Lynx. The variants and the numbers of each built are shown in the table below.

The sole AS.8 Viceroy (a special long-range version without cabin windows) was built for Captain T Neville Stack, the famous test pilot, air racer and aviation pioneer. The AS.8 Viceroy (G-ACMU) was entered for the 1934 MacRobertson Race from Mildenhall to Melbourne, against the winning DH88 Comet Racer.

Controversially, the aircraft got no further than Athens and it became the subject of an acrimonious legal battle between Captain Stack and the Airspeed Company, from which the latter of which emerged as the winner. Some say that this backfired on Airspeed, and its eventual owners De Havilland Aircraft Company as the son of the complainant (Sir Thomas Neville Stack) went on to become a Senior Royal Air Force Commander.

A number of other aircraft were also equipped with long range tanks although these retained the AS.6 Envoy designation. 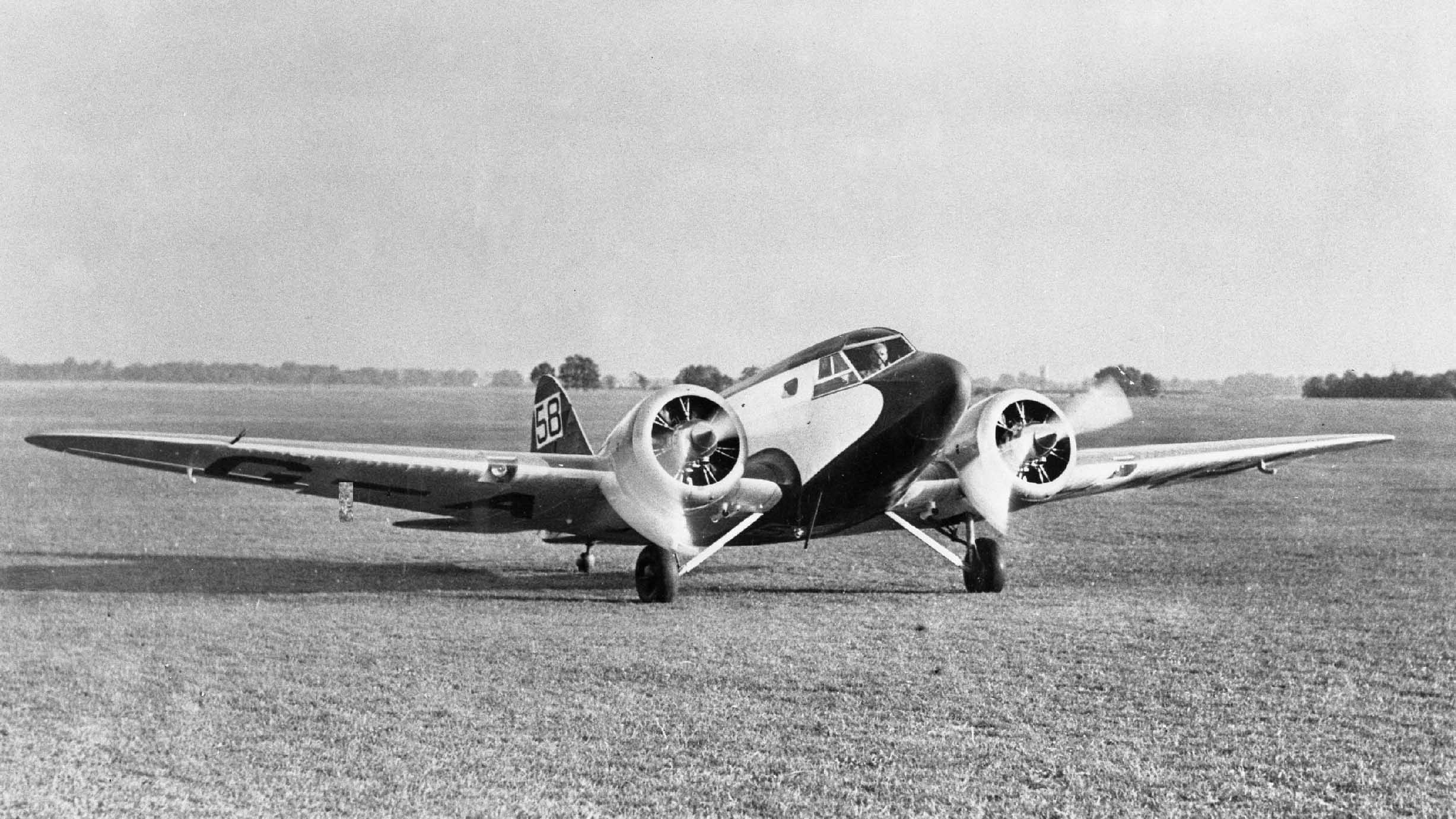 The sole Airspeed AS8 Viceroy G-ACMU at Mildenhall prior to the 1934 Air Race.

Two As.6 Envoy I's were delivered to Japan in 1935, one for evaluation by the Japan Air Transport Co. and the other for the Imperial Japanese Navy Air Service as the Airspeed LXM. With the acquisition of a licence, production started at the Nagoya Mitsubishi factory of the Mitsubishi Hinazuru-type Passenger Transport Company. Initially powered by Gasuden Jimpu engines, this was later changed to licence-built Armstrong Siddeley Lynx, or Wolseley Aries Mk.III engines. A total of ten such aircraft were built in Japan.

Most significantly, the AS.6 Envoy formed the basis for the Airspeed AS.10 Oxford military trainer, Airspeed’s most successful powered aircraft. In October 1936, the Air Ministry had initially ordered 136 AS.6 Envoys for crew training.

However, following the introduction of the developed and improvement AS.10 Oxford, the order was subsequently changed accordingly.

During 1937, The Kings Flight took delivery of an Airspeed AS.6 Envoy III (G-AEXX) to replace its aging De Havilland DH89 Dragon Rapide and it was painted in a rather attractive red and blue livery. 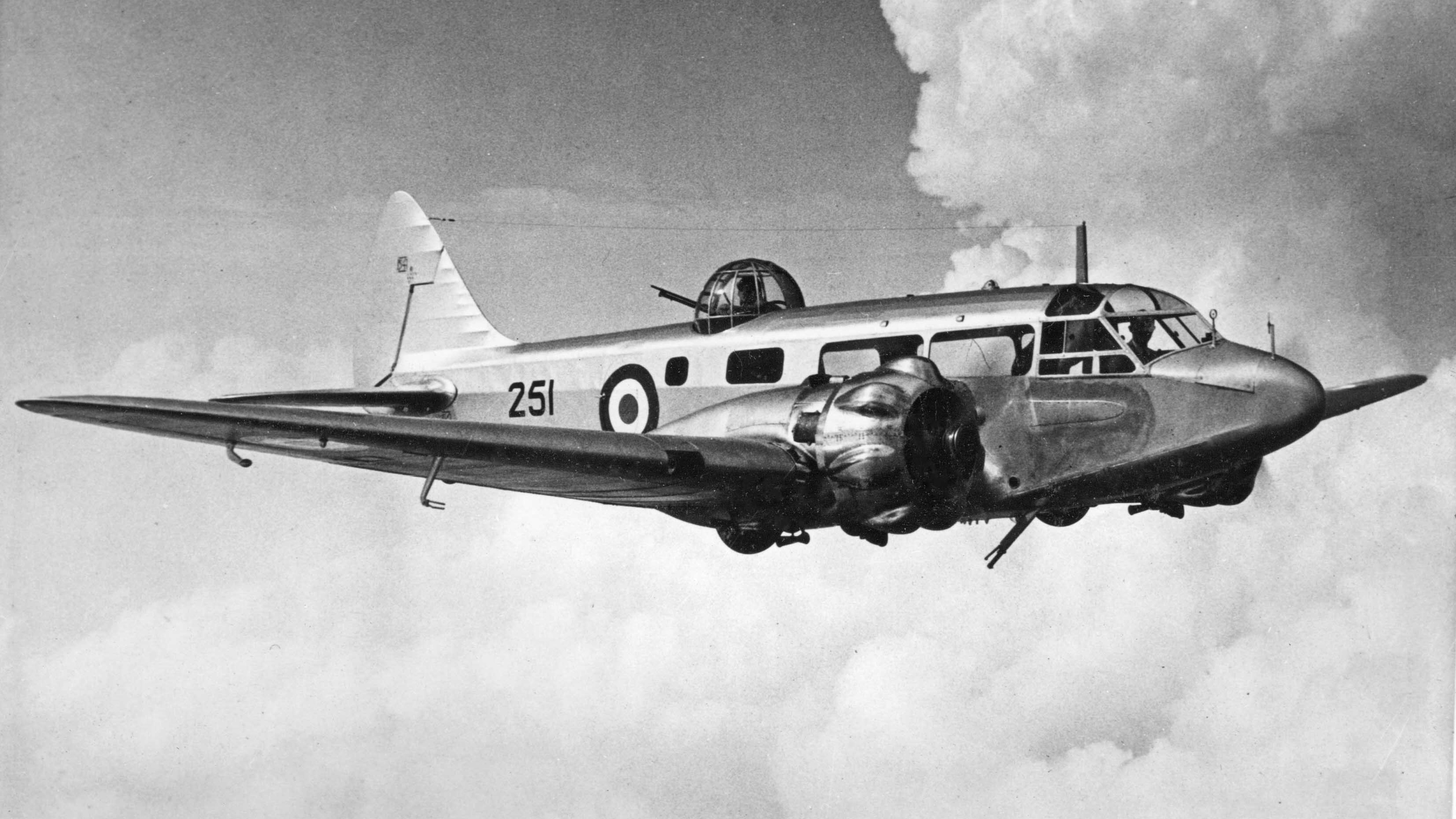 Airspeed AS6D Envoy II ZS-AGA SAAF 251 in military configuration.
During World War II, a number of Airspeed AS.6 Envoys were captured by the German Luftwaffe, who went on to use them as training aircraft. Postwar, only 1 aircraft (an AS.6 Envoy III) had survived and it served on passenger charter flights (as G-AHAC). Eventually this aircraft was subsequently scrapped at Nottingham Airport in 1950.