Our Company Heritage Heritage - Company - Airspeed
Founded in York in 1931 by A. Hesell-Tiltman and designer Nevil Shute Norway who later became famous as an author. 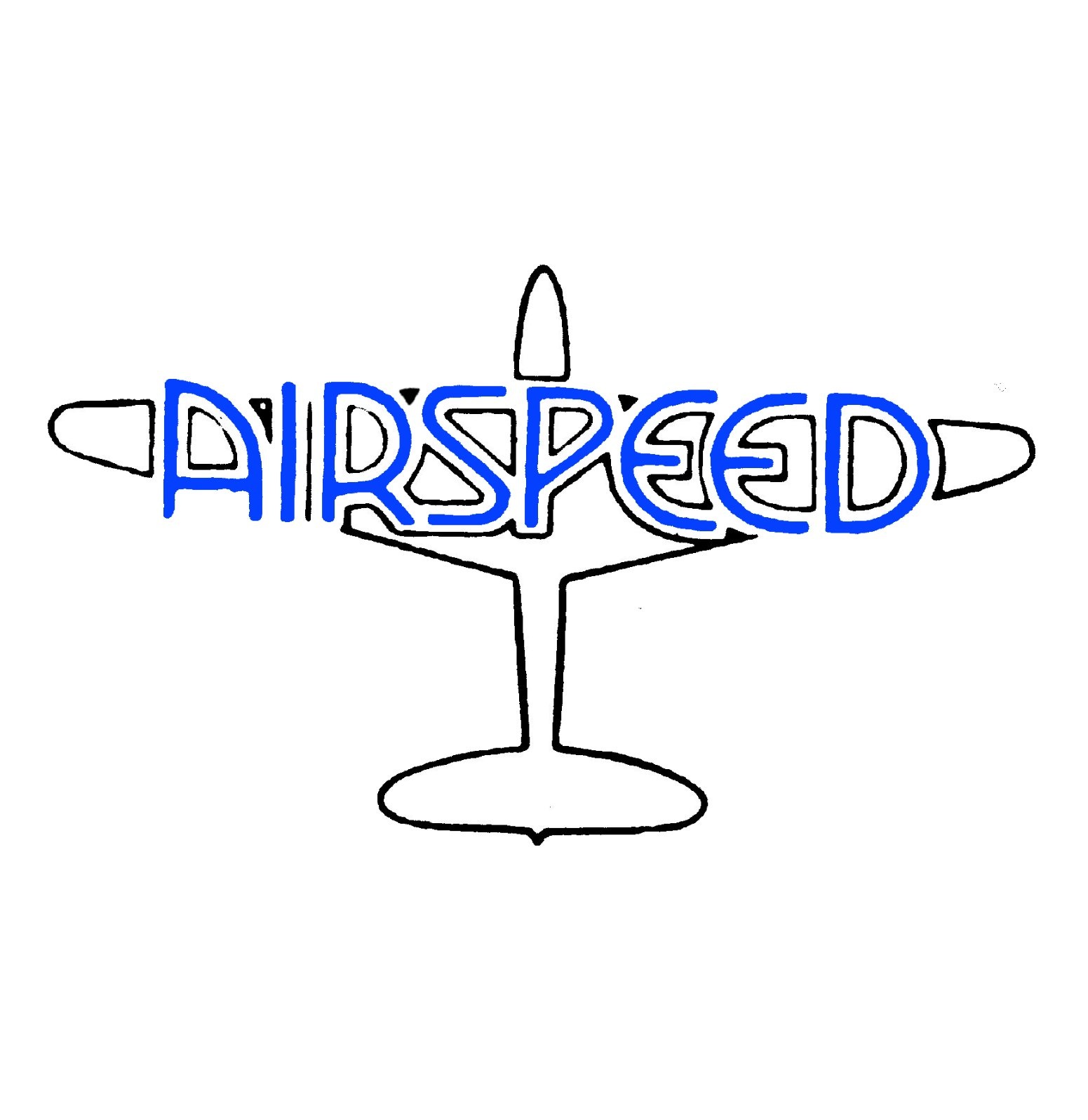 Airspeed was founded in Yorkshire by Alfred Hessell Tiltman and Neville Shute Norway in 1931, A number of other famous names of the day were associated with the early days of the company such as Alan Cobham, Amy Johnson and Lord Grimthorpe all being listed as shareholders.
The company's first aircraft, the AS.1 Tern was a small glider created purely to gain publicity through record breaking. Launched from hillsides, it could be privately purchased for just £248 although, even at this low cost, only 2 aircraft were ever produced.
The company were initially located in a former trolleybus garage in the Picaddilly area of York where they set about trying to raise capital to develop a powered aircraft - Unfortunately their initial share issue failed and they were rescued when Alan Cobham confirmed his order for 2 yet to be designed 10-passenger aircraft. That aircraft turned out to be the AS4 Ferry which featured an configuration of having 2 De Havilland Gipsy II engines with a third Gipsy III engine mounted on the upper wing.
Despite it being accepted as a reasonable aircraft for pleasure flights and short commuter journeys, the finances of the company and the space restrictions in York resulted in only 4 aircraft being produced.
With York Corporation apparently unwilling to invest in creating a local municipal airport, in 1933 Airspeed relocated to Portsmouth where a willing landlord offered a suitable facility including newly created factory building for a meagre down-payment of just £1,000. With very small reserves needed little convincing that it was vital to their survival.
The next 12 months were particularly difficult and they were still extremely insecure and so they became associated with Tyneside shipbuilders Swan Hunter Wigham Richardson Ltd, after which it became known as Airspeed (1934) Limited.
With an injection of both capital and resources, various aircraft designs followed including the AS6 Envoy, AS8 Viceroy and then in 1937, the extremely successful AS10 Oxford (of which over 8,500 were produced).
With the outbreak of war in September 1939, Airspeed found themselves with a range of aircraft which did not meet the beckoning requirements of the RAF and in 1940 it was announced that De Havilland Aircraft Company Limited had purchased a controlling interest in Airspeed (1934) Limited.
The firm continued to operate and market its products under its own name, and due to their now firm relationship with the various hierarchy within the Air Ministry, Airspeed (1934) Limited were brought in to manage the Ministry of Aircraft Production factory at Christchurch, where it built nearly 700 of the 3,600 Horsa Gliders that were used to such great effect before and during the D-Day landings.
In 1944, the company reverted to its original name of Airspeed Limited and in addition to the production of various De Havilland Types such as the De Havilland Mosquito, De Havilland Sea Vixen and De Havilland Vampire , it concentrated on the development of the AS57 Ambassador .
23 Ambassador aircraft were produced, with the primary user being British European Airways (BEA) on their ‘Elizabethan Routes’. 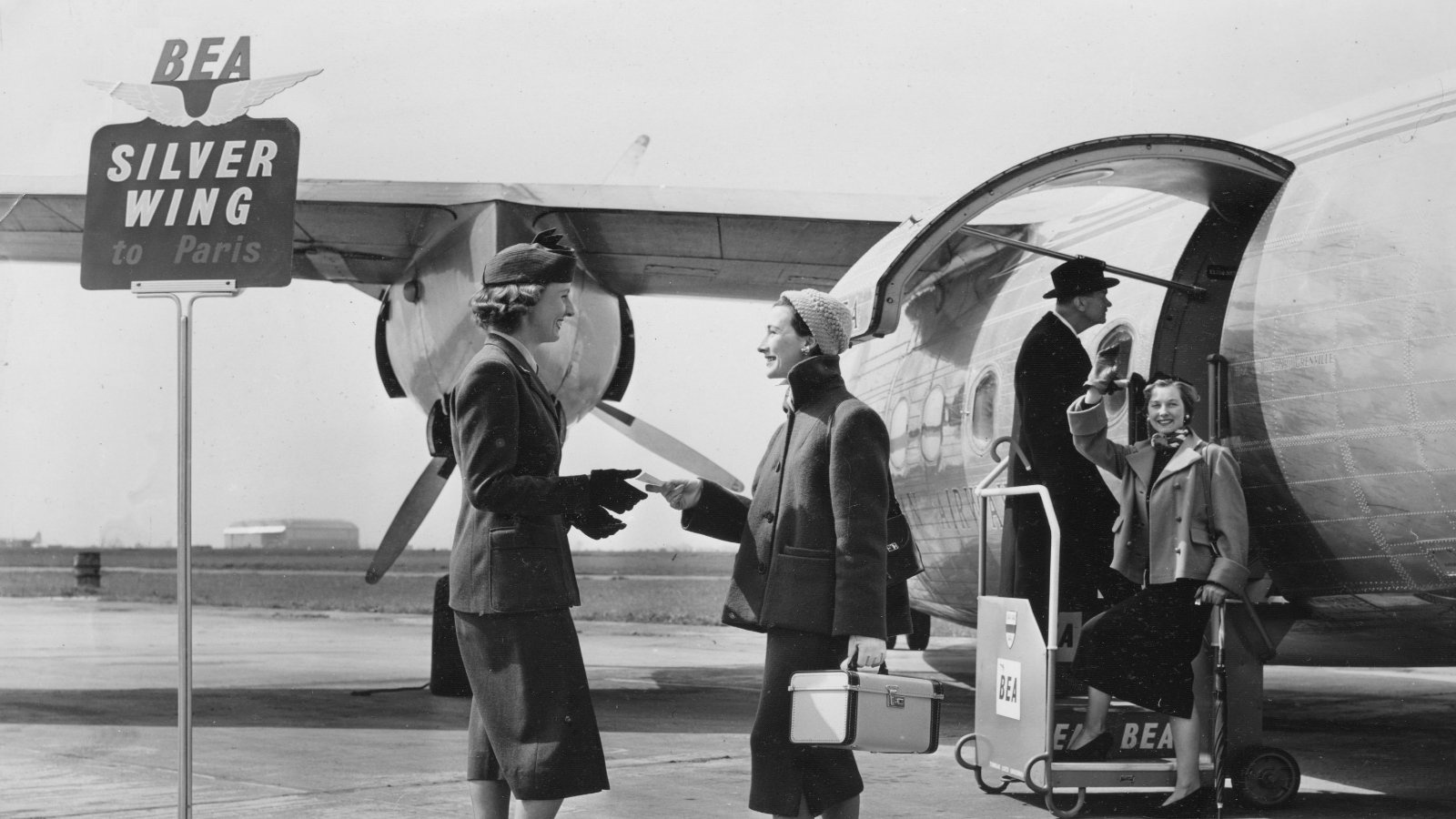 BEA Elizabethan Service passengers boarding for a flight to Paris
The last aircraft marque to carry the Airspeed designation was the AS65 Consul, a type which flew in 1946 and was a direct development of the Airspeed Oxford, dating from the 1930's.
The company produced 162 aircraft which saw service with smaller airlines around the world and with a number entering military service with both the RAF and Israeli Air Force. Airspeed Limited was fully merged into the De Havilland Aeroplane Company in June 1951 and thus the name disappeared from aviation production.