Client Conversation
Insights Features Client Conversation: Digitising the daily business of Defence
Rear Admiral Nick Washer’s job is not for the faint of heart but it’s one where he can shape UK Defence, day in, day out. He tells Mivy James about directing operations at Defence Digital 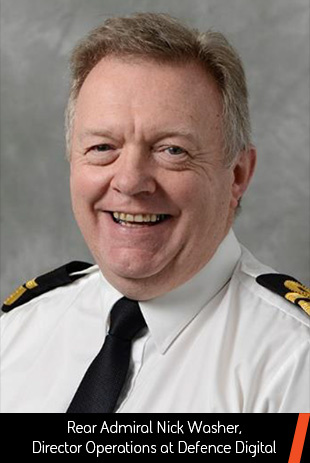 If you think your job is stressful, try Nick Washer’s on for size.
As director of operations at UK Defence organisation, Defence Digital, the Rear Admiral is responsible for the live services of Defence’s digital and information technology to more than 280,000 end users across the military and business frontline – a 24/7 task where failure is not an option. Talk about high stakes.
Washer, though, is loving life at the epicentre of the UK’s defence apparatus.
“I pinch myself on a daily basis,” he says. “I’m really lucky in terms of working in an organisation, Defence Digital, which is whole force. We have military, civil servants, contractors, industry partners but we all bring something different to the party. And our ability to improve the outcomes to the end user is about utilising that whole force approach.” 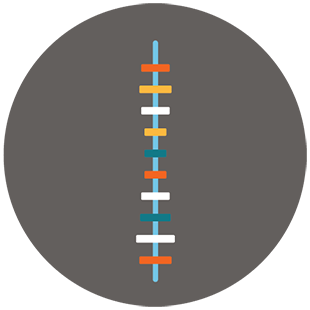 “We’re moving away from a network centric way of working to a data centric way of working in the longer term. This means our services are not going to be network services, they’re going to be data services that allow us to consume the analytics of what the data is offering us and the access to the data will be via a personal identification. We’re not there yet – but that’s where we want to get to. And I know that was nowhere near a nutshell!” 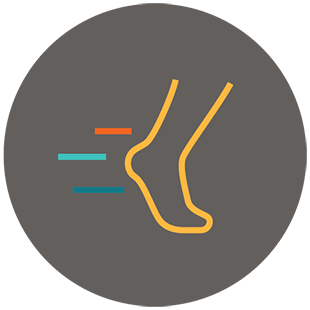 “The bottom line is that there is just one shared reputation for us all to deliver IT services and networks for operational consumption to an end user community. We are all judged on our last video conference or telephone call – and this reputation is across the board. So there is definitely a shared equity of success in our line of work.” 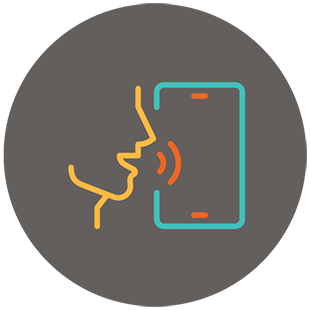 Looming large in Washer’s in-tray this year is a project is the radical overhaul of Defence Digital’s service desk model for its 280,000 end users.
“We are going to transition out of single point of contact for our service desk and this will be the most visible thing that I do,” he says. “I need to deliver a service desk that does at least what the current one does and has the right 21st century tooling and capacity to allow us to be agile – this is how I would characterise it.”
This change won’t be a flick of the switch, however, nor a wholescale Agile approach, more an incremental delivery – which is sensible as Agile doesn’t necessarily lend itself to everything.
“It’s going to be a controlled graceful transition between the current supplier and a new supplier with different tooling and different orchestration but much more consistency,” he explains.
“We will take ownership and responsibility for a lot of our services through that and we’ll do a lot of the docking in of the Managed Service Providers into that service desk. I think, from my perspective, it feels quite coordinated. It’s not Agile but it’s not static either – it’s a nuance between the two. It’s not a 20th century model – it’s 21st – but the transition itself is not ground-breaking SecDevOps but it might be once we’ve actually got it in situ.”
Service desk reforms aside, what else is changing? What are the other priorities for Washer and his team? Again, he returns to the overarching priority of the digital backbone.
“We are in a position where the Integrated Review settlement has effectively put us in a place where we are starting to deliver its journey, which effectively will bring coherence over a heap of legacy equipment services that we find ourselves with at the moment,” he explains. “And so we are trying to move from a very broad front to a narrower frontage over time – some of the services that we use are a necessity of the business that we do and therefore there has to be some resilience on some fairly old equipment.”
He goes on to say that a key priority will be juggling between easing out – while still using – the older technology, rationalising IT services to make them more efficient and deploying the newer, state of the art kit which is coming down the digital pipeline. “We can’t afford to not have a means of communication, even if our primary means of high resolution and high data and high bandwidth is not available to us.
“So we have to ensure that we have a raft of options. But my delivery colleagues are about offering better, faster and more efficient solutions. Part of that is transitioning from a mindset of networks to a mindset of data. And my organisation will shift from being network centric to being data centric – the emphasis will be on the movement of the data and how we consume and secure it, and move it up and down the stack.” 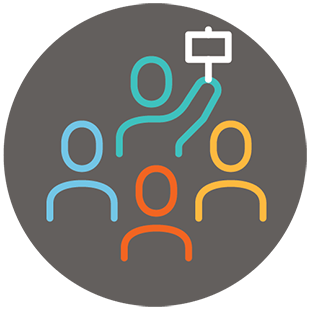 And from where did he learn about how to treat and lead people? It wasn’t from a life coach or leadership pundit, nor the pages of a textbook or manual from academia, but someone far closer to home.
“My Grandmother was a management guru without even realising,” he reveals. “What she taught me as a kid is exactly how I’ve done my business all these years. You treat people as you’d want to be treated – it sounds like a hackneyed phrase but you have to live your values; if you’re approachable you’ll get much more out of people if you’re real and authentic. Actions speak louder than words.”
They do indeed – and it will be fascinating to see how Washer’s current and future actions will shape and influence UK Defence. His will no doubt be an indelible mark for years to come.
About the author
Mivy James is Digital Transformation Director at BAE Systems Applied Intelligence
mivy.james@baesystems.com