Client Conversations
Insights Features Client Conversation: Covering all bases
The British Army is poised for a dramatic transformation in its estate and infrastructure. Major General David Southall explains why the future is green 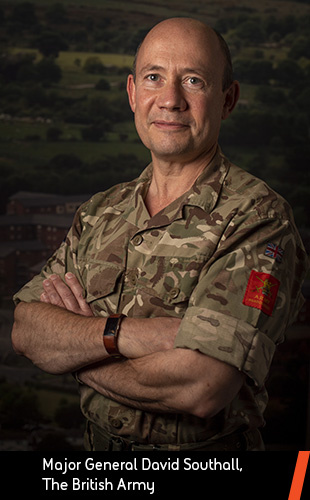 Some 40-odd minutes into our chat and finally Major General David Southall was stumped.
His answers had previously flowed smoothly and easily, with nary a hesitation or pause. Eloquence personified, he moved effortlessly from subject to subject, demonstrating not only a mastery of his brief but also an uncanny ability to “talk human” – a skill that by no means everyone masters.
So what was the question which finally gave him pause? Well, somewhat surprisingly, it related to the USP of a potential career in the military. You’d think that his three decades of eclectic and high-achieving experiences across the British army would offer up ample options with which to frame his answer, but maybe that sheer variety was the root cause of his momentary hesitation.
Should he talk about postings such as Northern Ireland or Bosnia? Or perhaps reference his time overseeing bomb disposal efforts in Afghanistan? Then there’s roles at NATO or commanding the Royal School of Military Engineering Group – the army’s largest Public Private Partnership. All of which are just a few examples from a career steeped in variety and action, responsibility and autonomy.
And now he has found himself as a member of the Army Board, and also serving as the Director of Basing and Infrastructure, giving him responsibility for the army’s UK and overseas estate, an asset worth about £14 billion, and made up of over 20,000 buildings and several hundred Garrison and major station establishments. It’s a role which offers a huge opportunity to not only bring the army’s infrastructure up to date, but also to spearhead efforts towards making real progress in achieving climate change and sustainability goals.
“The majority of the army’s climate change challenge lies in its estate – two thirds of its emissions come from its estate whereas one third are equipment-based,” he explains. “The opposite would be the case in the Royal Navy or the Royal Air Force. I therefore act as the army board climate change and sustainability champion driving the policy, strategy which will shape our trajectory to be carbon neutral by 2050.”
A laudable aim, no doubt, but how is he actually going to turn ambition into reality? 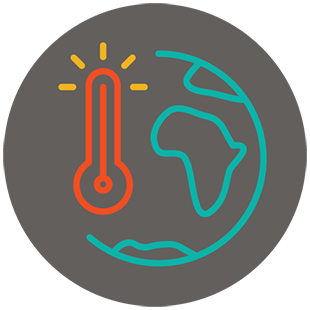 ,
But it’s not just about pounds and pence – it’s also about the bigger picture. “Secondly, it’s about the policies,” he adds. “There is a clear government mandate to be net zero by 2050. The army estate contributes half a million tonnes of emissions a year and thus tackling it is non-discretionary for us all. And thirdly, it’s the morally right thing to do; the right thing for our servicemen and women and the right thing for the society we serve.”

‘The tyranny of the urgent versus the important’ 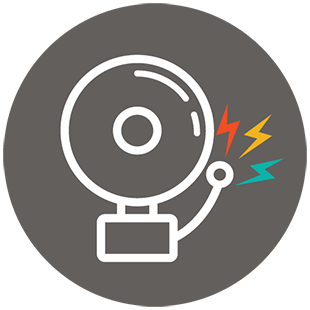 Now this all sounds good and persuasive. And certainly, the Major General presents his case forcefully. But it also seems important to note that this pivot to all things green surely represents something of a paradox. How can the military balance environmental ambition with its incredible responsibilities to protect the nation and its citizens?
Southall admits that some may see it that way but alludes to other factors also at play.
“We must also view the climate change and sustainability challenge in the context of operational effectiveness and resilience,” he says. “For example, the use of electrical or hybrid drives on military vehicles offers potentially significant battlefield advantages; improved power distribution, reduce noise signatures, enhanced resilience and critically, a reduction in fuel to sustain vehicles in the field.”

How we approach the challenge is also key and here Southall reflects on what he describes as “the tyranny of the urgent versus the important”. What does he mean exactly?
“Where we often find difficulty in gaining traction is when the tyranny of short-term tasks trumps the really important long-term transformation; this can sometimes knock an organisation off axis in terms of a strategic direction of travel,” he explains.
“What we should be doing is focusing over the horizon to ensure we are on the right axis to reach our end state. Reassuringly, this approach lies at the very heart of the Army’s Integrated Review strategy, resetting the Army for the challenges of the future, not the past. For the staff, it’s achieving the right balance between the tyranny of the urgent versus the important, and it’s a vexing and very real challenge for all.”
“What does happen is a risk of task erosion when translating policy into resourced delivery – if we can’t afford everything what should be our priority? This is where the really difficult painful trades and potentially less attractive outcomes can emerge – not because of any intellectual resistance but due to the tough realities of running the business and delivering against the bottom line”

,
This means that it’s all the more important for senior leaders, such as himself, to set a robust direction of travel, ensuring that long-term objectives are clear, unambiguous, resourced and deliverable by the staff.
“Intellectually, it is indefensible to not buy in to the imperative and importance of tackling climate change,” he adds. “But what does happen is a risk of task erosion when translating policy into resourced delivery – if we can’t afford everything what should be our priority? This is where the really difficult painful trades and potentially less attractive outcomes can emerge – not because of any intellectual resistance but due to the tough realities of running the business and delivering against the bottom line.” 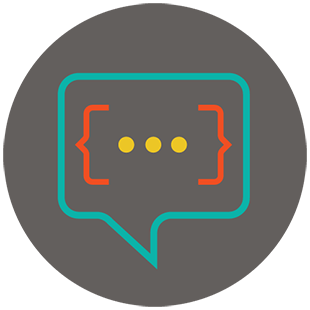 As befits an institution poised to benefit from substantial fresh investment in its technology, Southall is also quick to point to digital advances as part of the solution to this conundrum.
“The importance of data underpins everything we do – data gives us the cost of our estate, and an understanding of where and when the best time is to undertake lifecycle replacement,” he points out. “We are working very hard to harvest the right level of data-underpinned management information to allow us to make the very best strategic estate investment decisions.”
But one example are estate ‘smart meters’, which offer the potential to unlock vast treasure troves of data previously untapped – particularly pertinent when the army’s utility bills total tens of millions of pounds a year.
“Our most modern estate has an acceptable level of sensoring and metering; this means we know what our energy usage is, the cost of utilities and the performance of our estate,” he says. “On our oldest conditioned estate, we may be limited by a single industrial meter covering a barracks footprint; this results in a lack of fidelity in individual building energy usage, limiting efficiency and constraining targeted life cycle replacement. The technology solutions are available – it’s not high-risk transformational tech either.”
Something that is more potentially transformative, however, is the army’s decision to invest in four pilot solar farms, the first of which opens for business this coming July. “All are being built on our estate and we have plans to scale to 60 to 70 sites over the next couple of years,” he explains. “Our approach is to think big, start small and scale fast, enabled by our large estate footprint; as we occupy c.2% of the UK land mass, we are not exactly short of real estate. Critically, the solar farms not only deliver a more sustainable and resilient Army estate, but the up-front investment pays for itself with energy income generation in a c.10 year timeline.”
And then there’s a raft of other initiatives, such as the construction of the army’s first net zero single living accommodation block at its site in Bovington, Dorset, later this year. “Here, we are using defence innovation funding to showcase technologies such as ground source heat pumps, thermal energy, wind energy – all of the tech you’d expect to see in a leading edge demonstration of what we seek to achieve across the wider Army estate of the future” explains Southall.

A fast mover, not a first mover 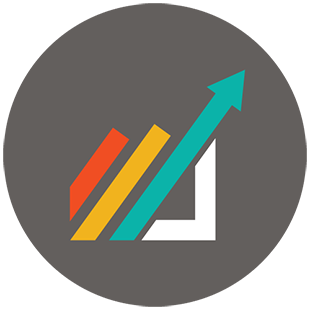 The talk then turns to innovation. Interestingly, the Major General says that while the Bovington example is a great example of innovative technologies in practice, it’s not necessarily the army’s role to lead on all thing’s innovation beyond core Defence outputs. Whilst the significance and transformative potential is clear, the key to success is to harness and exploit strategic partnership opportunities with industry to unlock innovation opportunity in the wider climate change sector.
“I would wish us to be a technology fast-follower in the sustainability arena,” he explains. “Whilst we may not be able to afford to drive the leading edge of investment in climate change technology in quite the same way we strive to lead investment in Defence technology, we must nevertheless position ourselves to seize the opportunity offered as a fast follower; this means working to maximise and exploit the opportunities offered by industry in harnessing climate change technology.”
Pointing out that whilst the Ministry of Defence’s budget may not be targeted on climate change R&D, he adds that the army is exceptionally well placed to showcase best practice of new technology at scale across government departments. “We need to play our part in strategic partnerships as part of a wider UK plc effort, energising and enabling industry to deliver the innovation,” he says. “It’s industry which has the agility and expertise to deliver the much-needed R&D into sustainability arenas, from carbon neutral fuel for tanks, jets or aircraft carriers to energy efficiency innovation on our existing built estate.”
The army, though, can and will help shape the demand for these new innovations and it is here where Southall is keen to play up the strategic partnerships with the private sector.
“These are absolutely the arenas where we need to engage proactively and dynamically in order to unlock those mutual benefits,” he says. “I’m proud that we’re not trying to solve the climate change problem by ourselves but instead, seeking to play our part in a much wider partnership, open and engaged with industry to exploit future opportunities, harnessing at pace to translate into hard delivery benefits.” 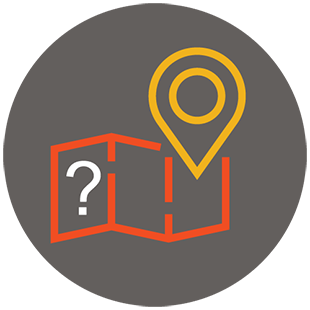 Southall will shortly start his final year as Director of Basing and Infrastructure. With dialogue about to start regarding his next move it’s here where we encountered that first momentary gap in conversation when our talk turned to the army’s USP.
“A career in the services provides a heady and potentially unique blend of excitement and reward,” was his definition. “I believe the frisson of delivering on operational deployments has offered me near unparalleled reward compared to other careers paths; the buzz and adrenalin rush of operations has always been an intoxicating part of the Army ‘offer’.
“However, I have also been hugely fortunate to have had the opportunity to lead and command teams which have delivered a physical long-term effect. As a military engineer, perhaps the biggest reward has come from those tasks yielding a permanent effect; from building an airstrip on the Tanzanian border to a road bridge in Kenya and UN healthcare worker houses in Zimbabwe. To be part of such team efforts has been uniquely rewarding and I would suggest few other careers offer the autonomy, responsibility and authority to deliver that sort of effect.”
It’s a good answer, one that captures the essence of military life and the purpose of the army itself in many ways. Whatever he does next, the Major General will no doubt use this ethos, and his enduring love for the military – its role, his brothers and sisters in uniform, its ability to be a force for good – to fuel the journey ahead.
About the author
Mivy James is Digital Transformation Director at BAE Systems Applied Intelligence
mivy.james@baesystems.com