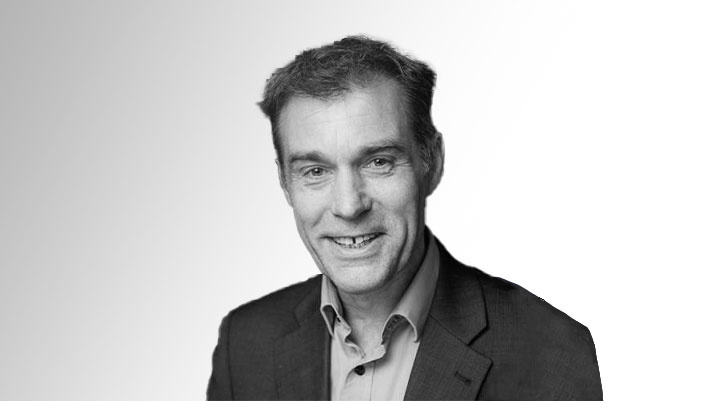 Director, Digital Defence Services
"Our dedication to providing customers with information advantage solutions stems from our unique combination of world-class expertise, along with our passion for the mission.”
Angus is Director, Digital Defence Services at Digital Intelligence and has worked for BAE Systems for 33 years. He previously held the Director Defence and Space post for BAE Systems Applied Intelligence.
After graduating from Warwick University with a degree in Design Engineering, Angus joined Babcock Power. A year later he moved to the then British Aerospace at Kingston/Dunsfold in Surrey working on the iconic Harrier. Angus led the £600M GR9 major upgrade programme - a complex systems and software programme which delivered yearly Capability Drops and Urgent Operational Requirements (UORs), as well as the Harrier Platform Availability Contract (HPAC) which supported the Harriers during their deployment in Afghanistan. He is proud of forming a strong and enduring relationship with MoD, RAF and Royal Navy.
Angus went on to be Networks Director, leading a large portfolio of Defence Information contracts, ranging from the £360M Falcon contract, to mid-range contracts including Submarine Broadcast System, Cross Domain Information Service, TfL Rail Timetable System, and Merlin Helicopter software, to multiple £1m contracts, and was Project Management Authority (PMA) and Diversity and Inclusivity lead for Defence Information.
In 2013 he became the UCAS Programme Director leading the development of the Future Combat Air Systems (FCAS) Strategy including our response to UK SDSR 2015 & the Anglo French collaboration, examining the future shape of Combat air engineering capabilities across the two nations.
Over the last six years Angus has held Delivery Director and Engineering Director Roles at BAE Systems.
Angus is married with two children, the eldest of which has classic Autism. He is proud to have run the London Marathon in support of the National Autistic Society, and also raise awareness of Autism and the profound effect it has on families.