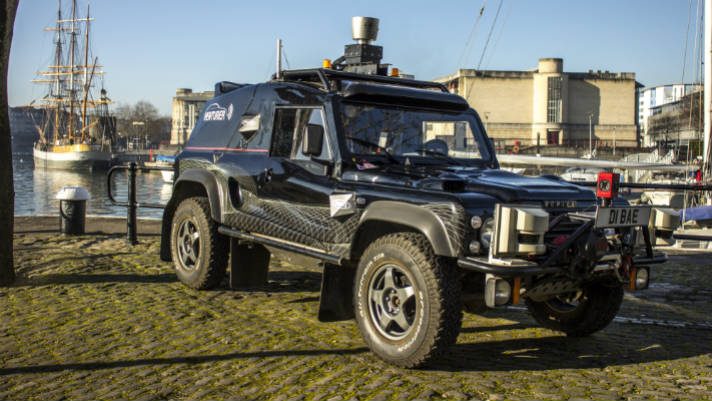 The UK Government have given the green light for testing driverless cars in the UK and the BAE Systems autonomous vehicle known as Wildcat, will be used in a trial in the Southwest of England.
The Wildcat is the result of years of advanced research by BAE Systems engineers who were able to take a commercially available 4x4 vehicle and equip it with the ability to drive and think for itself. The Wildcat can follow planned routes at speeds of up to 40 mph and also sense and avoid obstacles in its path - all without the need of a driver. It was originally developed around 10 years ago as part of a Company research programme to develop autonomous technologies and capability.
BAE Systems are working as part of a Southwest based consortium called VENTURER, to explore the feasibility of driverless cars in the UK by trialling autonomous vehicles in the Bristol and South Gloucestershire.

One of the key objectives of the project will be to understand the public’s acceptance of driverless cars. The trial will investigate the legal and insurance aspects of driverless cars and explore how the public react to such vehicles. The hope is that testing driverless cars in a real-world environment will lead to greater levels of understanding of these vehicles and how they will fit into everyday life.
This programme will help keep the UK at the forefront of this transformational technology, helping to deepen our understanding of the impact on road users and wider society and open up new opportunities for our economy and society.
Contact