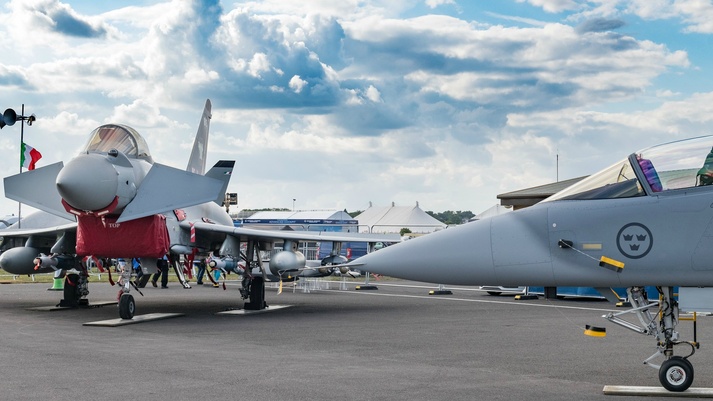 Defence Secretary Penny Mordaunt and her Swedish counterpart Peter Hultqvist have signed a landmark agreement to partner on future combat air.
The Memorandum of Understanding (MOU) commits both governments to work on a joint combat air development and acquisition programme, including the development of new concepts to meet both nations’ future requirements.
At the MOU signing with her Swedish counterpart yesterday, the Defence Secretary said:
“The UK and Sweden have an enduring defence relationship, with our two industries sharing a rich history of collaboration in air power.
“Not only do we share the same commitment to tolerance, freedom and free trade, we also share the same determination to defend those values, including in Afghanistan, Iraq and today as part of the UK’s Joint Expeditionary Force.
“This agreement further deepens this partnership and sees us look to the future with a bold and shared vision of UK and Swedish air power.”
Announcing the signature of the Memorandum of Understanding (MOU) at the Royal International Air Tattoo, the Minister of Defence Procurement, Stuart Andrew, said:
“I’m delighted that we have signed this Memorandum of Understanding, endorsing a shared and ambitious vision for future combat air systems which lays firm foundations for future collaboration.
“Today we usher in an exciting new era in which the talents of two great combat air nations will be combined to lift Swedish and British airpower into the stratosphere.”
The Defence Minister outlined the UK and Sweden’s long partnership on defence, including:
The Swedish Minister of Defence, Peter Hultqvist, confirmed both governments intend to remain at the forefront of combat air.
He stressed the opportunities to put advanced technologies onto Gripen and Typhoon, the world class combat aircraft currently operated by Sweden and the UK respectively, before inserting these technologies onto a future combat air system.
Peter Hultqvist also highlighted the strong industrial base shared by both countries as central to securing future Combat Air power, as well as the existing Gripen fighter systems.
He added that the significant progress made to date was a result of focussing the discussions on practical considerations, recognising the strengths of each party and treating each other as equal partners.
Discussions between industries and governments had been ongoing since the publication of the UK’s Combat Air Strategy in July 2018, with common ground identified based on similar future Combat Air requirements, including being optimised for air defence.
Defence Minister Andrew confirmed that other nations were encouraged to join the UK/Swedish dialogue, on the condition that they had similar requirements.
Michael Christie, Director of Future Combat Air Systems - BAE Systems said:
"12 months ago, industry and Government launched a bold and exciting vision for the future for the UK Combat Air sector on the BAE Systems stand at the Farnborough International Air Show. This was a vision that was encapsulated by the launch of the UK’s combat air strategy and the unveiling of our Tempest concept, a glimpse into the future of combat air.

“It also marked the launch of the Ministry of Defence’s combat air acquisition programme – a programme tasked with defining and delivering the future capabilities required when Typhoon begins to leave Royal Air Force service. The importance of international government and industry collaboration was made clear and, as such, today is a significant milestone for that programme as we welcome our first international partner. This spirit of cooperation was encapsulated in the Memorandum of Understanding signed by all industry partners at the start of our deepening dialogue many months ago.

“I’ve been very proud of the way that my organisation and UK industry has supported the Ministry of Defence in this national endeavour. I’m even prouder to say, this is now an international endeavour.”
The Air Force Chiefs of both nations addressed the audience at the event, as well as industry. UK industry was represented by BAE Systems, whilst Swedish industry was represented by Saab. 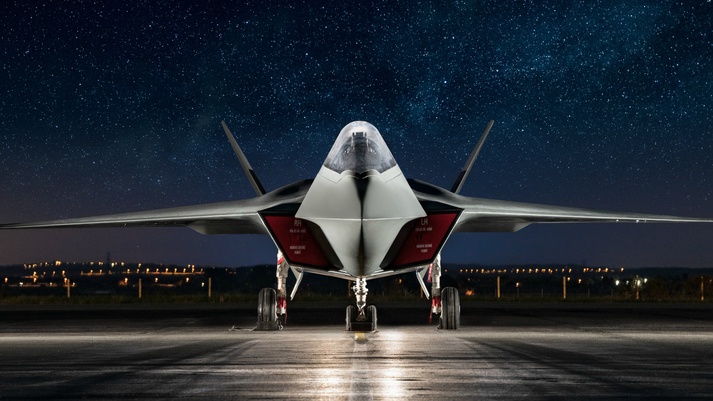 Tempest and the Future of Combat Air