Typhoon Tranche 3 takes to the skies 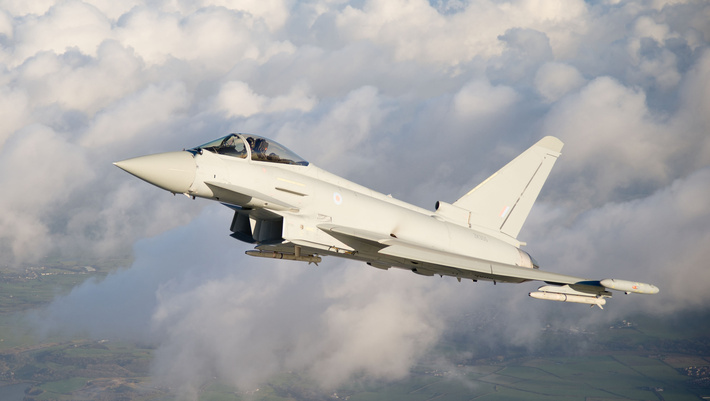 The latest Typhoon, known as a Tranche 3, represents a major stepping stone in the evolution of one of the world’s leading combat aircraft.

Under the skin changes

The Tranche 3 standard embodies a number of under the skin changes that effectively future proof the aircraft and make it more attractive to current and potential export customers.

Taken together there have been 100s of modifications, changes and additions which effectively means Typhoon has now taken a massive step forward.

Mark Kane, BAE Systems Managing Director - Combat Air said: “For casual observers the aircraft is little changed from its sleek predecessor but it has a number of provisions that will allow it to take on additional capability in the future. One of the few visual clues is a number of small panels on the fuselage which are there to accommodate the fitting of conformal fuel tanks.

“Once fitted, these would give the aircraft greater range and free up positions under the aircraft for larger or additional weapons.

“At the nose a new internal structure has been built and work has been carried out on power, cooling and electronics so that a new E-Scan radar could easily be accommodated.”

Production of the first Tranche 3

The first Tranche 3 has been produced for the RAF by the Eurofighter consortium and assembled by us. British Single Seat aircraft no.116 took to the skies for the first time with pilot Nat Makepeace in the cockpit.

Mark added: “While these test flights will help to demonstrate the effectiveness of the airframe there are a number of other ongoing test programmes that will add to Typhoon’s capability”.

In November the first in a major series of flight tests to integrate the MBDA Storm Shadow missile onto the aircraft took place. Earlier this year Eurofighter Typhoon announced a contract to develop the integration of the Meteor weapon system.

During the same period another development aircraft has been modified to take an E-Scan radar and is currently being prepared, at Warton, ahead of its first flight.

Under the Tranche 3A contract signed in 2009, a total of 112 aircraft have been ordered for the four European partner nations of Germany, Italy, Spain and the UK, with 40 aircraft bound for the Royal Air Force.