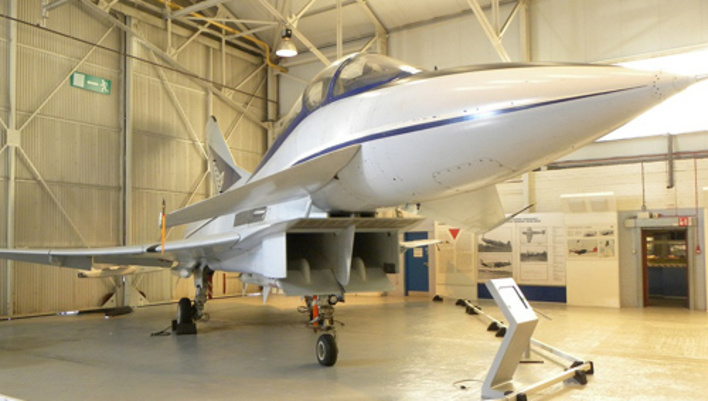 The Experimental Aircraft Programme (EAP) technology demonstrator airframe, built by us in the 1980s, has been donated by the company to the RAF Museum in Cosford, Shropshire.

It remains the most advanced fighter design ever built solely by a UK manufacturer.

Military Air and Information managing director Chris Boardman said: "The EAP was fundamental in developing many of the ground breaking design characteristics and capabilities that we now see in today's Eurofighter Typhoon.

“It is only fitting that it should now reside alongside other historic aircraft including Tornado P.02, the Jaguar ACT Demonstrator and TSR2 that have all helped keep Britain at the forefront of military aviation."

Curator Nick Sturgess said the museum was “thrilled” to add the EAP among its collection of research and development aircraft.

He added: “Only one EAP was ever built and its importance in aviation cannot be understated.

“During its flying career as a proof of concept demonstrator it contributed much to computer controls, advanced aerodynamics and new methods of construction.”

The EAP was rolled out at British Aerospace at Warton in April 1986 and did its first flight in August  when test pilot Dave Eagles, the company’s then executive director of flight operations, took it to Mach 1.1, faster than the speed of sound.

Following its final flight at Warton in May 1991, the airframe was stored at the site having made 259 test sorties, totalling 195.21 flying hours, during which it had reached speeds in excess of Mach 2.0 and angles of attack of over 35 degrees in controlled flight.

In June 1996, it was taken to Loughborough University, Leicestershire, where it was used by undergraduate students to carry out design appreciation exercises, before making the move to Cosford in March 2012.

It went on display at there this month, for further details visit www.rafmuseum.org.uk/cosford