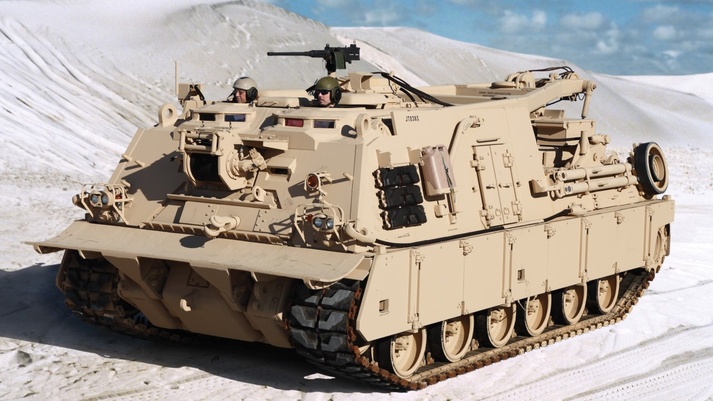 HERCULES is the recovery system of choice for today’s 70-ton combat vehicles, cutting in half the number of recovery vehicles and personnel required to perform recovery missions in support of modern tank forces.

“BAE Systems is answering the need for a cost-effective, self-supporting, heavy recovery performance vehicle,” said Mark Signorelli, vice president and general manager of Vehicle Systems at BAE Systems. “HERCULES will provide the Iraqi military with a recovery vehicle that has been tested and proven to tow and hoist today’s heaviest combat vehicles.”

Key features of the M88A2 HERCULES include: improved power-assisted braking to enable the recovery vehicle to tow an M1A1 tank, increased horsepower, an improved electrical system, a modernized hydraulic system and a boom that enables the vehicle to lift an M1A1 turret. HERCULES has the lowest acquisition, operational and maintenance cost of any 70-ton capable recovery system. The M88A2 also provides unparalleled capability for recovering today’s heavy combat vehicles including the M1A1, M1A2, Leopard MBT, bridging systems and other medium to heavy weight vehicles.

The upgrade work will be performed by the existing workforce at BAE Systems operations in York, Pennsylvania and Aiken, South Carolina. The York facility will fabricate the new hulls for the M88A2 configuration and the Aiken facility will manufacture some of the parts for vehicles.  Work is expected to begin in late 2013 and is anticipated to be complete in mid-2014.