Community Investment Partners
We are proud to partner with proven organizations to better the communities in which we live and work. 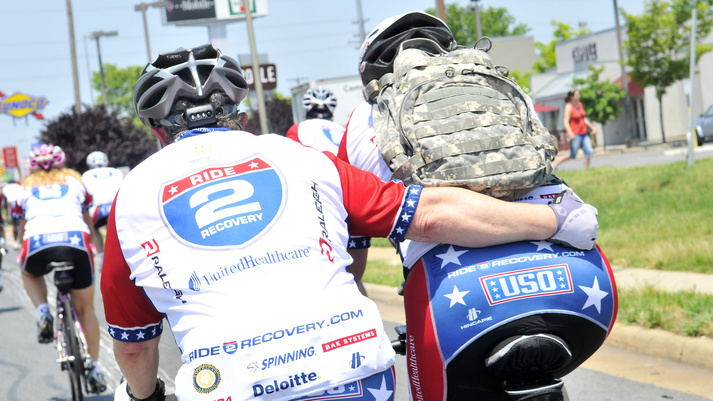 The Mission Continues (Inc)
BAE Systems is a supporter of The Mission Continues (TMC), a nationwide program empowering veterans facing the challenge of adjusting to life at home to find new missions. BAE Systems has invested in the Fellowship Program and is the Lead Sponsor for three Service Platoons—in Boston/Lowell, San Diego and launching a new Service Platoon in Washington, D.C., helping the organization expand from 30 Service Platoons in 2014 to 70+nationally in 2015 and increase TMC’s impact in various communities.

Building Homes for Heroes
BAE Systems supports the men and women who have loyally and courageously served our country by partnering with Building Homes for Heroes®, an organization strongly committed to rebuilding lives and supporting the brave men and women who were injured while serving the country during the time of the wars in Iraq or Afghanistan.  The organization builds or modifies homes, and gifts them, mortgage-free, to veterans and their families.

Blue Star Families
BAE Systems is partnering with Blue Star Families, and organization that was formed in April 2009 by a group of military spouses to create a platform where military family members can join with civilian communities and leaders to address the challenges of military life. Blue Star Families includes active duty, National Guard, Reserve, wounded, transitioning service members and their families from all ranks and services, as well as veterans and civilians who strongly support us.

National Math & Science Initiative (NMSI)
The BAE Systems Initiative for Military Families is a coalition between BAE Systems and NMSI that was formed in 2011. The program focuses on improving STEM education in U.S. public schools and aims at high schools serving military families. To date, BAE Systems has contributed more than $2.7M in funding to the organization.

American Association of University Women (AAUW)
With BAE Systems' support, the American Association of University Women (AAUW) will bring its highly successful AAUW National Tech Savvy Program (Tech Savvy) to an estimated 150 middle school girls and 75 of their parents/guardians of Northern Virginia. Through this program, which takes place in the metropolitan DC region, AAUW and BAE Systems will ignite STEM curiosity and passion in girls and share with parents their daughters' potential in a STEM career path.

FIRST
BAE Systems has maintained a long standing relationship with FIRST to inspire young people to be science and technology leaders and engaging them in exciting mentor-based programs that build science, engineering and technology skills, inspire innovation, and foster well-rounded life capabilities including self-confidence, communication, and leadership. BAE Systems supports individual local teams as well as regional competitions and our employees are actively engaged in mentoring students.

USO-Metro
BAE Systems provides USO-Metro with financial support to enable the organization to fulfill its mission to provide programs and services for active duty troops and their families at area military hospitals, six USO Centers, four USO airport lounges and a Mobile USO. The USO of Metropolitan Washington-Baltimore is the largest center chartered by USO.