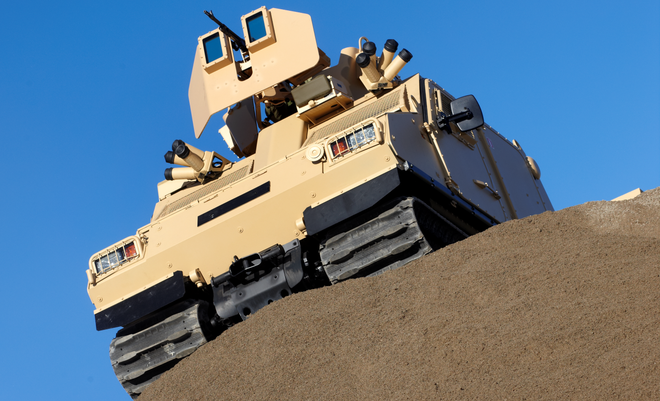 BAE Systems has been awarded a contract from the Swedish Defence Materiel Administration, FMV, to supply 48 of its go-anywhere BvS10 armored all-terrain vehicles and an extensive initial support package.

The contract follows the down-select of the BvS10 on 5 Jan and is worth £65m ($100m). It provides options for an additional 127 vehicles and an even more comprehensive sustainment package which could include in-theatre support. This would more than triple the overall value.

The BvS10 was selected for the program following a competition launched in June 2011. Contract-specific features include enhanced crew ergonomics and protection, integration of the Protector remote weapon station, radio and battlefield management systems. Smoke grenade launchers will also be fitted to give 360 degrees coverage around the vehicle.

”We made an overall assessment of the two competing vehicles’ performance, price, life support costs and also assessed the bidders’ ability to deliver in accordance with the requirements,” said Brigadier General Anders Carell, Head of FMV’s land systems procurement command. “The outcome of our assessment was very clearly in favor of BAE Systems and BvS10.”

The 48 BvS10s will be delivered in troop carrier, command vehicle, ambulance and logistic carrier variants. They will be manufactured in the newly-refurbished production facility in Örnsköldsvik with first deliveries in October 2012 and the final vehicle to be delivered in November 2013.

“The contract from FMV is further proof of the superior capabilities that the versatile BvS10 provides,” says BAE Systems Vehicles’ Managing Director Jan Söderström. “Thanks to our recently refurbished manufacturing plant, we can provide the BvS10 within a short delivery time frame and at a very competitive price. This will now provide the Swedish Armed Forces with an ideal combination of mobility and protection.”

Sweden will join the UK, the Netherlands and France in operating the BvS10. More than 10,000 of the earlier, smaller BV206 family of vehicles have been sold around the world.