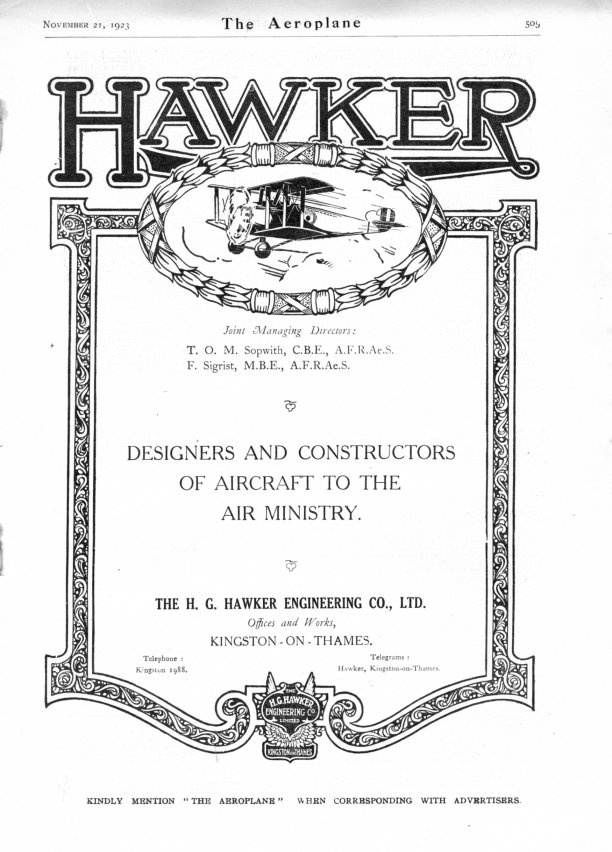 Following the bankruptcy of the Sopwith Aviation Company, former company test pilot Harry Hawker joined three other Sopwith colleagues (T.O.M Sopwith, Bill Eyre and Fred Sigrist) and purchased the assets of the old company and formed H.G. Hawker Engineering Company in 1920.
Tom Sopwith commented at the time that ‘to avoid any muddle, if we had gone on building aeroplanes and called them Sopwith’s then there was bound to be a muddle somewhere and so we called the company the H.G. Hawker Company -  I didn't mind as he (Harry Hawker) was largely responsible for our growth during the war’.
As the new owners of the rights to Sopwith aircraft designs, they immediately won the contract for reconditioning RAF Sopwith Snipes damaged in World War 1.
Hawker was both an adventurer and daredevil who loved racing cars at Brooklands (where he originally met Sopwith in 1911) and appearing at various Aerial Derby's around the country. After World War 1, he attempted to fly across the Atlantic 'in under 72 hours' but the engine on his specially built Sopwith Atlantic failed after just 14½ hours.  Luckily, he and navigator Kenneth Grieve were rescued by a passing freighter. 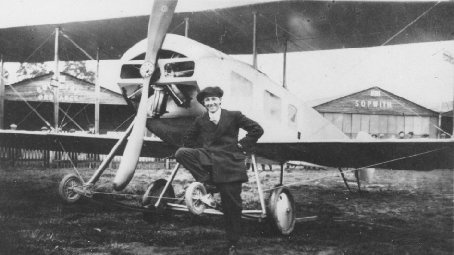 Harry Hawker
As Chief Test Pilot, Hawker had been largely responsible for the growth of Sopwith Aviation during World War I and it was a severe set back for the new 10-month old company when he was killed in a flying accident at Hendon on 12th July 1921.
The company’s first indigenous design, the Duiker, proved unsuccessful and never progressed passed the prototype stage. Undeterred, the company produced the Hawker Woodcock which, although rejected as a first prototype, received an order for 10 aircraft from the RAF for a modified and improved Mk II. Eventually, they were to order a further 52 aircraft with Hawker and the RAF entering the demonstrator aircraft the 1925 Kings Cup Air Race.
A number of successful and innovative designs followed and HG Hawker grew in both size and reputation.
One of the most outstanding designs of the inter-war years was the Sydney Camm designed Hawker Hart family of aircraft and its derivatives such as the Hawker Audax , Hawker Hind and Hawker Demon of which nearly 3,000 aircraft were produced.
In 1933, the company was renamed Hawker Aircraft Limited and just a year later it acquired The Gloster Aircraft Company.

On 18th May 1933, HG Hawker Engineering Company underwent a change of name to Hawker Aircraft Limited and they quickly took advantage of the Great Depression to acquire Gloster Aircraft Company during February 1934.
The newly formed Hawker Aircraft Limited was short-lived however and just one year later (1935) it merged with The Armstrong Siddeley Development Company Limited.  The union included aircraft manufacturer Sir W.G. Armstrong Whitworth Aircraft Ltd and the substantial AV Roe & Company. 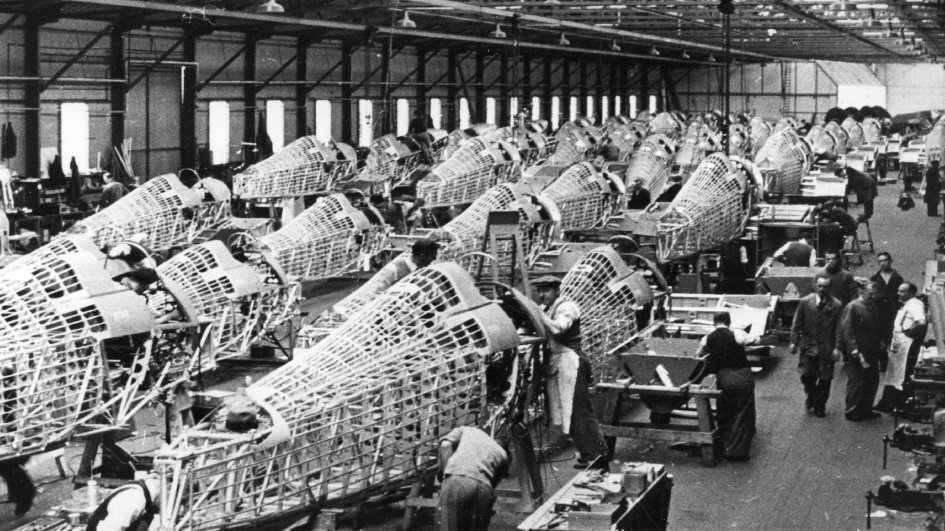 Hawker Hurricane Production at Brooklands
Despite the new company being registered as Hawker Siddeley Aircraft, after the merger the individual companies continued to trade under the trade names of Hawker Aircraft, Sir WG Armstrong Whitworth and Avro.
Under the Hawker Aircraft banner, the company produced a number of now famous aircraft, most notable of which was the Hawker Hurricane which saw such successful service during the Battle of Britain.
Over 14,500 Hurricanes were produced at Hawker works at Brooklands, Kingston and Langley, as well as Gloster Aircraft at Brockworth, and Avro facilities around the UK and Canada.