Our Company Heritage Hawker Hornet
A single-seat fighter prototype that formed an evolutionary bridge between the Hawker F.20/27 and the Hawker Fury. 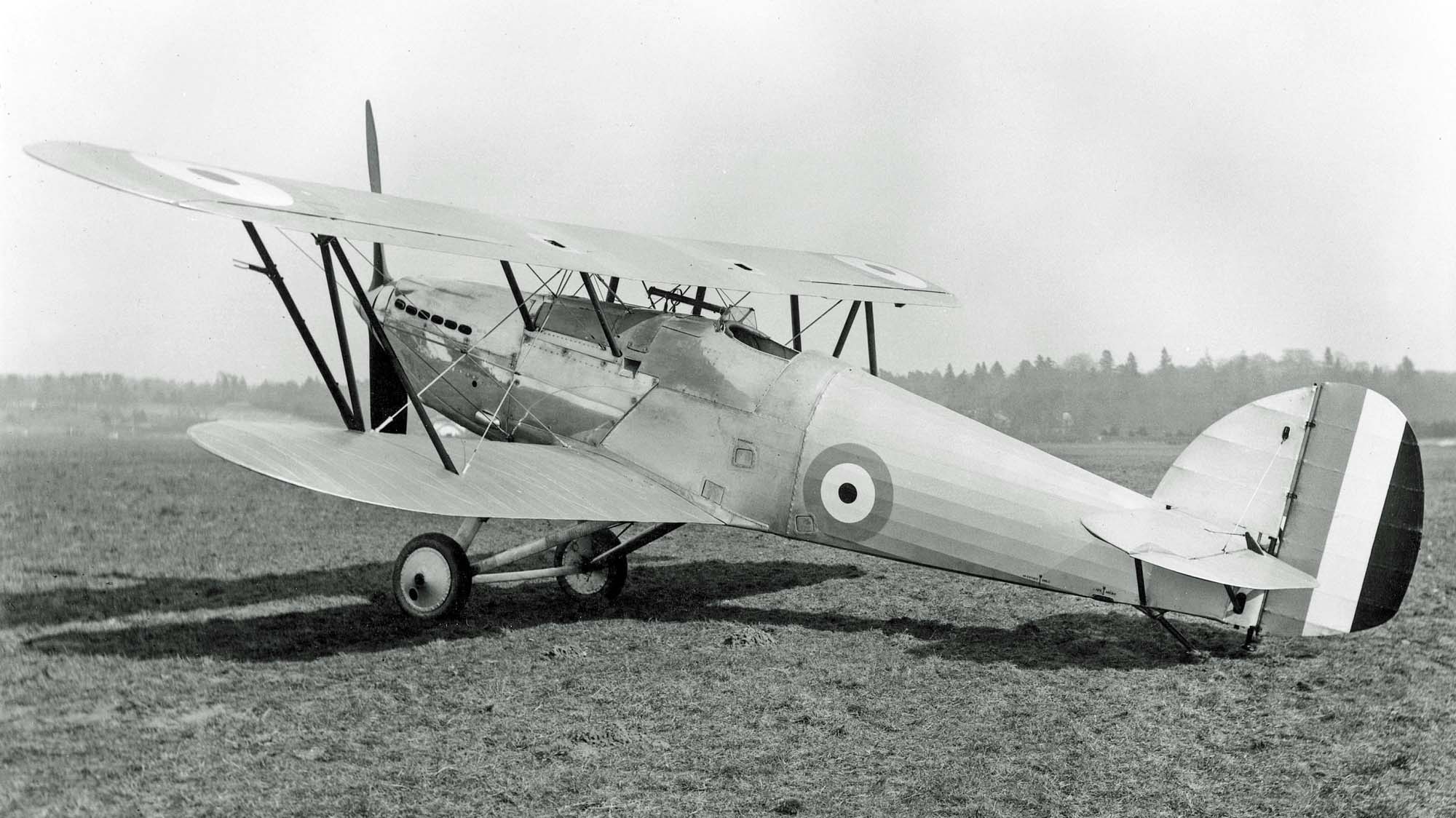 The Hawker Hornet photographed at Brooklands prior to the 1929 Olympia Aero Show.

The H.G. Hawker Hornet was a private venture prototype that was, in effect, the Hawker F.20/27 redefined around the new Rolls-Royce F.XIS liquid cooled engine. The prototype was exhibited at the 1929 Olympia Aero Show.

The aircraft was strikingly clean and elegant in performance and promised to exceed the already impressive performance of the Hawker F.20/27.

It was completed in March 1929 and was tested unregistered at Brooklands before being delivered to Martlesham Heath for trials (as J9682). 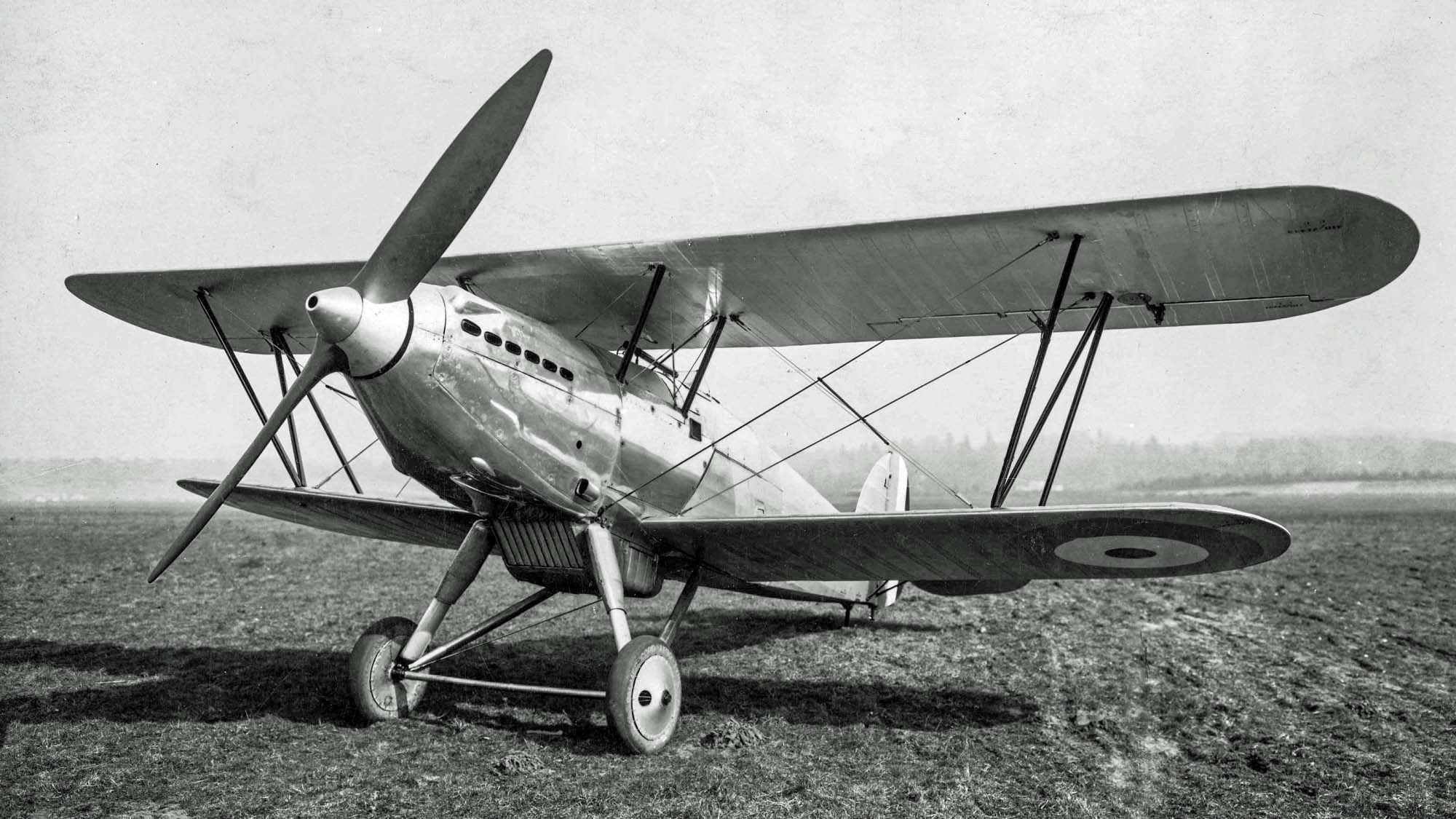 The Hawker Hornet was tested in comparative trials with the Westland Wizard and the almost equally attractive Fairey Firefly II. The Hawker Hornet was regarded as having outstanding handling qualities and sparkling performance, as well as light and robust construction.

In a further set of trials at the end of 1929, following some modification, the Hawker Hornet was nearly 100 lb heavier and its performance was reduced to a maximum speed of 205 mph at 13,000 ft.

In a close competition, the Hawker Hornet was preferred over the Fairey Firefly and 21 aircraft were ordered into production in 1930, designated as the Hawker Fury biplane, which is described separately on this website.

One aircraft (J9682) was demonstrated in the Balkans during 1931, impressing to the extent that it undoubtedly led to the selection of the Hawker Fury by Yugoslavia, that country ordering some 16 aircraft in two batches. 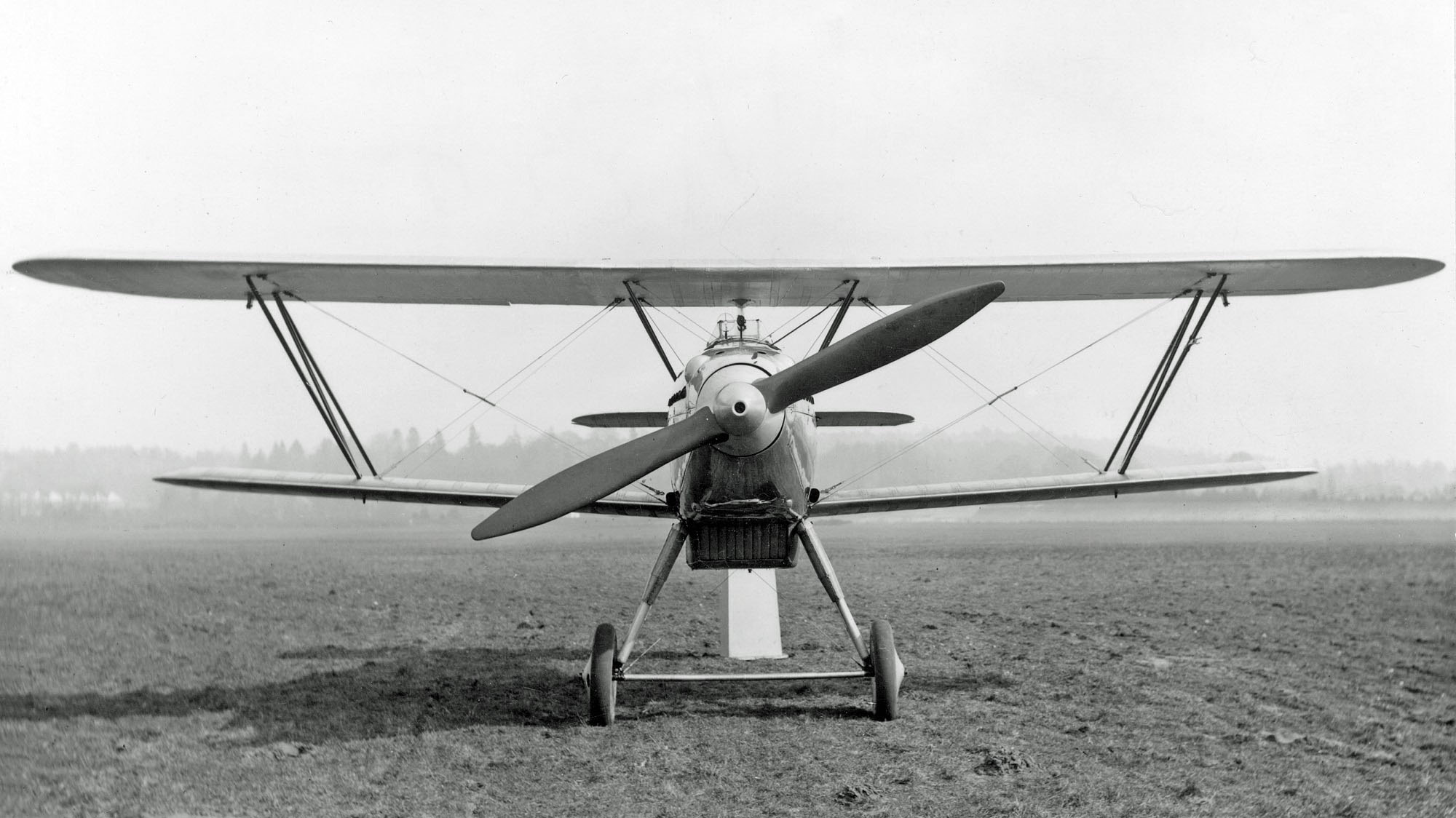 The clean lines of the Hawker Hornet were made possible by the tightly-cowled Rolls-Royce F.XIS engine.