The English Electric P5 Kingston prototype N168 on the apron at Lytham.

The Aircraft Design Team at the newly formed English Electric Company was led by William Oke Manning who set about meeting Air Ministry Specification 23/23 which called for an anti-submarine and coastal patrol aircraft.

They evolved a design based on the Phoenix P5 Cork Mk III flying boat produced by Phoenix Dynamo Company. Phoenix were one of the companies that would later amalgamate with Dick, Kerr & Co of Preston and the Coventry Ordnance Works to form The English Electric Co Ltd.

Manning and his team began initial design work in 1922, and in January 1923 an order was received from the Air Ministry for one prototype (Serial N168) later to be called The Kingston.

Traditionally, flying boat hulls had been made by boat builders and delivered bare to the appropriate aircraft works. However, for this project and for the first time, English Electric would build the hull themselves at their factory in Preston, using specially recruited boat-building staff. 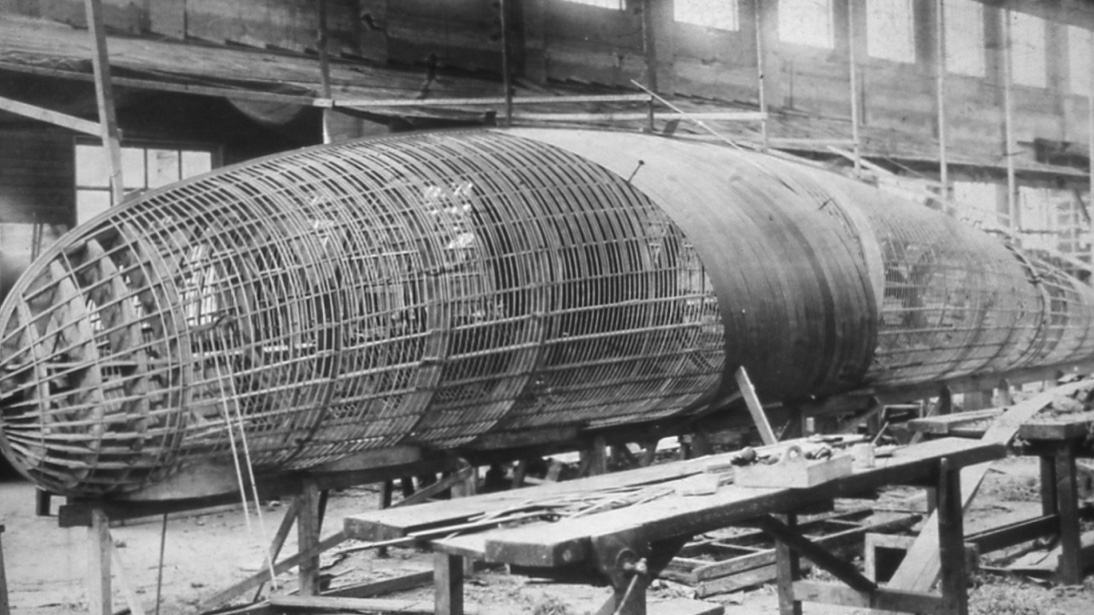 The complex Linton Hope hull of the English Electric P5 Kingston.
The hulls were to the design of Linton Chorley Hope, an accomplished and Olympic medal-winning sailor.
Hope’s designs featured hull construction whereby mahogany laths were wound around delicate spruce frames. This produced a shell on to which longitudinal laths were mounted to form the water-borne skin. The hull was then assembled with copper rivets and brass screws, avoiding the use of any adhesives. Sealant was finally applied between the skin layers as waterproofing.
The flying boat would be assembled and dis-assembled in Preston, before being moved by road and flown from Lytham, on the Ribble estuary.
The slipway and flight sheds at Lytham had not been used since the trials of the Fairey Atalanta in 1921 and they had been returned to itheir original owner. On 1st November 1923, English Electric acquired a lease for the site and began restoring it, after two years of dereliction.
The Kingston prototype (N168) was taken to Lytham for final assembly in April 1924, and on 22nd May that year it was launched into the Ribble estuary. Piloted by Major HG Brackley (who was the Air Superintendent of Imperial Airways), he was joined by a crew comprising CJ Blackburn (Observer) and WA Bannister (Engineer). 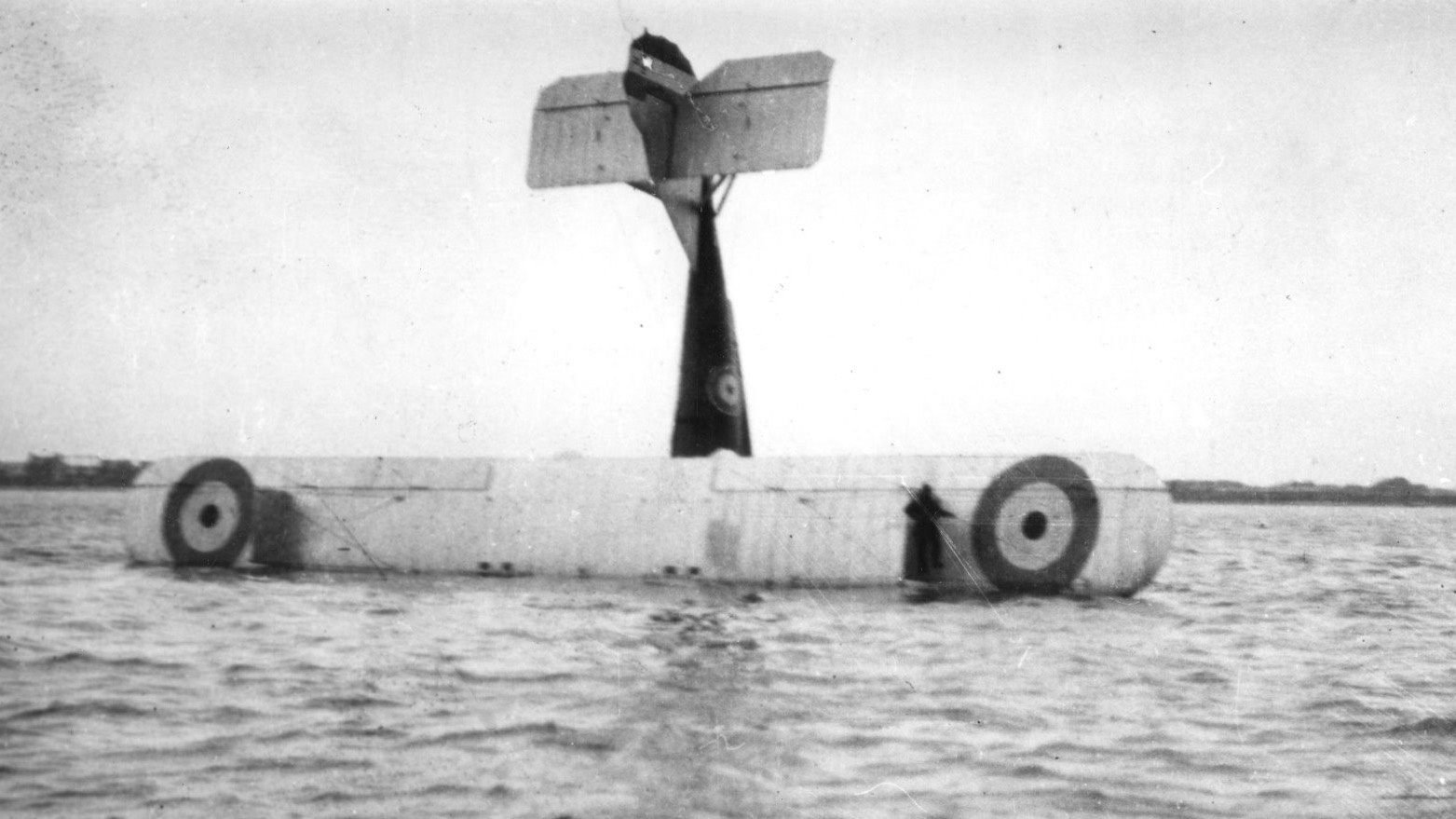 The prototype P5 Kingston following its first flight attempt, with its engineer awaiting rescue.
After 20 minutes of taxiing trials, a first attempt at flight almost resulted in its total loss of the aircraft when it struck flotsam, probably a piece of floating timber. It was holed on the hull bottom resulting in the front of the aircraft going underwater in a nose-down attitude.  It did not sink however, probably due to the bow actually grounding itself on the sand.
Major Brackley and Blackburn were both thrown into the water with Bannister being thrown backwards, inside the hull.  He somehow managed to climb out onto the wing kingpost, to which he clung for quite a while, awaiting rescue. Eventually, all were rescued by boat and a spectator later told how 'the pilot and observer were still arguing furiously' as they came ashore!
A tug secured the aircraft which was by then fully beached on the St Annes side of Lytham Pier, where it was later patched up and pumped out.
The aircraft was re-floated by the tug but unfortunately they drifted out into the strong current and struck the pier once more. The Kingston was beached for a second time before eventually being re-patched and carefully towed back onto the slipway.
Despite the accident and its inauspicious debut, further orders were received for the Kingston and 4 Mk I (N9709-9712) and 1 Mk III (N9713) were built at Lytham. They were delivered between November 1924 and 16th March 1926.
During production, numerous modifications were tried, particularly to the hulls as well as armaments and the number of propeller blades. 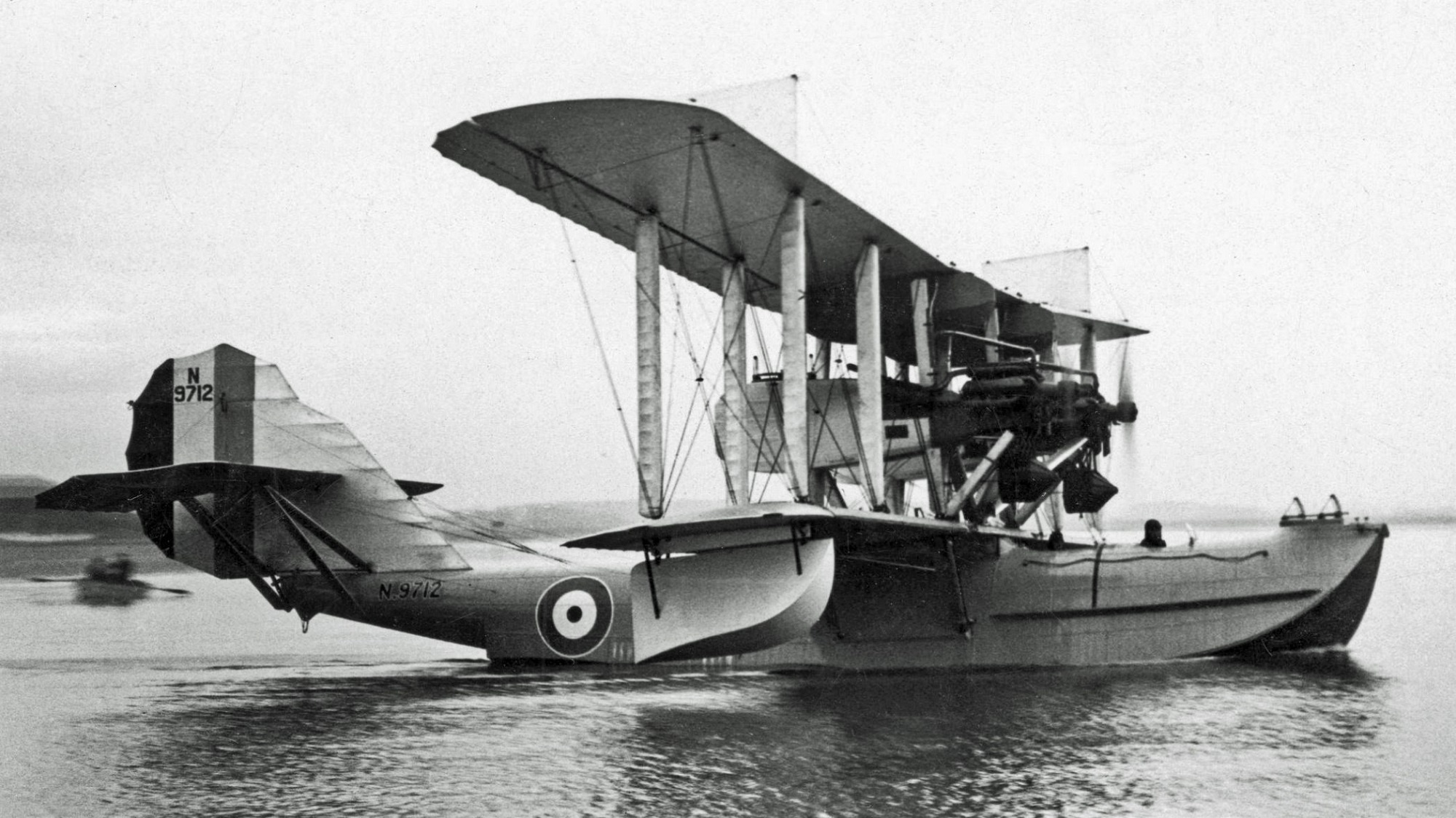 English Electric P5 Kingston Mk II N9712 after being fitted with a with metal hull.
One Kingston (N9712) was dismantled and its wooden hull sent to Royal Aircraft Establishment (RAE) at Farnborough for tests whilst a further order was also received for a Kingston Mk II, featuring a metal hull.  The hull was subsequently fitted to the wing structure of the RAE Test aircraft (N9712) and delivered on 12th December 1925, retaining its original serial number. The original wooden hull of the Kingston was not actually subjected to any structural testing at Farnborough, using the all-metal hull instead.
Whereas the Kingston Mk I met type requirements and air-handling qualities, it fell short of the service requirements for overall seaworthiness. In particular, it had a tendency to bounce on the water on both take-off and landing, as well as taking in an excessive amount of water during taxy and take-off phase.
The metal-hulled Mk II had been built in a similar way to the wooden hull, albeit in metal form and was it was criticised for being overweight, which had a highly-adverse impact on its performance. 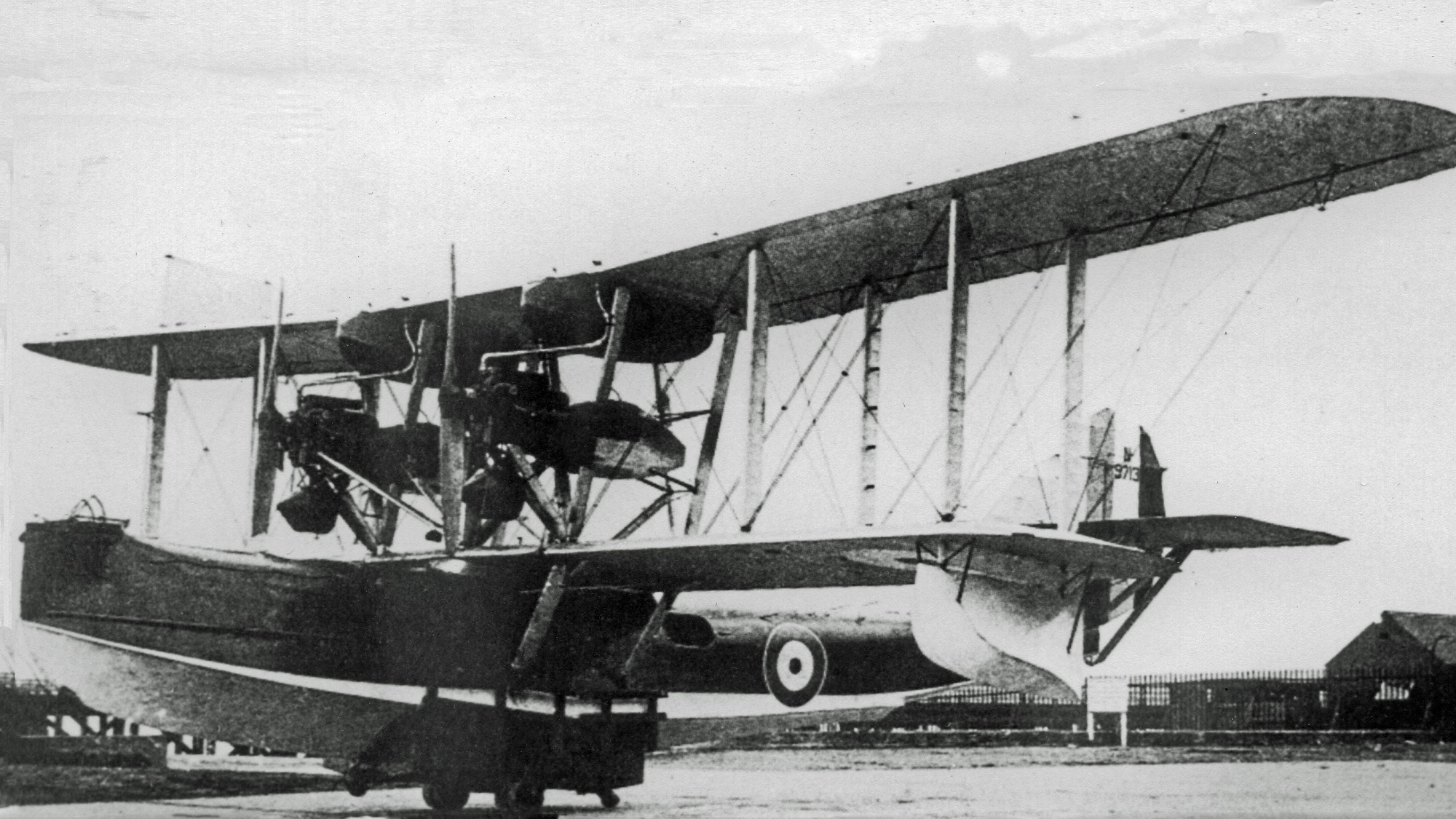 The sole example of the P5 Kingston Mk III N9713 seen on its launching trolley.

The Mk III, which featured a new design and method of construction albeit returning to a wooden hull. It proved to be the most successful of all the P5 Kingston aircraft with good performance and seaworthiness.

However, further orders did not materialise and when the last Kingston (N9713) took off for Felixstowe on 16th March 1926, whereafter the company announced the closure of the Aircraft Department.

It was 1944 before English Electric Company reformed its Aircraft Department after it was awarded some wartime sub-contract work.

None.
However, some small archive P5 Kingston pieces have been preserved by the Lytham Heritage Group as a permanent reminder of this important period in Lancashire’s military aircraft heritage.
These are from the wooden hull of N9712, originally sent to Farnborough for trials.
These arrived at Warton in 2000 by way of storage on the Basingstoke canal, use as an obstruction to enemy seaplane landings on Greatbottom Flash near Farnborough, then via Hendon, Cardington and Woodford.
Photos can be found on this website at  https://www.baesystems.com/en-uk/feature/the-flying-boats
More information