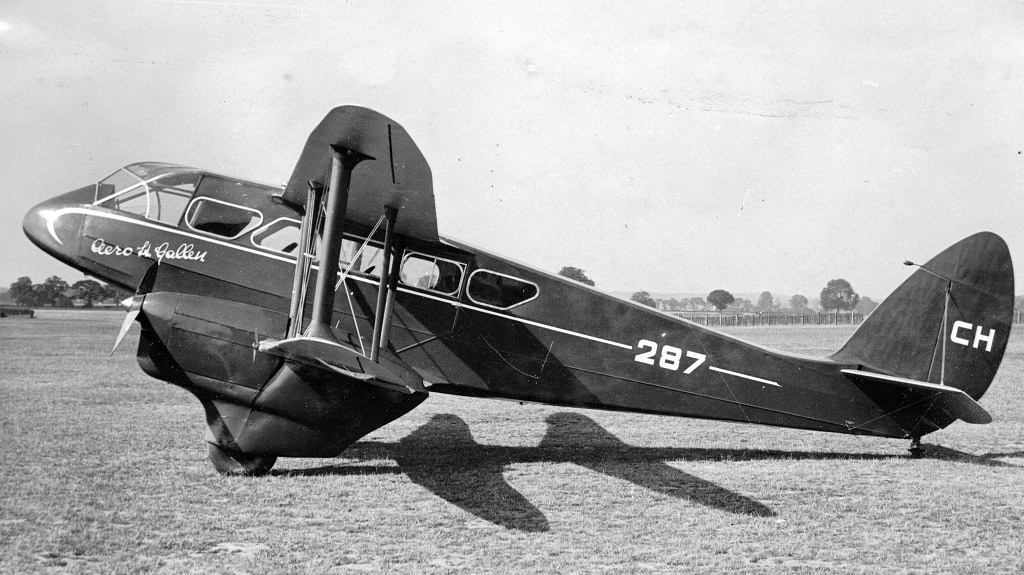 Prototype DH89 Dragon Six CH-287 at Hatfield
The prototype De Havilland Aircraft DH89 Dragon Six (E-4/CH-287) flew for the first time on 17th April 1934 and was essentially a twin engine, scaled down version of the 4 engine DH86 Express. Designed to carry 6 - 8 passengers, it became one of the most successful British built short-haul aircraft of the era and despite its primitive plywood construction, it proved to be extemely durable.
It was the first new aircraft type to be flown at Hatfield after the company moved its flying activities to Hatfield from Stag Lane.  Production aircraft were known as the Dragon Rapide or simply the Rapide with the majority being the DH89A variant which was fitted with small trailing edge flaps.
The type was immediately successful in both the home and export markets with a significant number of pre-war British operators including Hillman Airways, Railway Air Services, Olley Air Services, Northern & Scottish Airways and Jersey Airways.
It also boasted a royal connection as Edward, Prince of Wales (later King Edward VIII) owned a DH Dragon Rapide and upon his accession to King, he flew the aircraft to London becoming the first UK Monarch to pilot their own aircraft. 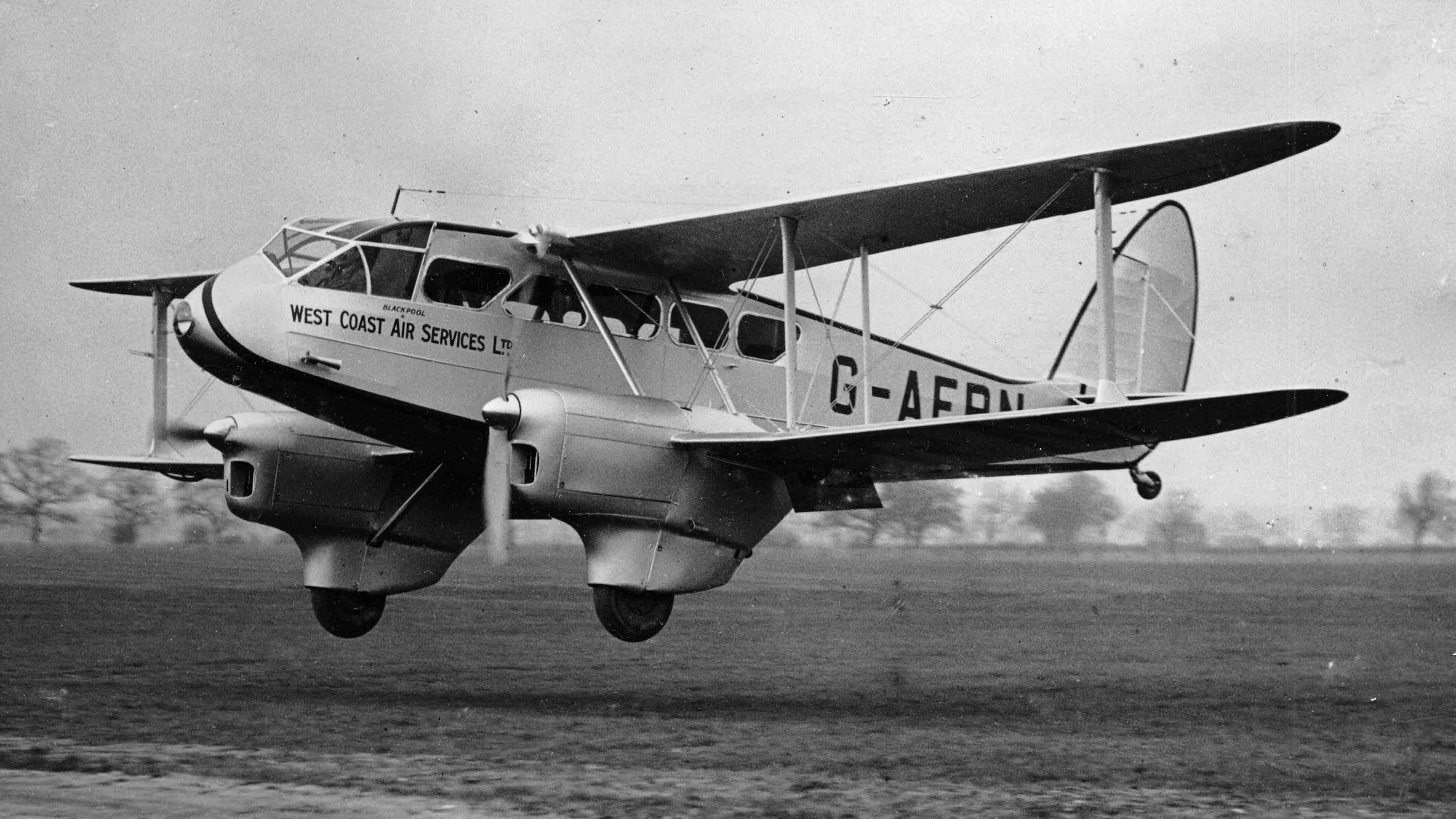 De Havilland DH89 Dragon Rapide G-AERN of West Coast Air Services in March 1937
With the outbreak of the Second World War, the type gained a new lease of life, entering RAF service as the Dominie in navigational training (Mk1) and communication roles (Mk2).  731 Dominies were utilised by both the RAF and Royal Navy as well as a number in air ambulance and transport roles.
Post-war, the type became a mainstay of the Highlands and Islands routes of BEA, the company operating nearly 20 of the type as their ‘Islander’ class.
A total of 728 DH89 Rapide and Dominie were built, 346 of which were Dominies built by Brush Coachworks in Loughborough in addition to a combined total 380 Dominies and Rapides built at Hatfield; two aircraft were also built from spares at Witney. Large numbers of Dominie aircraft were converted to civilian use post-war and the type is said to have been operated in almost every country in the world.  The DH89, in all its variants, provided a durable, simple and forgiving light transport aircraft which was eventually superceded by the De Havilland Dove and Heron types. 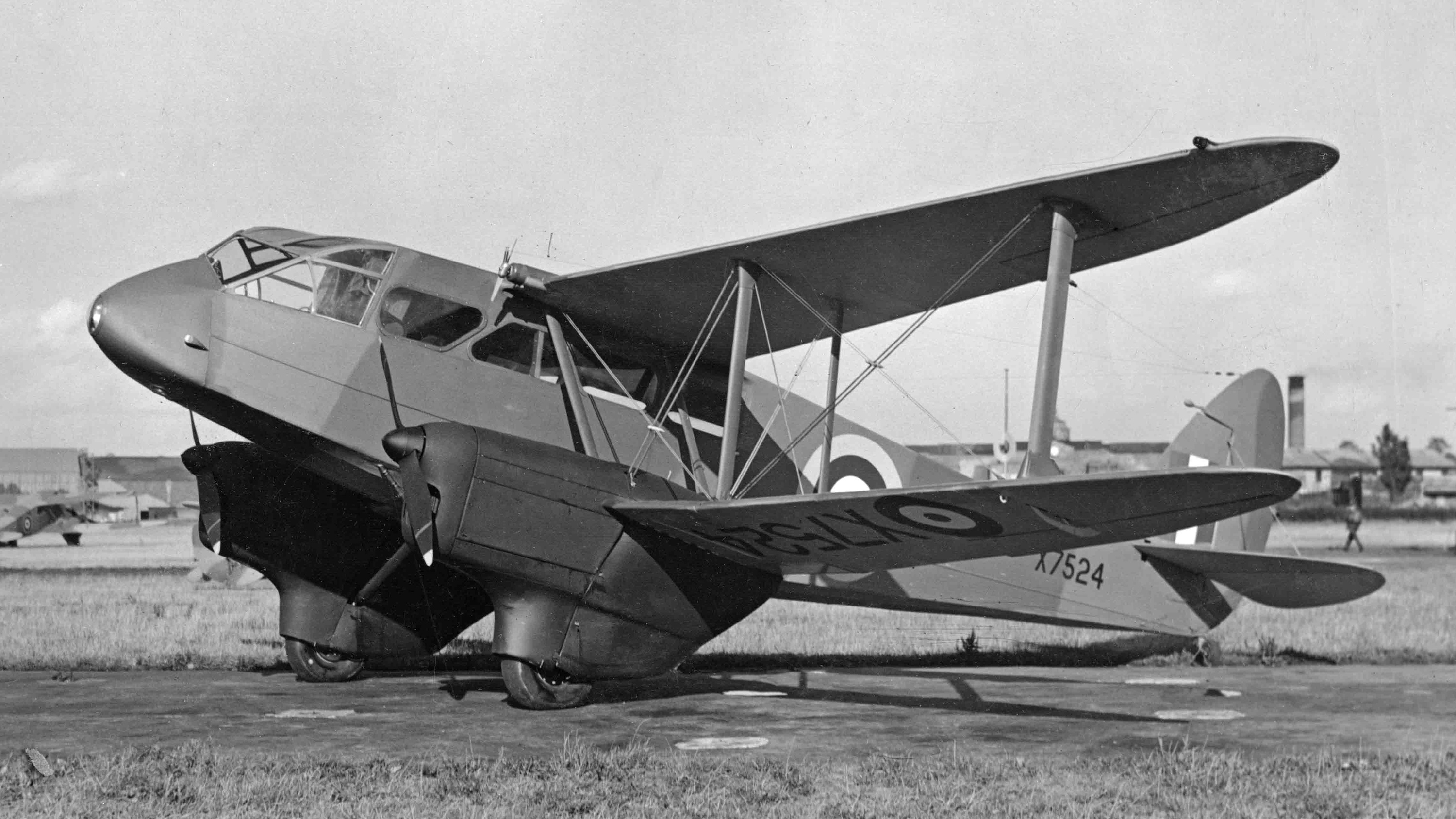