A fsuccessful our engine biplane airliner originally designed to meet the requirements of QANTAS. 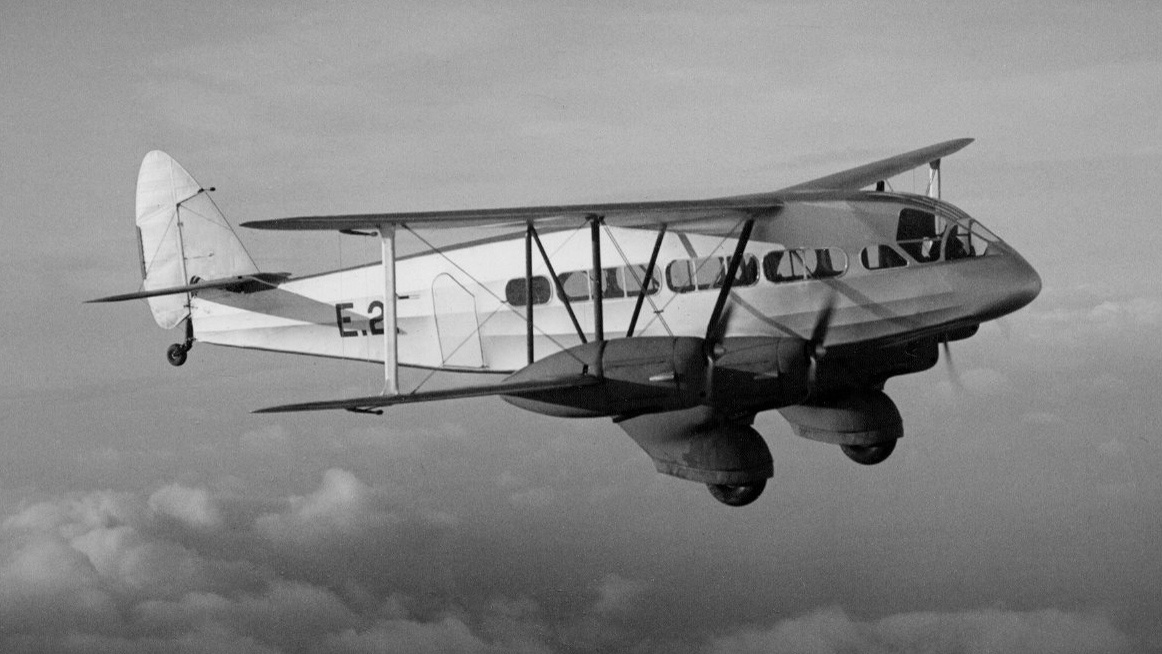 Designed to meet the requirements of QANTAS airlines, the Australian National Airline. They rejected the design because of its single-pilot configuration which they believed would lead to potential 'pilot fatigue' on longer routes.  De Havilland rapidly redesigned the DH86 into a dual seated nose section. The first three aircraft were already in producion however and so these were delivered to Railway Air Services in the UK with the single pilot configuration.

A fourth production aircraft was also supplied to Holyman's Airways of Launceston (Tasmania) and it was this aircraft that was initially marketed as the 'Express' or 'Express Air Liner' although this name was soon discontinued.

Main production thereafter, centred on the two pilot DH86, with the revised nose and cockpit arrangements (two crew being a minimum requirement for QANTAS and Imperial Airways).

The original prototype returned to De Havilland and was modified to this two crew arrangement, before being sold to Imperial Airways as ‘Delphinius’. 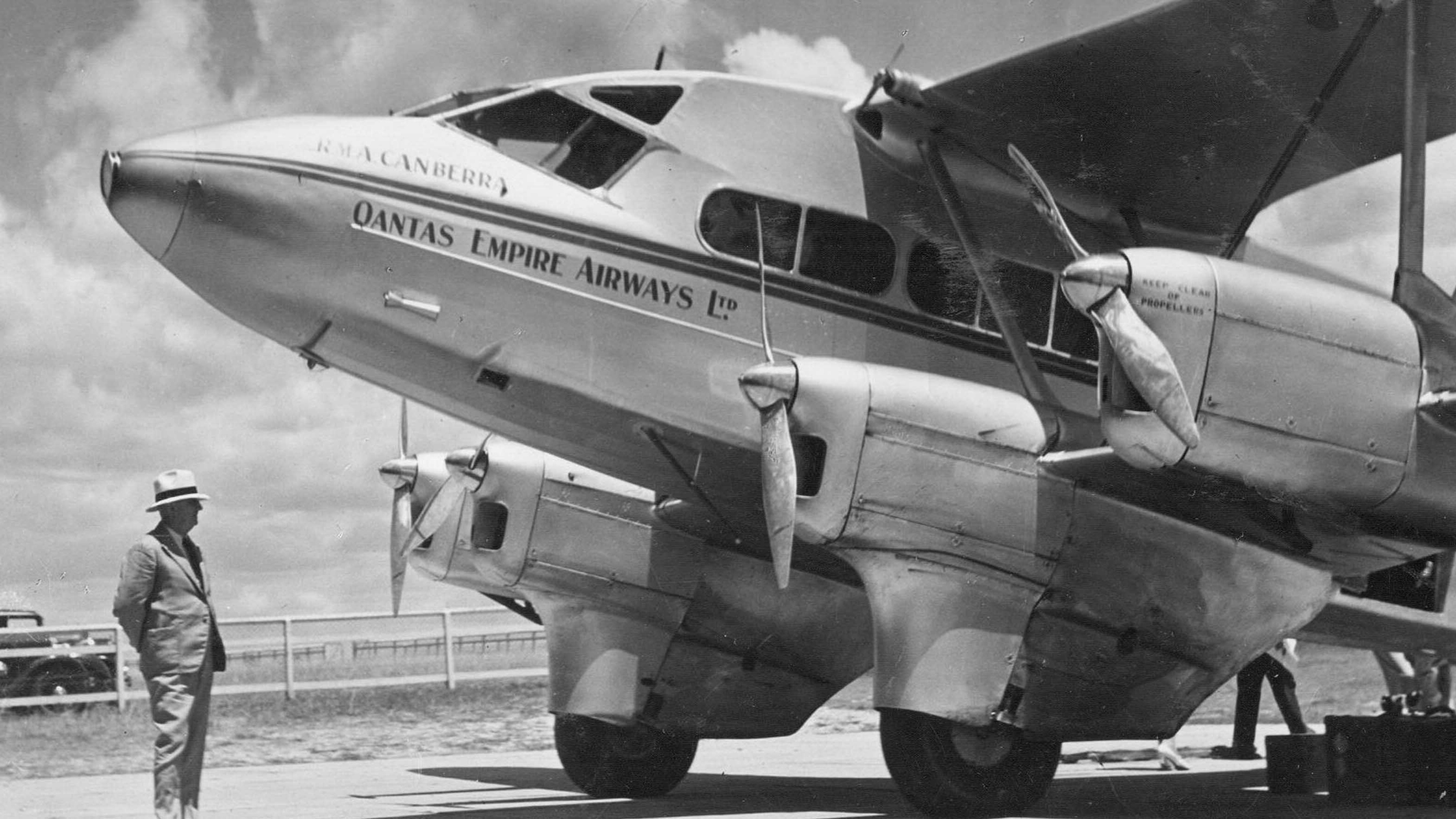 Some 29 aircraft in the two-crew DH86 configuration were built for QANTAS, Imperial Airways, Union Airways of New Zealand and for a number of smaller, independent British airlines.  Those that were delivered to Imperial Airways were given the class name 'Diana' and these operated on European and Empire Routes, including services between Khartoum and Lagos. 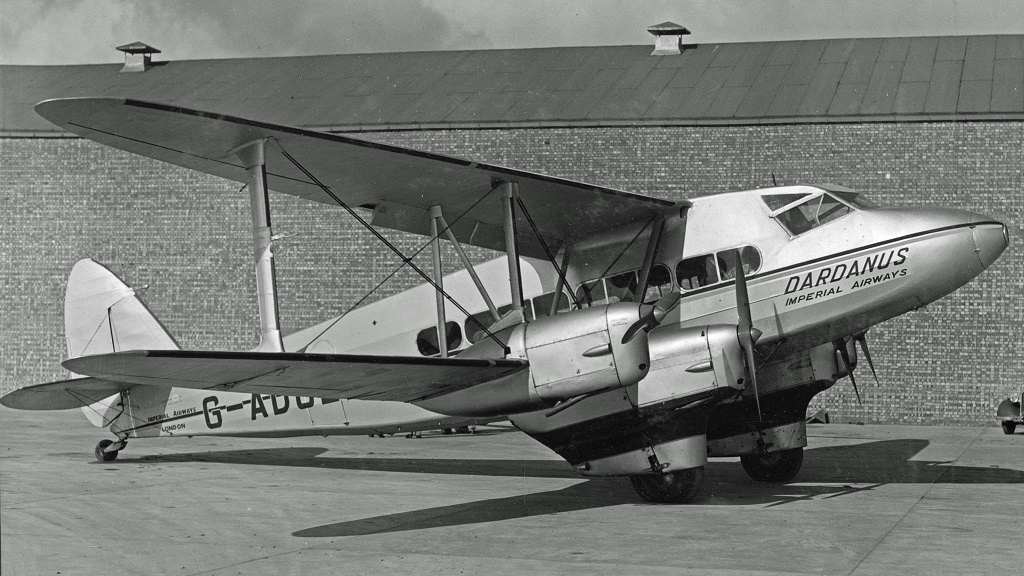 The next development was the DH86A, fitted with new undercarriage legs and brakes, a now metal rudder and modified windscreen lines - twenty DH86A in this style were built.

The DH86B appeared in 1927, featuring an enlarged tailplane complete with elliptical endplate fins, after which all existing DH86A were modified to this standard. Ten new-build DH86Bs were produced, three of which were exported to WR Carpenter Ltd, in Australia.

Total production finally comprised of sixty-two aircraft, made up of 32 DH86, 20 DH86A and 10 DH86B with most still flying commercially at the outbreak of World War II.  Those operating for Railway Air Services were seconded into miltary use as communications and navigational trainers. 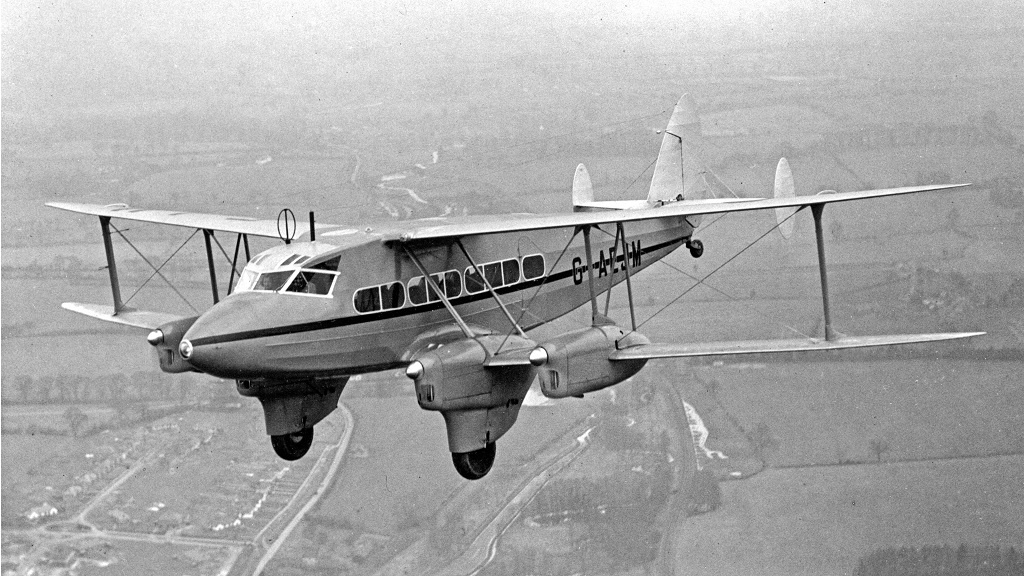 Only a few DH86's survived the war and the last example was burnt out whilst in UK air charter service in 1958.