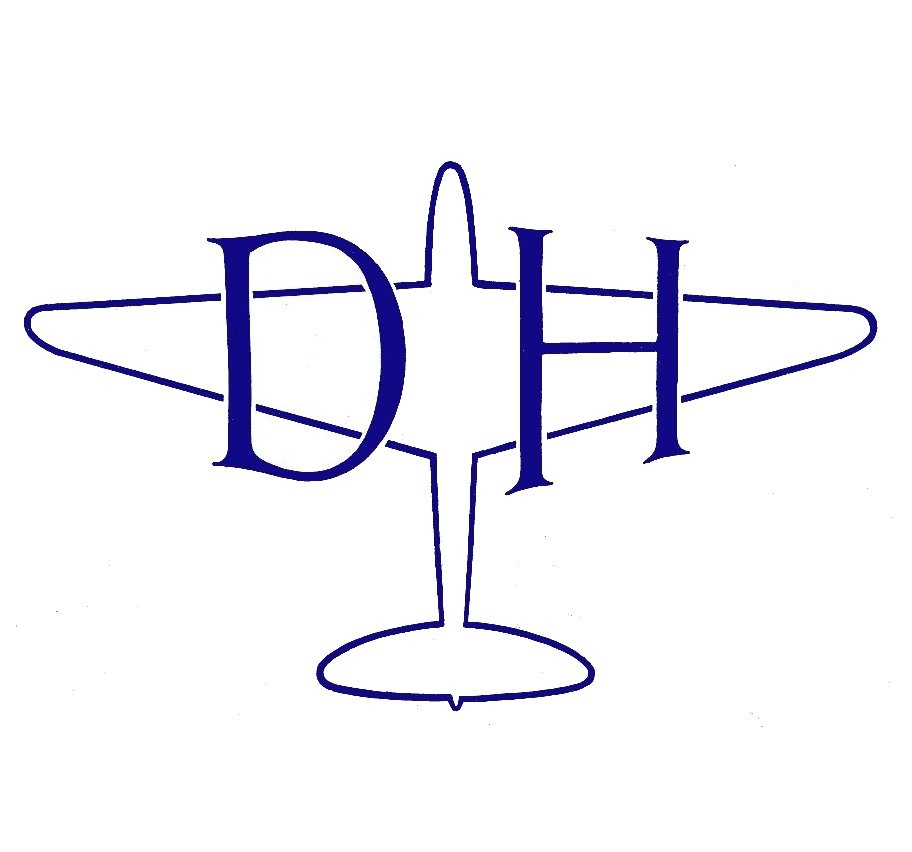 The De Havilland Aircraft Company was formed in Hendon, North London by aircraft designer and pioneer Geoffrey de Havilland on 25th September 1920.
Space restrictions meant however that it moved almost immediately to Stag Lane Aerodrome, Edgware where it produced some of the most successful aircraft of the inter-war years.
Financial support to start the company (£10,000) came from de Havilland's former employer George Holt Thomas, founder and chairman of The Aircraft Manufacturing Company (Airco) and for whom Geoffrey had worked after leaving the Royal Aircraft Establishment (RAE) Farnborough.

Despite a few early successful single and two-seat military biplane designs, de Havilland soon became frustrated with the Air Ministry's technical and procurement procedures during and after World War 1. He quickly decided that the new company should concentrate on the fast-emerging commercial and private aircraft market rather than the contentious and often difficult military aircraft option. Initially, the new company struggled through a lack of investment and they made little impact in the industry.

In 1921 however, they were approached by wealthy businessman Alan Butler, who wanted them to build him a new DH37 sporting aircraft. Before too long de Havilland and Butler became firm friends and Butler was so impressed by the men that built his new aeroplane that he asked Geoffrey if they (the company) 'could do with some extra investment?'

Butler invested heavily in the company and helped fund the purchase of Stag Lane before becoming Company Chairman in 1924.  This allowed de Havilland to concentrate on his design whilst Butler ran the business, developing the sales, marketing and production resources.

Often referred to as ‘The DH Enterprise’, the company quickly expanded its engine and propeller production becoming a major provider to a network of aircraft producers, as well as establishing new manufacturing facilities in both Canada and Australia in the late 1920’s.

In 1925, the company designed and began production of the very successful Moth series of light aircraft, a product which was to bring financial stability and success and led to numerous developments of the type.

By 1930, The De Havilland Aircraft Company Limited had established Hatfield as its main manufacturing facility, alongside the newly constructed A1 Trunk Road which provided quick and easy access to the North as well as London to the South. Hatfield was a fast growing suburban town which provided an abundance of young, enthusiastic engineers as well as comfortable, quality housing.

Other factories also supported DH in its war effort, most notably at Leavesden and Witney in Oxfordshire. 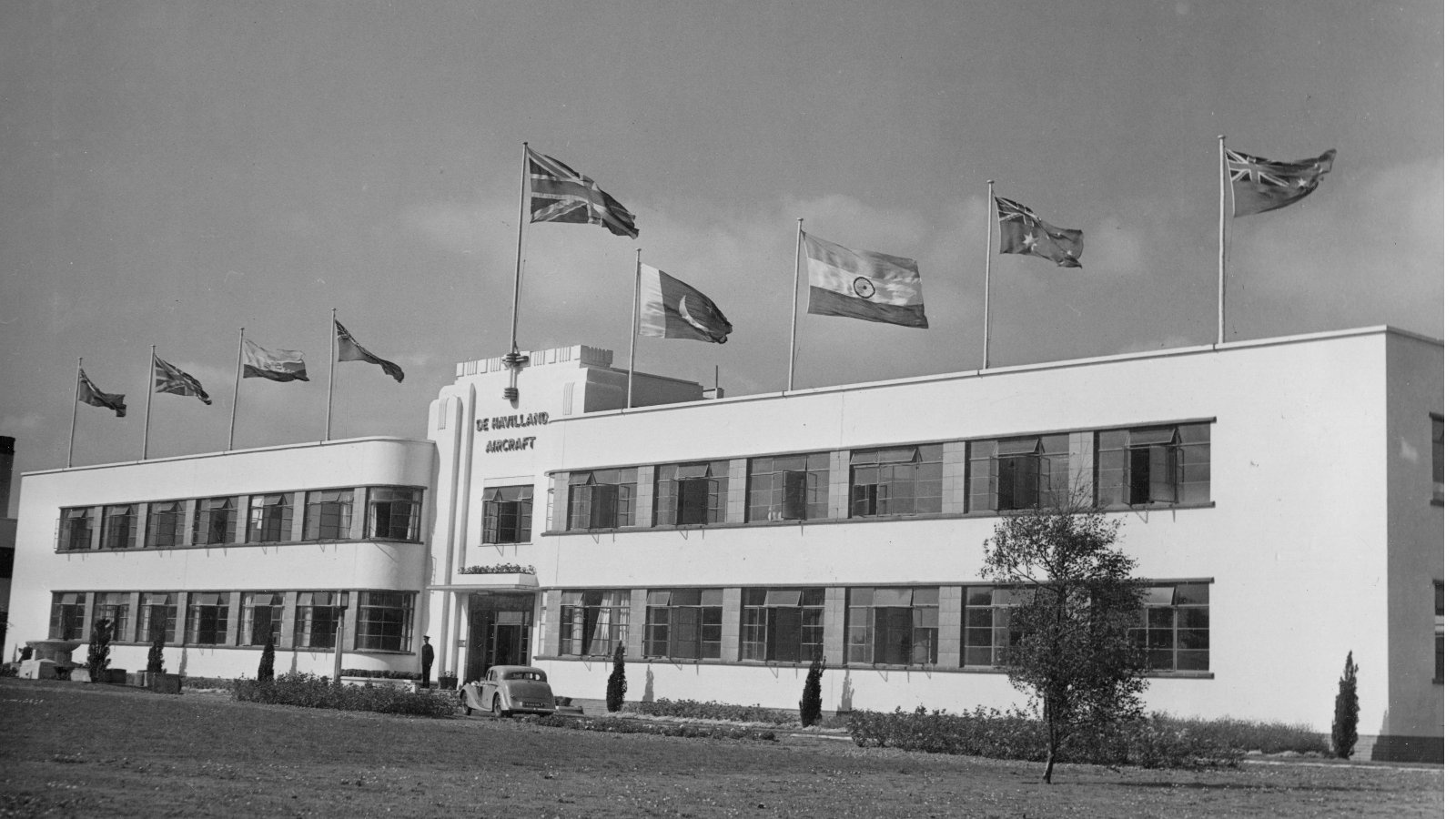 A number of iconic aircraft followed such as the DH Dragon and DH Dragon Rapide.  With darkening clouds over Europe and World War II on the horizon, De Havilland Aircraft returned to the design and production of military types.

In 1938, the Air Ministry were looking for a heavily-armed multi-role aircraft by 1940 they had issued a specification calling for 50 aircraft for a bomber / reconnaissance role.  Despite varying claims made by De Havilland, their DH98 submission was considered 'too radical' and rejected by the Ministry.  De Havilland persevered however and continued their design work in secrecy at nearby Salisbury Hall. What emerged proved to be one of the fastest and most successful fighter bombers of the era - the De Havilland Mosquito.

With its high-performance well-suited to an unarmed, high-altitude reconnaissance role, the Mosquito was an instant success and over 7,780 aircraft eventually took to the skies where it proved to be the fastest British plane to see service in World War II.

During 1940 the company also expanded further with the acquisition of Airspeed Limited (see separate page) which operated in Portsmouth on the south-coast.  Producing aircraft such as the Oxford, Horsa Glider, Ambassador and Consul, Airspeed initially operated with its own product identity.  However, by 1951 it had merged fully with The De Havilland Aircraft Company Limited and was completing production Vampire Trainers for the military.

In 1943, the founder's 2nd eldest son John was killed in a 'freak' mid-air collision whilst test flying a Mosquito over St Albans whilst in 1946, eldest son Geoffrey de Havilland Junior lost his life whilst carrying out high-speed trials in the DH108 Swallow, a tailless swept-wing aircraft.

Better times followed for a short period when company Company Test Pilot John Derry is believed to have been the first British pilot to exceed the sound barrier in the DH108 in 1948.

Danger nevertheless was always evident in the life of any test pilot and Derry himself, along with observer Tony Richards, were to tragically crash at Farnborough Air Show on 6th September 1952, whilst displaying a DH110 Sea Vixen.

The company then suffered its biggest tragedy and set back with an aircraft considered to be 'one of the greatest technological advances of the age'.

The DH106 Comet, the worlds’ first pressurised jet airliner, suffered a series of disasters between October 1952 and April 1954.  With their most significant aircraft grounded for 4 years it allowed the giant US Boeing Company to capture the valuable Trans-Atlantic market and secure airline confidence worldwide.

Metal fatigue, a new problem for aircraft construction, was found to be the cause and although Comet returned to service in 1958, the impetus had been lost. 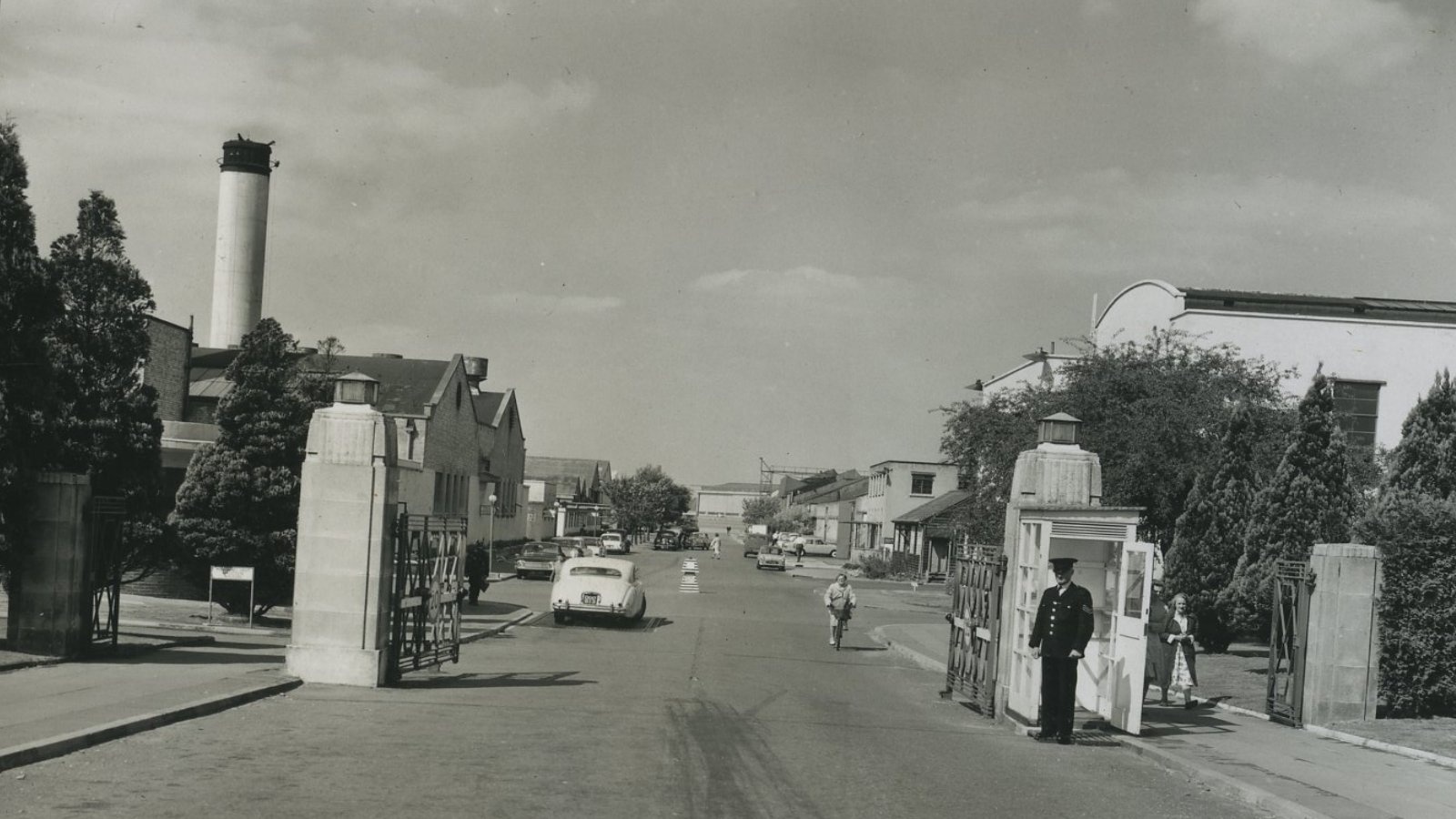 The re-organisation of the aircraft industry at the end of the 1950s saw the De Havilland name survive for a short while although during 1963 it was renamed De Havilland Division of Hawker- Siddeley Aviation.

It continued to produce many of its innovative designs such as the three-engine DH121 Trident and the DH125 Jet Dragon (later to known as the HS125 / BAe125) and these are cover on their own individual web pages.

Innovation continued under British Aerospace well into the 1990's with major involvement in the A300 program (HBN100) and HS / BAe146, one of the most successful of the European 'Feeder-liners'.

Hatfield was finally closed its doors in 1993 and although many mourn its loss, the site today employs more people than it did during it's heyday of aircraft making.