The first new commercial aircraft to fly in the UK after the end of the Second World War.

The De Havilland Aircraft Company DH104 Dove was a short-haul small airliner developed in the 1940's as a result of the Brabazon report which mapped the future of the UK aircraft industry, post World War II.

Designed by Ronald Bishop, famous designer of the De Havilland DH98 Mosquito and later the De Havilland DH106 Comet Airliner, the DH Dove prototype (G-AGPJ) was flown for the first time on 25th September 1945, which coincidentally was the 25th anniversary of the formation of the company.

Unlike its predecessor the De Havilland DH89 Dragon Rapide, the DH Dove was an entirely metal construction and featured a number of key innovations such as constant feed propellers and a fully retractable tricycle undercarriage.

In its standard configuration, the DH Dove could carry between 8 and 11 passengers, with an easy conversion between the two achieved by adding or removing the lavatory compartment or the rear baggage area.

Additional to its obvious commercial airline use, the DH Dove often encountered more diverse roles such as in aerial surveys, emergency duties as an air ambulance and even as a Flying Classroom in more out-lying communities of expansive nations. A number of aircraft were also fitted out to accommodate the busy Company Executive role complete 5 seats and a table, a variant which proved popular at home and in the US market-place.

Typically crewed by a Pilot and a Wireless Operator, a co-pilot's second set of controls could quickly and easily be fitted for the more long endurance flights where periods of rest were both essential and mandatory.

544 examples of the DH Dove were built over a production run that extended for twenty-three years. The last aircraft to be built was G-AVVK, a DH Dove Mk 8 which was delivered in February 1968.

The design was one of a very elegant appearance, with clean lines and a sweeping dorsal fin reminiscent of that fitted to the DH103 Hornet fighter. The initial production model, the DH Dove Mk 1, was powered by two 330hp Gipsy Queen 70 engines. 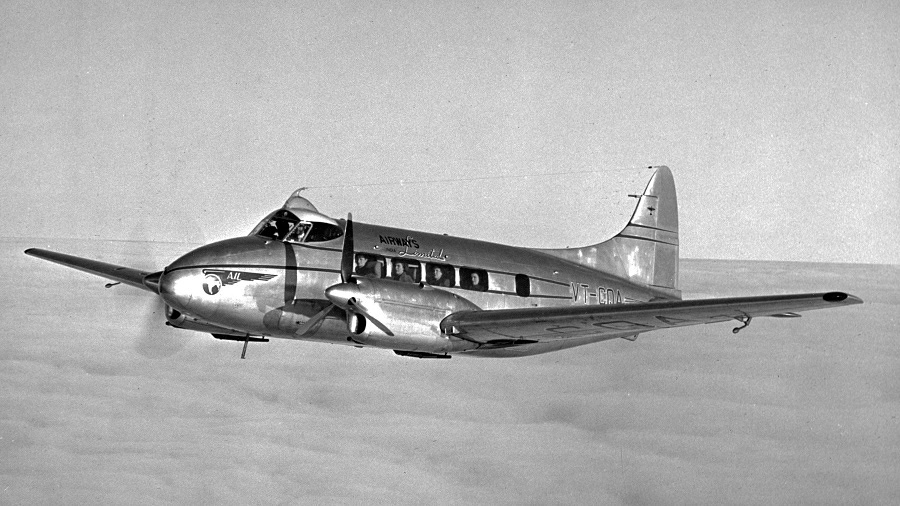 Various models of the De Havilland Gipsy Queen engine were used throughout the production run. Power was increased progressively to 400 hp by the time the final models, the DH Dove Mk 7 and Mk 8 appeared. This increased power also allowed for an increase in all up weight for an improved payload range performance.

Later military transport and communication aircraft were know as the DH Devon C Mk1 & Mk2 with a DH Sea Devon serving with the Royal Navy.

By far the largest order for the type was placed by Argentina who eventually took 70 aircraft, mostly used by the Argentinian Air Force.

Over 50 aircraft were sold in the USA whilst the initial batch of 30 RAF aircraft were used for over 30 years in a VIP or personnel transport mode.  The Royal New Zealand Air Force also took 30 aircraft which lasted in service until the mid-1970's.

The DH Dove Mk 7 and Mk 8 also featured a smooth upper canopy line, similar to that adopted for the DH114 Heron. 39 DH Dove Mk 4 aircraft were also delivered to the RAF for communication duties as the Devon C.Mk.1; 13 similar aircraft were supplied to the Royal Navy as the Sea Devon C.Mk.20.

A number of aircraft were re-engined with two 400hp Lycoming IO-720 engines; these aircraft featured a large, exaggeratedly swept, fin and were known as the Riley 400. A few aircraft received the Lycoming engines but still retained the original tail surfaces. 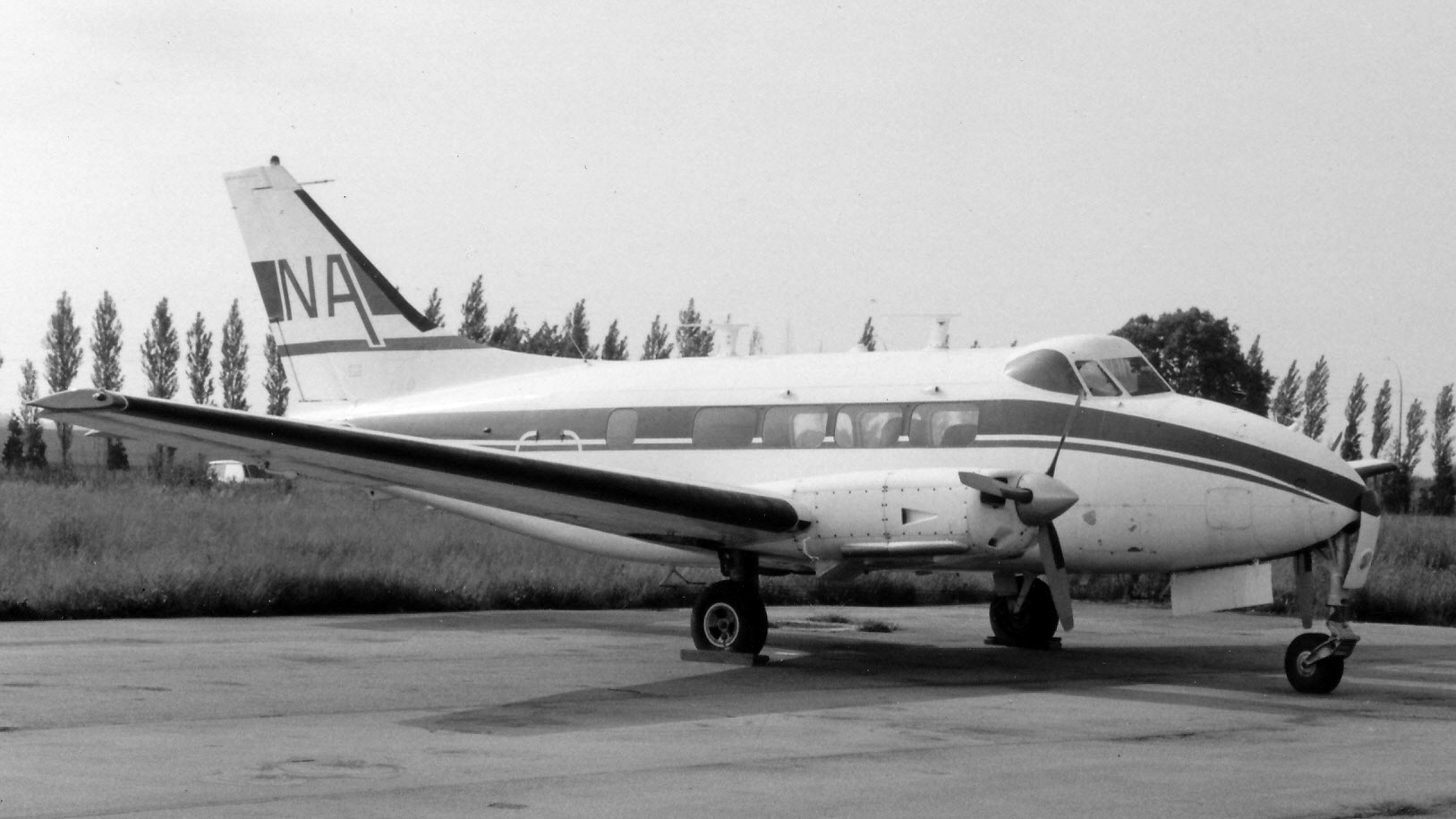 Riley 400 conversion from DH104 showing swept fin and Lycoming engines
Whilst a number of aircraft are still considered to be 'live' aircraft, none have a certificate to fly at present.

The CAA database of registered aircraft recorded nine DH Doves in February 2013, mostly DH Dove 8s, although at that time none of these aircraft had a current Certificates of Airworthiness.
The following aircraft may be seen in museums: