Our Company Heritage Bristol 192 Belvedere
A tandem rotor helicopter which served in the conflict in Borneo and Aden. 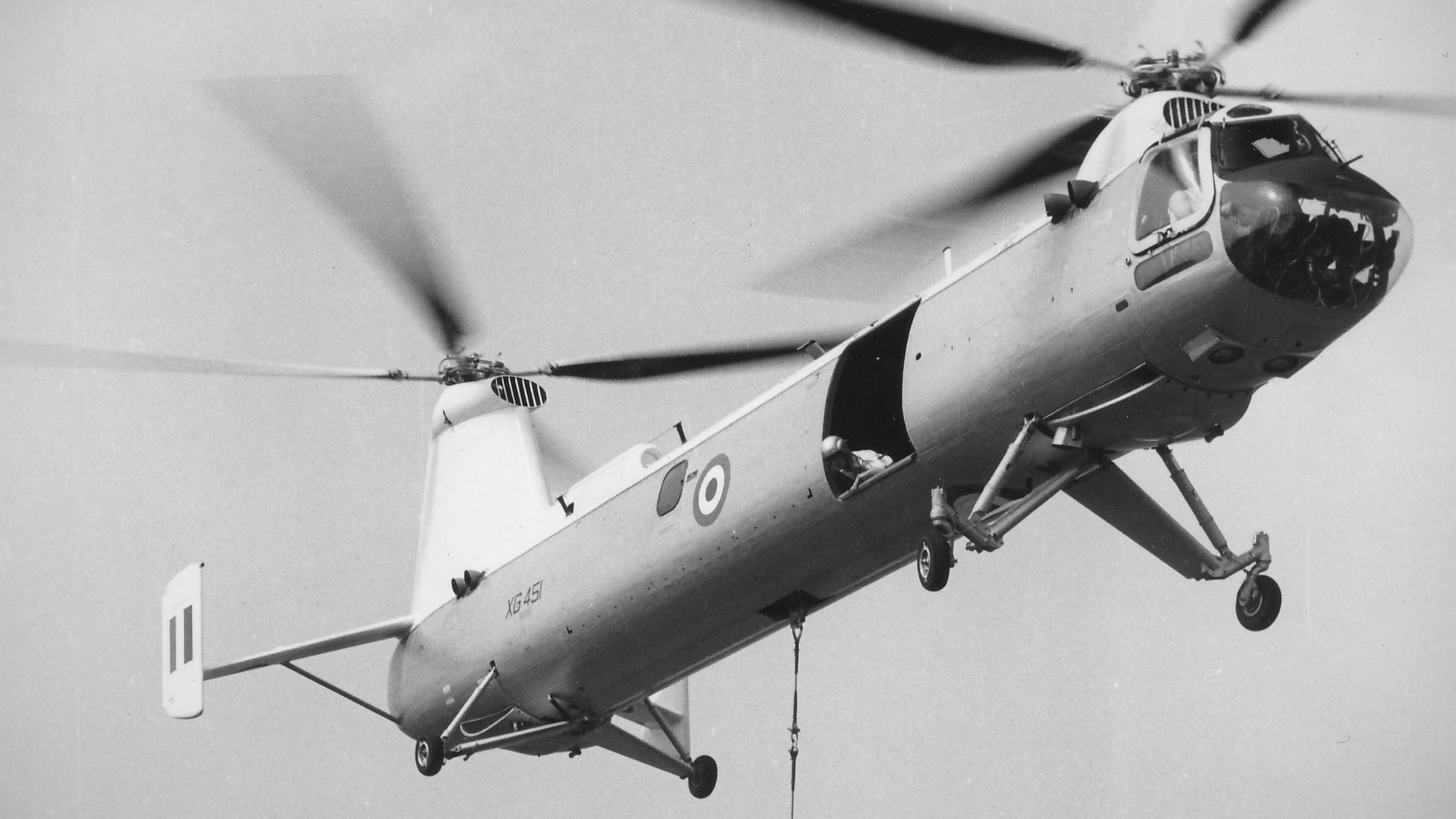 The Bristol Aeroplane Company Type 191 Helicopter was a proposed development of the Bristol Type 173 a very slender, 13-seater tandem rotor transport helicopter of the very early 1950's. The Type 191 was  however, designated for naval operations.

In April 1956, three prototypes 191's were ordered with the Leonides Major power unit for both the British and Canadian Navy's. Although the prototypes featured the Alvis Leonides engines, the proposed production aircraft were scheduled to be powered by the Napier Gazelle turbo-shaft engine. Unfortunately, the contract was later cancelled with the all three 191 prototypes being used as development rigs for the subsequent Bristol Type 192 Belvedere programme.

It utilised wooden propellers and an upward opening main passenger and cockpit door. These were subsequently replaced by an all-metal propellers for controllability, with sliding doors as the old doors would often close inadvertently, due to the huge downwash. 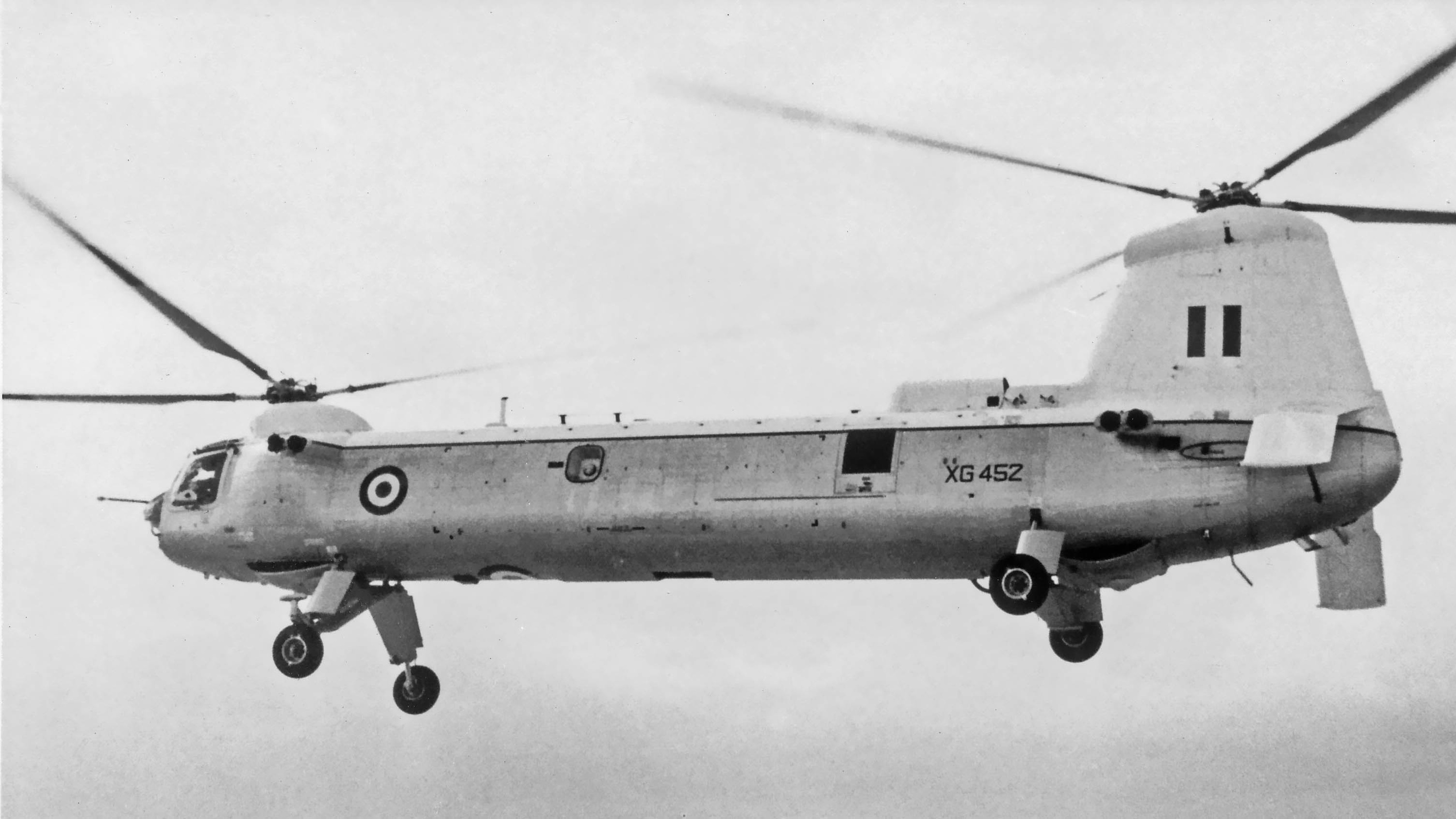 Bristol 192 Belvedere XG452 with production standard tailplane
Despite its design origins being in naval use, a number of these iconic rotary craft were later adapted to carry up to 18 troops. Bristol Aeroplane Company attempted to develop a civil variant (designated 192C) with seats for up to 24 passengers.
Despite Chief Test Pilot Charles 'Sox' Hosegood setting a helicopter speed record whilst flying between London and Paris in May 1961, the  Bristol 192Ce failed to secure any orders.

The type entered service with 66 Sqn RAF in 1961, also serving with 26 Sqn and 72 Sqn RAF. These squadrons were based in Singapore, Aden and the UK, respectively and the type also served operationally with considerable distinction in both Borneo and Aden.

In June 1960, the fifth prototype set a new speed record of 130 mph between Gatwick and Tripoli and it was a Bristol 192 Belvedere that 'dropped' the 80 ft tall spire onto the new cathedral at Coventry in 1962. 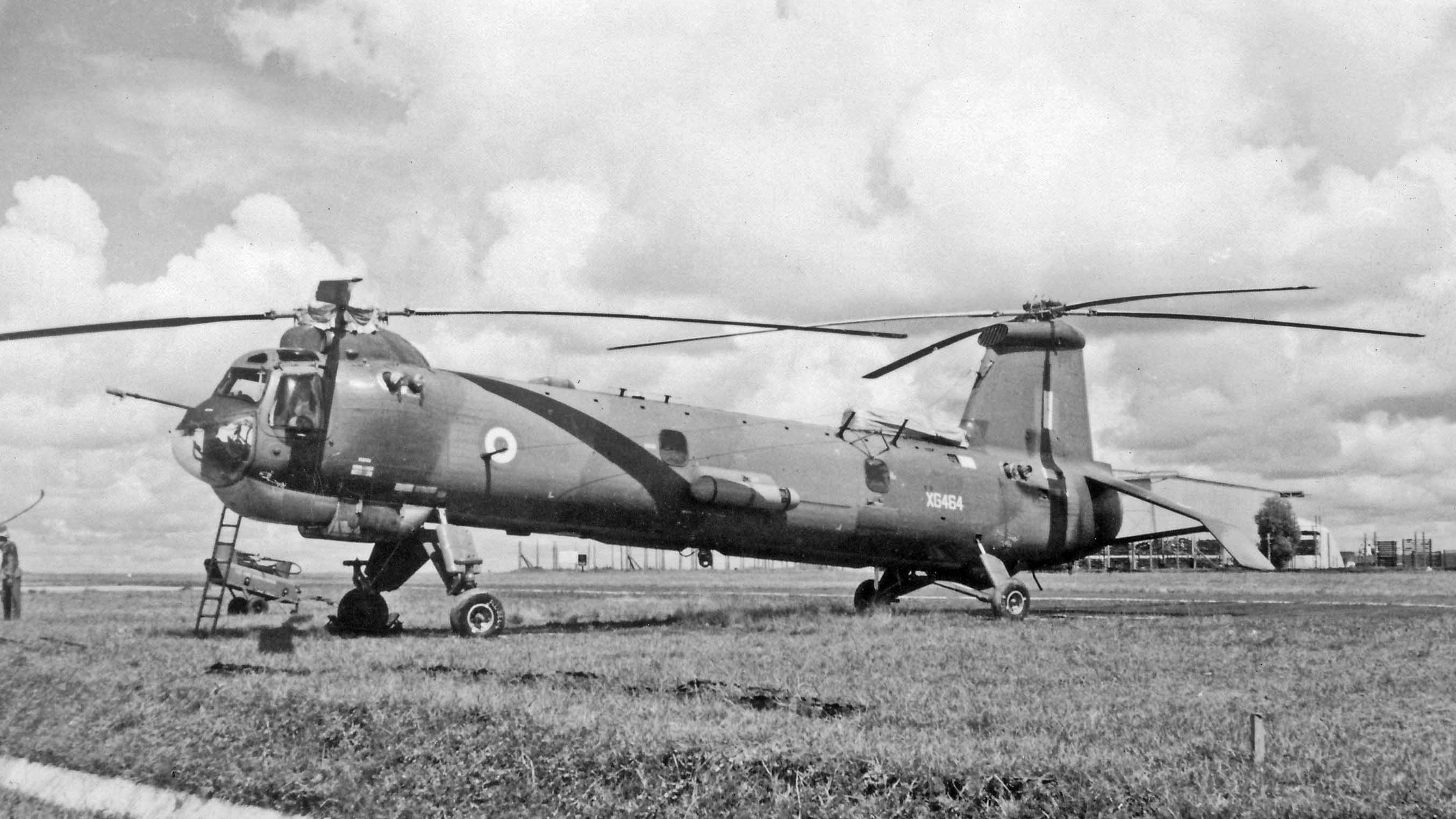 Bristol 192 Belvedere XG464 serving with the RAF in Singapore

In the casualty evacuation role, the Bristol Type 192 Belvedere could carry upto 12 stretchers, two sitting casualties and a medical attendant.

The type had a relatively low fatigue life of around just 1,600 flying hours which resulted in the it being withdrawn from service by March 1969 after just 8 years.