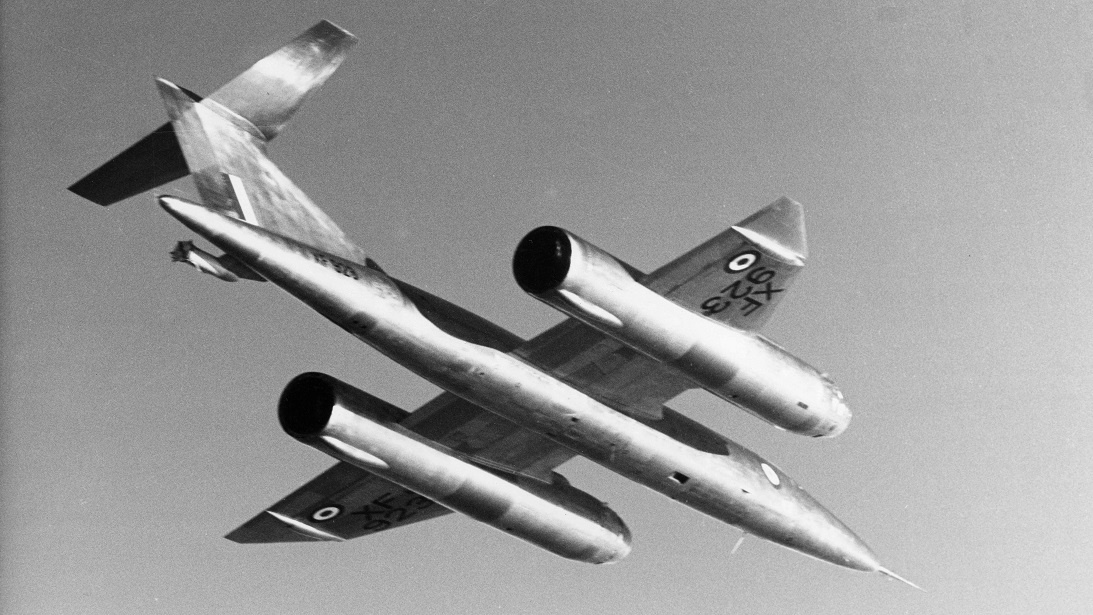 The experimental Bristol 188 XF923 in flight.

The Bristol Type 188 was an experimental twin engine aircraft designed and built by Bristol Aeroplane Company for sustained flight in excess of twice the speed of sound.

Its primary construction was of stainless steel, to avoid the potential kinetic heating limits of aluminium alloy.  Predominantly a research aircraft, the Type 188 was often affectionately referred to as 'The Flying Pencil'.

In 1953, two prototypes (XF923 & XF926) and one static test airframe were ordered under contract and their construction and development continued alongside the Avro730 programme (another high-speed research aircraft expected to reach Mach 3).

An order was also placed for 3 additional aircraft to support the further development of an Avro 730 Reconnaissance Bomber although this was withdrawn upon cancellation of the whole Avro 730 project in 1957.  The Bristol 188 programme continued however.

New construction methods and materials were developed including the use of titanium and stainless steel fuselage panels because of the expected heat generation at high speeds.  The cockpit was also fitted with a refrigeration system although this was never used.   Frontal area was minimised with a long slim fuselage and a very thin (4%) wing section was employed.

The initial prototype (XF923) flew for the first time at Filton on 14th April 1962, with Test Pilot G.L. Auty at the controls.  It landed at Boscombe Down, from where it made a further 16 flights, before returning to Filton for it’s last two flights.  It made its public debut when flying on four consecutive days at the SBAC Farnborough Air Show, in September 1962.

The second flying prototype (XF926) utilised XF293's De Havilland Gyron Junior PS50 engines for its first flight on 26th April 1963, before the later Mach 2 engines were fitted.  The whole of the flying programme  for the second aircraft was conducted from Filton.

In all, 70 tests flights were carried out, the fastest being to 1,430 mph (purely coincidentally the equivalent of Mach 1.88), whilst the longest flight was just 48 minutes in duration. 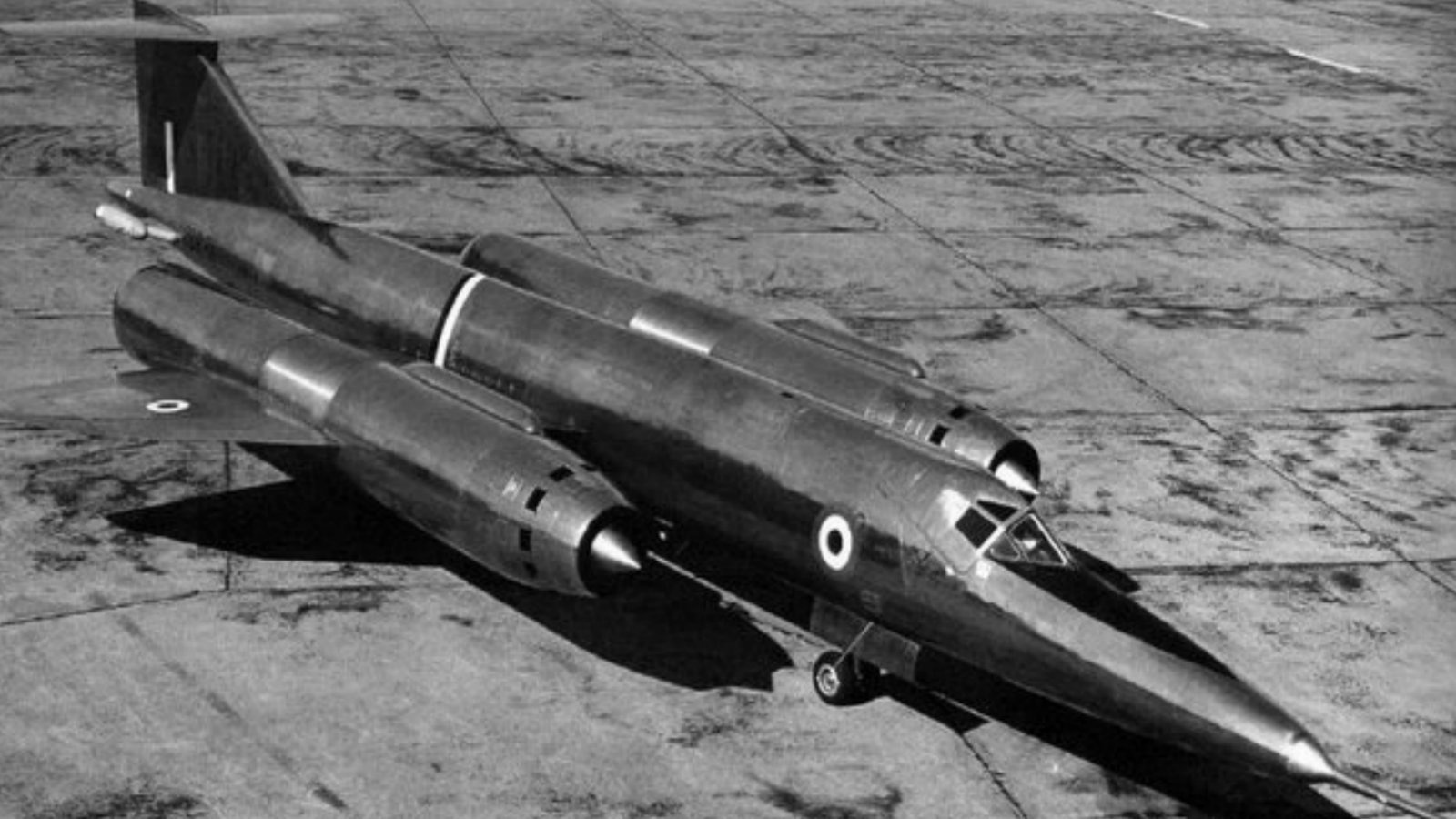 Although the aircraft was designed for speeds above 1,200 mph, its utility was limited due to its very restricted endurance at these speeds. With typical flight times in the order of 25 minutes, and with the two aircraft combined only completing at total of 70 flights (not all flights were test flights), the project was abandoned in 1964 after last flight on 12th January of that year.

Whilst some of the materials and construction knowledge gained through the Bristol 188 programme proved useful during the development stages of Concorde, a lot of the data gathered proved inconclusive for the advancement of Mach 2 and Mach aircraft.

The second prototype is preserved at the RAF Museum, Cosford, the first having been scrapped after use as a target at Shoeburyness Ranges.