Our Company Heritage Bristol 105 Bulldog
A popular and successful single seat fighter that replaced the Siskin in RAF service. 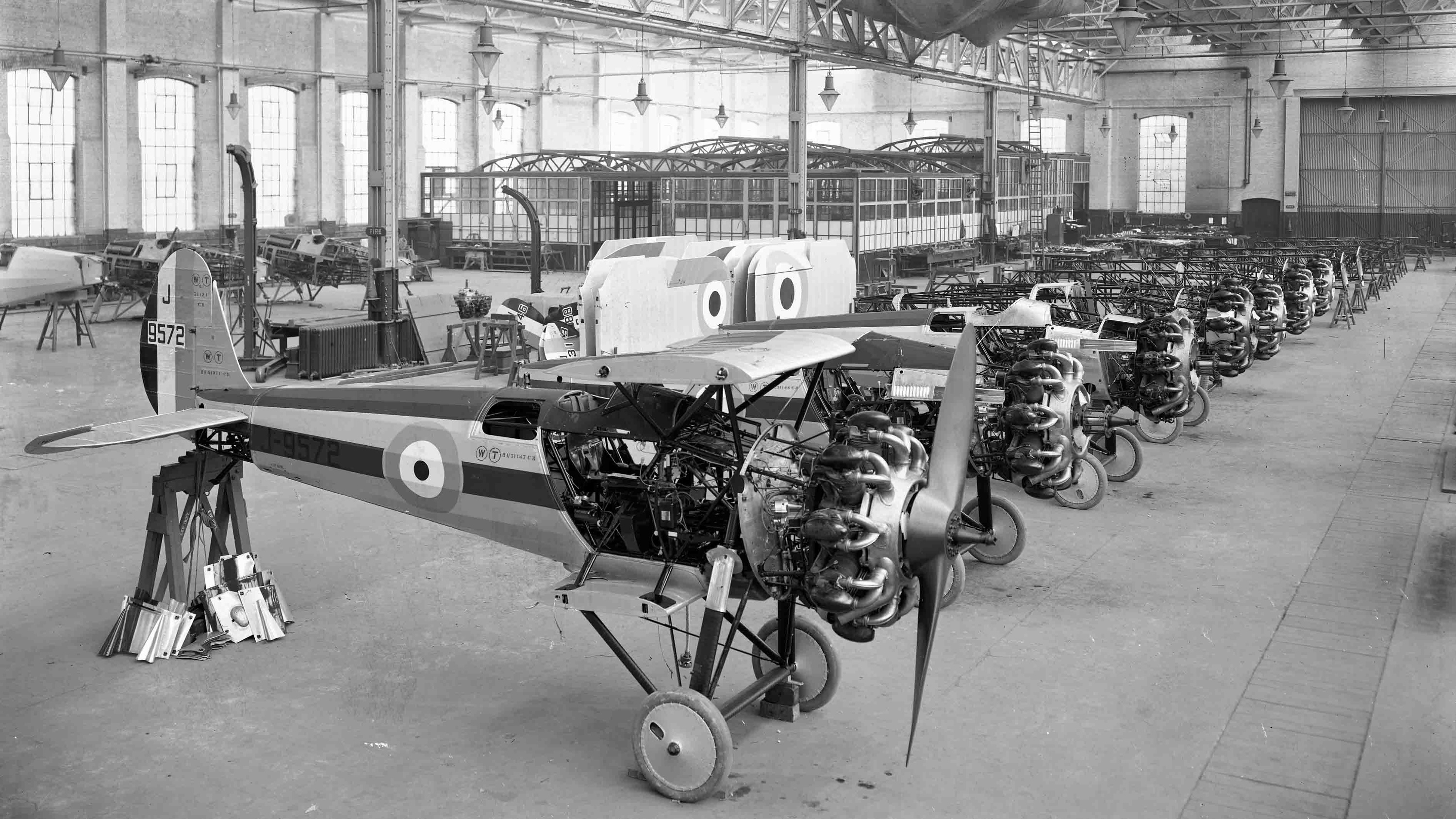 The prototype Bristol Type 105 Bulldog was built as a private venture with an eye on Air Ministry specification F.9/26 and flown (unmarked) by Cyril Unwins on 17th May 1927.

Designed for Bristol Aeroplane Company by Frank Barnwell, the Bristol 105 Bulldog was an air-cooled Bristol Jupiter-powered single-bay biplane, with a lower wing having reduced chord and span compared with the upper. The overall structure was all-metal, with a fabric covering with a semi-circular cut out on the upper wing to provide a maximum field of vision. Armament was provided by twin synchronised Vickers guns.

The Air Ministry ordered a single Bulldog Mk II J9480 for trials against the F.9/26 requirement. 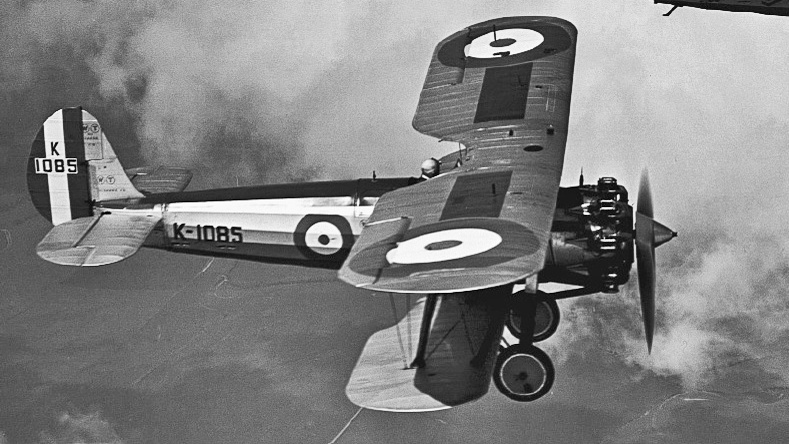 Unfortunately, the Bristol 105 Bulldog gained notoriety in 1931, when Group Captain Douglas Bader crashed his aircraft during unauthorised, low-level aerobatics at Woodley Aerodrome near Reading.  His injuries were so substantial that both his legs were amputated. Despite this, and unsatisfied with a desk job, Bader talked his way into the RAF and then famously played a major part in the Battle of Britain (as portrayed in the Rank blockbuster movie 'Reach for the Sky').

The Bristol 105 Bulldog never saw combat with the RAF however, being withdrawn from service in 1937 before the start of World War II. It did serve nevertheless, in the Sudan where it was used to reinforce the Middle East Command.

In 1939, ten Bristol 105 Bulldogs of the Finnish Air Force also saw service during the Winter War against the Soviet Union, often pitted against more superior opposition. 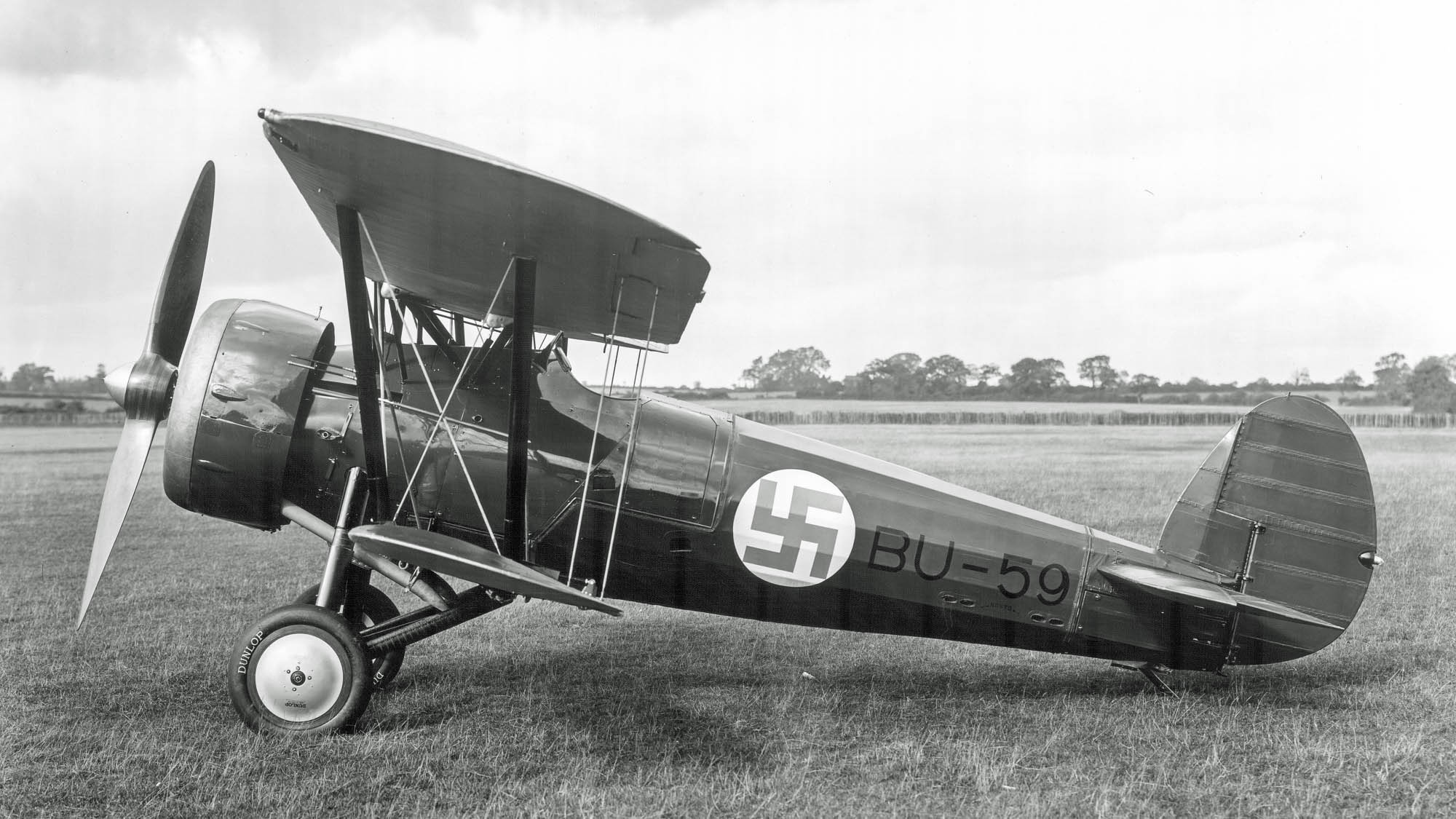 Finnish Bulldog IVA BU59 in October 1934. This aircraft survives and is on display in Finland.

The Bristol 105 Bulldog was also exported to several countries, including Latvia, Australia, Siam, Sweden, Finland, Estonia and Denmark. Additionally in Japan, two examples were manufactured under licence by Nakajima as the JSSF (Japanese Single Seat Fighter).

59 examples of a two seat trainer variant, known as the Bulldog TM were also procured and a total of 441 Bristol 105 Bulldog aircraft were built at Filton. 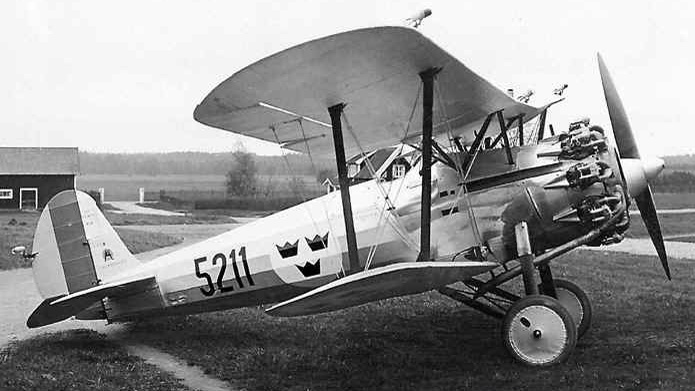 The type was extensively used as an engine test bed, including the Bristol Aquilla, Perseus and Mercury engines as well as the Gnome et Rhône 9ASB, the Napier Rapier, Armstrong Siddeley Cheetah X and Alvis Leonides among the alternative engines fitted. 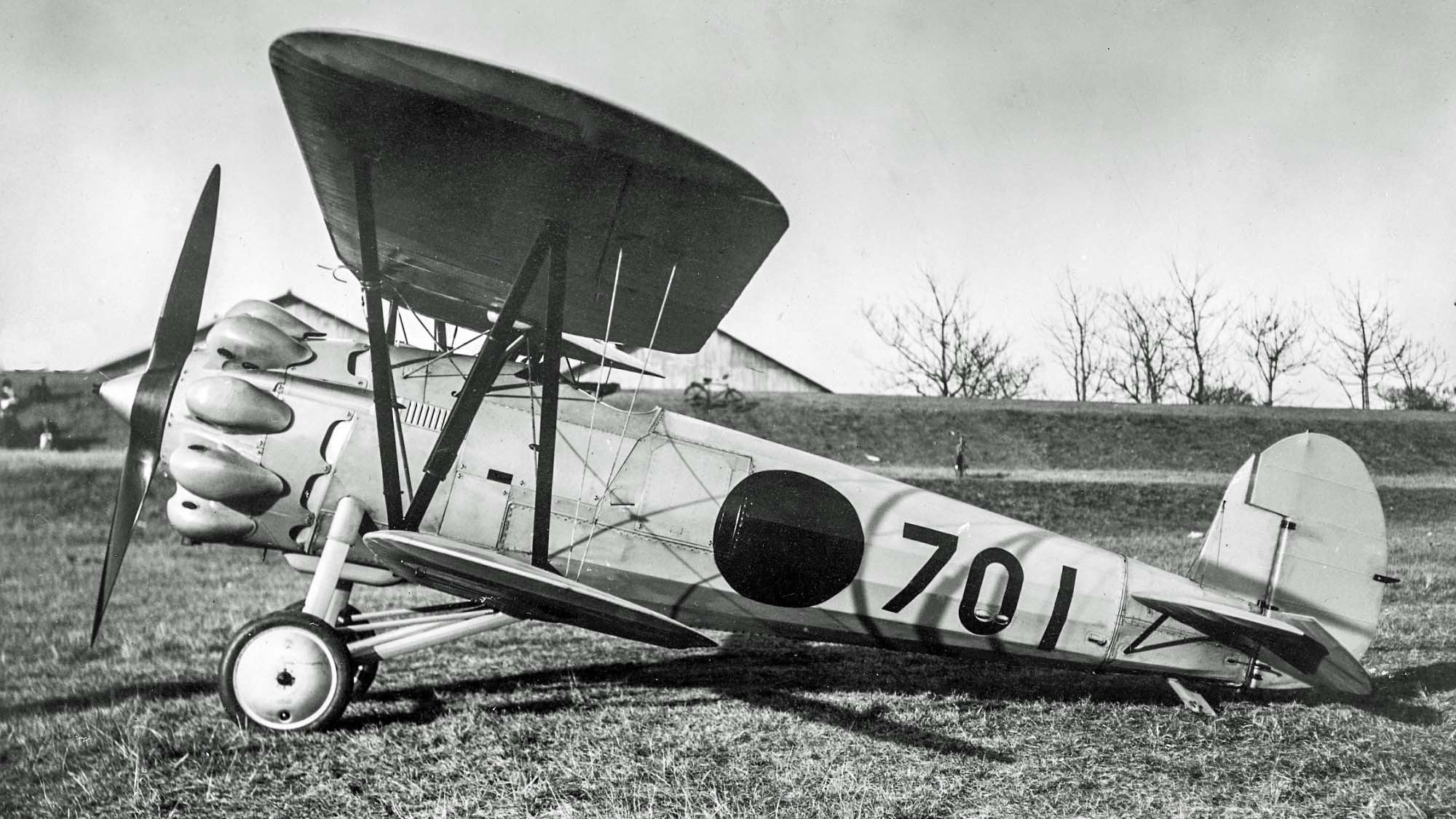 The first of two Bulldogs built by Nakajima and known as the JSSF (Japanese Single Seat Fighter).