Supporting our military community
Features VetNet
VetNet is our UK employee-led group that brings together and supports our colleagues who are veterans, reservists and their supporters.

Launched in 2020, VetNet provides a network for our employees who are veterans, reservists or supporters of the military family.  We have a long history of supporting the Armed Forces and, as a signatory of the Armed Forces covenant, we’re committed to recognising the valuable contribution that military veterans and reservists make to our company and society.
As a fairly new ERG, we saw the opportunity to make a difference within the company with respect to Veterans Affairs and support for reservists. Veterans Affairs over recent years have been very well documented, but are not always understood and the requirements of veterans can vary greatly. The positive benefits veterans and reservists can bring to an organisation are great and we feel that in the VetNet we can harness this aspect to greater effect.

, VetNet Co-Chairs
VetNet provides a community where members can share and learn from each other’s insights and experiences.  It also provides mentoring, support and a calendar of events and training throughout the year.
We aim to
I am proud to sponsor and support our veteran’s network due to the exceptional contributions that ex-service personnel make to our company and society. Veterans have a unique perspective on how our products will be used, that when combined with their adaptability, tenacity and team orientation, provides a significant value to BAE Systems and the Armed Forces that we support every day.

Meet some of our members

My name is Roger a.k.a. Yorkie B.  I served in the Royal Navy from 1972 to 1990. After basic training, I was drafted to HMS Hermes and went on a 9-month deployment, which culminated in us evacuating civilians from Cyprus following the Turkish invasion.
I then volunteered for the Submarine service, and served in HM Submarines Renown, Turbulent, Trenchant, and for a short while HMS/m Triumph. I also spent 18 months as an instructor in the submarine school instructing Officers, Senior Rates, and Junior Rates. I was invalided out of the RN due to a serious knee injury.
I first started working for BAE systems back in 2001 and was attracted to the company by my deep-rooted knowledge of, and affection for, Royal Navy Submarines – I know, I should get out more! I felt that I still had something to give to the whole enterprise.
I joined VetNet because of the support network it provides and the opportunity it gives me to connect with my veteran and reservist colleagues to ensure no one feels alone.

I joined VetNet during its inception, back in Aug 2019 as the rep for our Applied Intelligence business unit because I wanted to help increase the visibly of the ex-forces community.
I am a British Army veteran of 14 years with operational experience from Kosovo, Northern Ireland, Iraq and Afghanistan.  I joined the Royal Military Police in 2000 and quickly found out how not to make friends so I ended up becoming an interpreter in Pashto/Arabic.
I have just reached my two-year anniversary with BAE Systems Applied Intelligence and I chose to work for the company based on its links with the Defence sector. I also like the idea that employees not only have a big say in how the company grows and evolves but also on topics that make it an even better place to work.

I joined VetNet because I missed the comradeship of fellow service personnel - it’s a hard thing to forget as you and other ex-service personnel have been through the same experiences. You can also understand the ethos of Armed Forces and what it means to serve, deploy, etc.
I originally joined as a Boy Soldier (Junior Leader RAOC – Royal Army Ordnance Corps) in 1989 which was then amalgamated into the RLC (Royal Logistic Corps) in 1993. During my service, I was deployed to various conflicts and humanitarian operations around the world, and then I suffered a Severe Brain injury which left me house bound.  Over a period of 18 months, I completed a Graduated Return To Work (GROW) program where I learnt to read, write, walk and talk again due to severity of my injury. I fully recovered and proudly completed 27yrs + before discharge in 2016.
I have been working for BAE Systems since 23 March 2020 (the day that Lockdown was announced).  I chose them because I knew it was a very good company to work for, that they employ a lot of Ex-Forces and support their transition into civilian life.
So far, the impact of VetNet to myself personally has been very positive and I know that we can bring VetNet to the forefront and support all Ex-Forces in whatever route they take within the business.
BAE Systems is committed to being an inclusive organisation with a diverse workforce that reflects the global communities in which we work. We believe that developing an inclusive, diverse workplace in which all employees can be their best selves and contribute their unique experiences, beliefs and insights helps us drive innovation, enhance employee engagement and accelerate our performance. It’s is not just the right thing to do, it will differentiate and strengthen our competitive advantage for the future.
Contact

We want to build an inclusive environment, in which all colleagues can thrive and contribute their unique experiences.
Find out more
Learn more 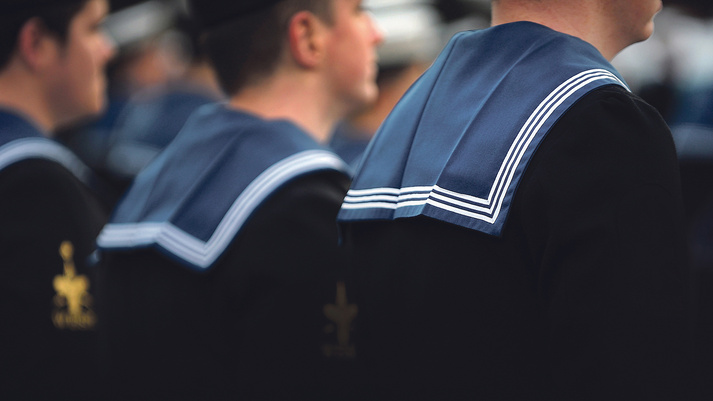